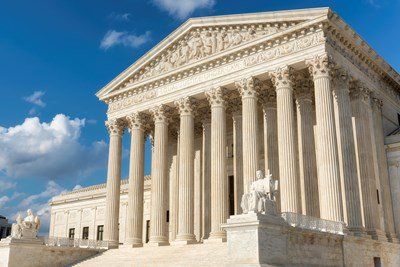 AUSTIN, Texas (BP) – A Texas law that prohibits abortion when a fetal heartbeat can be detected became effective Wednesday in a barrier-breaking development hailed by pro-life advocates and decried by abortion-rights defenders.

The U.S. Supreme Court’s refusal to block enforcement of the measure in response to a last-ditch request by abortion-rights organizations meant the law became the first heartbeat ban to take effect in the United States. The Texas Heartbeat Act’s prohibition on abortion when a fetal heartbeat can be detected can bar the procedure as early as five to six weeks into pregnancy.

Georgia has a similar law that is caught up in legal limbo as it progresses through the court system. Legislatures in at least 10 states have enacted bans on abortions after heartbeats are detected. All have triggered lawsuits by abortion proponents.

The Supreme Court did not indicate its view of the constitutionality of the Texas law by declining to issue an order in the case. The justices have already agreed to rule in their next term on a Mississippi law that prohibits abortions of unborn children whose gestational age is more than 15 weeks. The high court has not scheduled oral arguments in that case for this term, which begins in October.

Unlike other heartbeat bans, the Texas law enables citizens to enforce it. The law authorizes a person to bring a civil lawsuit against someone who performs an abortion in violation of the law or assists in the performance of such a procedure.

“This law takes a novel approach to limit abortion in Texas,” said Elizabeth Graham, vice president for operations and life initiatives with the Ethics & Religious Liberty Commission (ERLC), in written comments. “We should appreciate every step that can be taken – whether through legislative channels, court decisions or cultural developments – to save one additional preborn life while supporting vulnerable mothers and families.

“Ultimately, we believe the state has a duty to protect every life, and the church must not rest until every level of government recognizes that responsibility.”

Texas Sen. Kelly Hancock, a Republican sponsor of the ban, said the “silence from the U.S. Supreme Court marks a giant step forward for protecting the sanctity of life.”

“Each day it remains in effect, the Texas Heartbeat Act will save the lives of more than 100 children known and loved by their Creator since before the foundation of the world,” he said in a written statement. “I can’t think of a higher honor than having had the opportunity to joint author this legislation and cast my vote toward making it the law of the land.”

Hancock is a member of Restoration Church, a Southern Baptist congregation in Southlake, Texas.

Tony Wolfe, associate executive director of the Southern Baptists of Texas Convention (SBTC), described it as “an important mile marker for the sanctity of life in the Lone Star State.”

“The 2,682 churches of the are firm in their conviction that life begins at conception and ends at natural death,” Wolfe said in written remarks. “While we believe the Texas Heartbeat Act is not a comprehensive answer to the problem of abortion in Texas, we celebrate it today as another important step in the right direction.”

Chelsey Youman, Texas legislative director for Human Coalition Action, called it “a historic and hopeful day” and expressed confidence in the law’s constitutionality.

“While today we are hopeful for the thousands of babies whose lives will be saved, we are also hopeful for their mothers,” she said in a written statement. “Regardless of whether abortions are available or not, pregnant women in Texas will face the same challenges in their lives they face now. These women will still need health care; they will need emotional support, resources, and assistance to create safe and stable environments for themselves and their families.”

Herbie Newell, president of Lifeline Children’s Services, described enforcement of the law as “great news for Texas and the thousands of human lives that will be saved. Even as more human life is protected, we cannot rest.”

Lifeline, the leading evangelical Christian adoption agency in the country, “will continue caring for pregnant women in crisis as we provide alternatives that support the sanctity of life while showing dignity to women and children,” Newell said. Lifeline has offices in Texas and 15 other states.

President Biden joined abortion-rights leaders in criticizing the Texas law. In a written statement, Biden said the ban “blatantly violates the constitutional right established” by the 1973 Roe v. Wade decision, which legalized abortion throughout the country. His administration is “deeply committed” to the right to abortion and “will protect and defend that right,” he said.

Nancy Northup, president of the Center for Reproductive Rights (CRR), said enforcement of the law means Texas politicians “will have effectively overturned” the Roe ruling. “It’s cruel, unconscionable, and unlawful,” she said in a written release.

The CRR, Planned Parenthood Federation of America and the ACLU were among the organizations that made an emergency request of the Supreme Court Aug. 30 to halt the Texas law’s enforcement. The abortion-rights advocates asked for the high court’s intervention after the Fifth Circuit Court of Appeals, which includes Texas, rejected their Aug. 29 request for such action.

With its population of more than 29 million people, Texas became by far the most populous state to approve such legislation.

The Texas ban, which was enacted in May, includes an exception for a medical emergency in a mother but none for rape or incest.

In Mississippi’s 15-week abortion ban case, the ERLC and other pro-life organizations urged the Supreme Court in a friend-of-the-court brief filed in late July to reverse the 1973 Roe opinion. The state of Mississippi also called for the high court to overturn that decision.