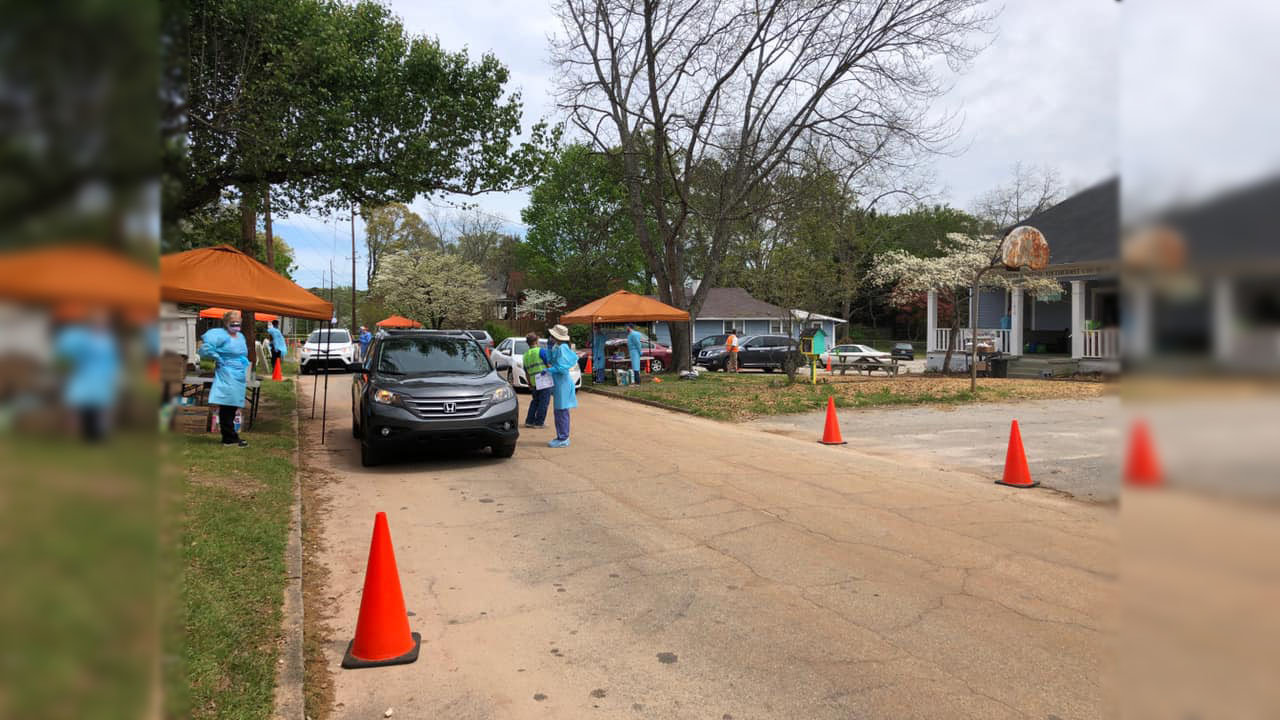 On the first weekend of April members of Clarkston International Bible Church directed those taking part in its drive-through COVID-19 testing clinic. In the weeks to come, the Georgia Baptist Mission Board will pivot its Mission Georgia emphasis to assist churches in ministering in such ways during the coronavirus crisis. CIBC/Special
Posted Wednesday, August 11, 2021 9:17 am
The Christian Index

Members of Clarkston International Bible Church volunteered in April at a drive-through COVID-19 testing clinic in this file photo.

DULUTH, Ga. – Just as church life was returning to normal in Georgia, the surge in COVID-19 has reached many congregations, forcing some pastors to close down small group Bible studies and to sideline choirs.

The highly contagious delta variant is hitting some congregations hard while skipping others altogether as it hopscotches through the state's unvaccinated population.

“As a pastor, you feel like you are getting going again and getting the wind back in your sails, and then, boom,” said Kevin Williams, pastor of First Baptist Church in Villa Rica, where attendance dropped from 1,000 to 400 in a single week. “It’s like a smack in the face.”

Georgia Baptist Mission Board Executive Director Thomas Hammond Jr. said he knows of no congregation in the state that has been untouched by COVID-19 at some point over the past 18 months.

“I know this latest surge isn’t what we had hoped for,” Hammond said. “We wanted this pandemic behind us. I know many of our pastors are feeling worn down and worn out. They may even be feeling disappointment and discouragement. But we should keep in mind that, as Georgia Baptists, we are not alone, that we’re standing strong together, and that God remains firmly in control in the midst of this pandemic.”

The surge of infections is filling hospitals in nearby states. In Florida, Arkansas and Louisiana, hospitalizations due to COVID-19 are higher than at any point during the pandemic.

Grenade filled in at Cottondale Baptist Church on Sunday for Pastor Chad Hendley who was recovering from COVID-19.

“It’s discouraging for pastors,” Grenade said. “Another setback just as things were starting to get back to normal.”

Williams, president of the Georgia Baptist Convention, encouraged fellow pastors not to give up.

“The difference this time is that we know what to expect,” he said. “We know how to respond, and that’s helpful. There’s no manual on this. However, we know that we’ve just go to keep going. We can’t stop. We’ve got to stay focused and stay faithful.”

Not every church has felt the effects of the delta variant.

At Mars Hill Baptist Church in Carrollton, which was hit especially hard last year, it’s business as usual. Instead of a decline, Sunday morning attendance continues to climb.

“We’re actually moving forward,” said Pastor Keith Raper. “We may be one of the few churches right now that are.”

Williams, who was hospitalized for 12 days with COVID last November, said his congregation had finally gotten back on track after last year’s outbreak when “the rug was ripped out from under us.”

“We had baptized our 80th person, then, all of a sudden, this,” he said. “We had to shut down our choir and shut down our small groups just to give everybody a chance to get over it.”