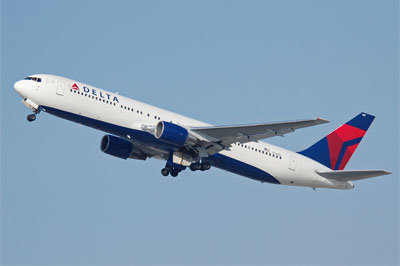 Posted Thursday, March 1, 2018 1:41 pm
Family Research Council
Could the alliance between Big Business and the GOP be coming to an end? We can only hope so! Four years ago, Delta Airlines filed trademark protection for their motto: "The World's Most Trusted Airline." While they might be able to protect their motto in a court of law, it's becoming more difficult to protect their claim in the court of public opinion. In 2016, after high-profile religious discrimination cases like former Atlanta Fire Chief Kelvin Cochran, Georgia lawmakers introduced a version of the Religious Freedom Restoration Act. Despite broad public support, politicians like Gov. Nathan Deal surrendered religious freedom protections to economic threats from Fortune 500 companies like Delta Airlines. Lately, corporations have weighed in with economic threats on a host of conservative social policies. This has increasingly put Republican lawmakers who support lower taxes and less regulation (all good for business) at odds with their constituents who are just as concerned about the moral economy. That conflict is now center stage in Georgia as Delta Airlines, headquartered in Atlanta, has again let the Left take the controls, this time weighing in not on the First Amendment, but the Second. In a slap at the National Rifle Association, Delta tweeted that it would be "ending the [NRA's] contract for discounted rates through our group travel program. We will be requesting that the NRA remove our information from their website." The decision, they tried to explain, "reflects the airline's neutral status in the current national debate over gun control amid recent school shootings. Out of respect for our customers and employees on both sides, Delta has taken this action to refrain from entering this debate and focus on business. Delta continues to support the 2nd Amendment." Neutral? The status quo would have been neutral. This was a direct attack on Americans who believe in the right to keep and bear arms. In a desperate attempt to justify the move, a spokesman insisted that the airline wouldn't get involved in "any side of any highly charged political issue that divides our country." Really? How do they explain signing on to Supreme Court briefs supporting same-sex marriage, an idea that half of the country opposes. Somehow that wasn't a "highly charged political issue that divided our country?" If you're going to advocate radical causes, at least be honest about it. Fortunately, Republican lawmakers are finally standing up to Big Business, Lt. Governor Casey Cagle (R), who's a front-runner for governor, had news for the airline. If Delta ends its partnership with the NRA, they can kiss their tax breaks goodbye. "I will kill any tax legislation that benefits @Delta unless the company changes its position and fully reinstates its relationship with the @NRA. Corporates cannot attack conservatives and expect us not to fight back." He's right, said Rick Jeffares, a candidate for Cagle's job. "If Delta is so flush that they don't need NRA members' hard-earned travel dollars, it can certainly do without the $40 million tax break they're asking Georgia taxpayers for." For Georgians, though, this must be a frustrating display. After all, Governor Nathan Deal (R) sold Georgia's First Amendment rights down the river in the fight over the religious liberty bill. Dana Loesch touched on this in her pushback to the Left's crusade, "To those saying #DumpNRATV: The NRA has been the biggest defender of free speech. I find it interesting that those individuals who simultaneously preach about free speech want to silence the speech of the millions of people who make up NRA membership." Most people would agree that the collapse of the First Amendment is, in many ways, what led to the fight over the Second. Maybe if Deal had listened to people like Cagle from the beginning, his state and others wouldn't be in this mess in the first place. It's capitulation like his that emboldens the bullies on the other side. And once these extremists sense that they can push you around – they will. The problem for Delta Airlines and other companies who want to stop doing business with conservatives is this: they're only hurting themselves. These favorable business climates only come from conservative legislators who understand that real freedom leads to economic growth. That's why red states like Texas and North Carolina are so enticing to businesses, because their social values have not only built a foundation for workforce and family success but thriving corporations too. If intolerant bullies like Delta want to move to high-regulation, high-tax states, let them! Yesterday, New York Lt. Governor Kathy Hochul (D) invited Delta to move its headquarters to a state where they'd be appreciated. That's not exactly tempting, experts point out, since it would mean moving 23 spots lower on Forbes's Best States for Business list. The real solution, as they'll quickly learn from consumers, is for Delta to leave politics alone and stop sticking its nose in issues it doesn't belong. If executives insist on it, that's their right. But once Americans see that business is abandoning their values, they'll abandon business.

Tony Perkins' Washington Update is written with the aid of FRC senior writers.