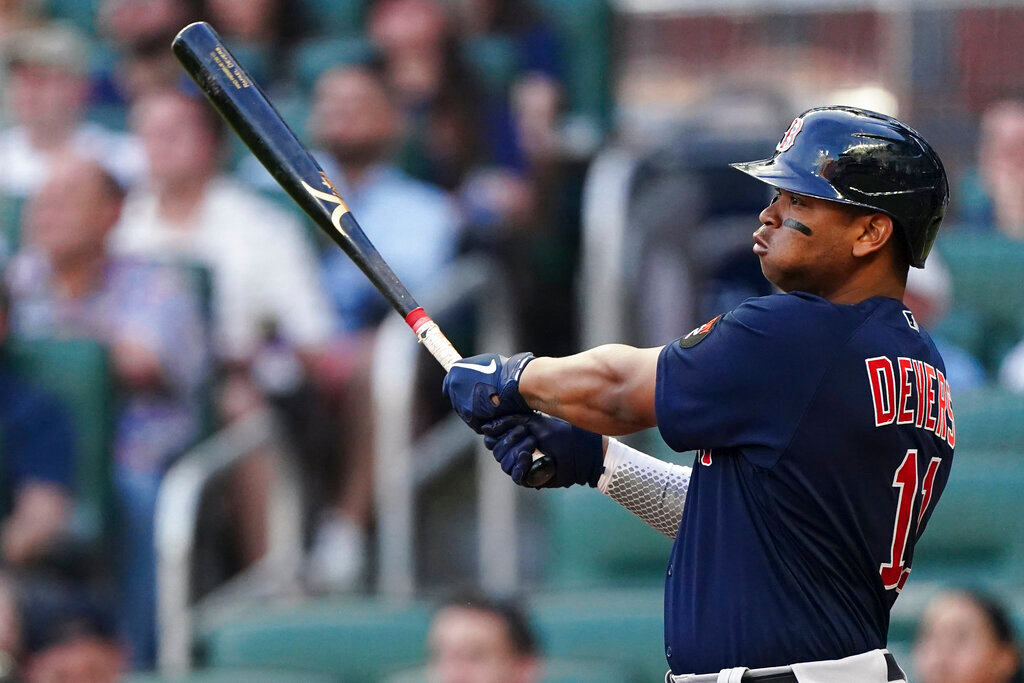 Boston Red Sox' Rafael Devers watches his grand slam in the second inning against the Atlanta Braves, Tuesday, May 10, 2022, in Atlanta. Devers' first career grand slam led the Sox to a 9-4 win over the Atlanta Braves that ended a five-game skid. (AP Photo/John Bazemore) 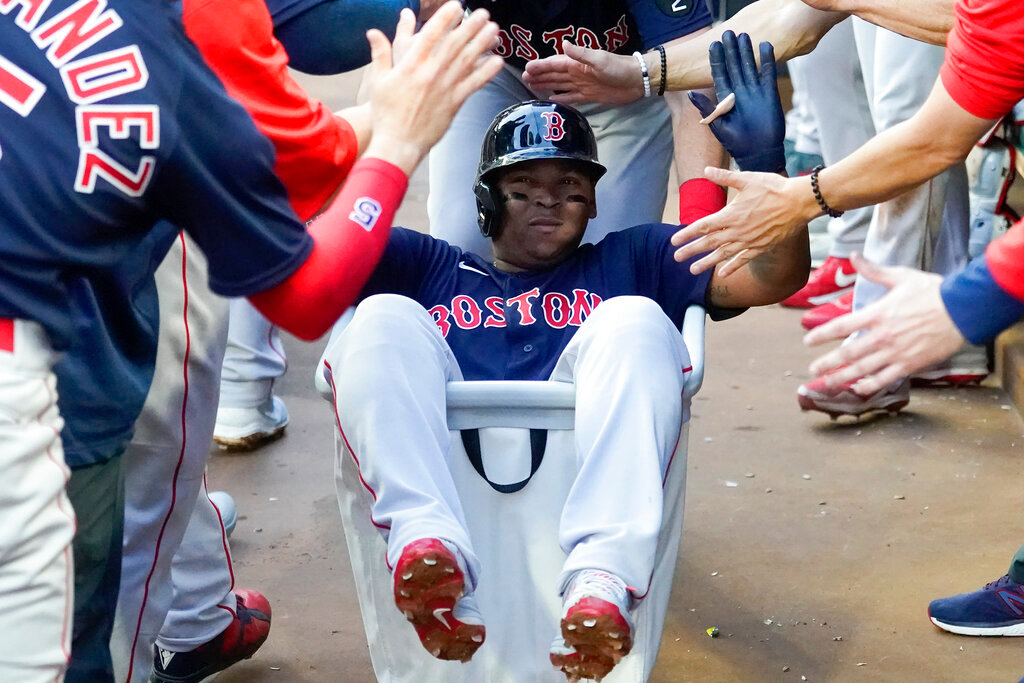 Boston Red Sox' Rafael Devers (11) is pushed through the dugout in a laundry cart as he celebrates after hitting a grand slam in the second inning against the Atlanta Braves Tuesday, May 10, 2022, in Atlanta. Devers' first career grand slam led the Sox to a 9-4 win over the Atlanta Braves that ended a five-game skid. (AP Photo/John Bazemore) 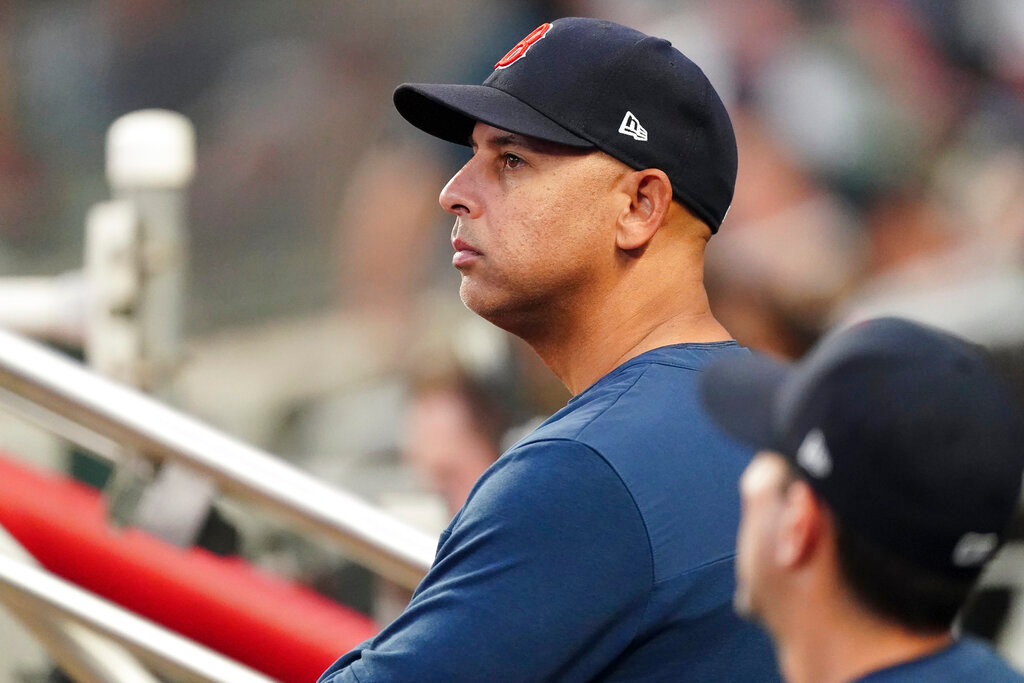 A clean-shaven Boston Red Sox manager Alex Cora looks on from the dugout during a game against the Atlanta Braves, Tuesday, May 10, 2022, in Atlanta. The Red Sox beat the Braves 9-4 after Cora decided to shave his salt-and-pepper beard before the series. He grew out his facial hair ahead of the season and joked that it was to blame for his team’s poor start. (AP Photo/John Bazemore)
Previous Next
Posted Wednesday, May 11, 2022 11:11 am
By CHARLES ODUM, Associated Press

A big hit by Devers helped provide hope the Red Sox can revive their offense and their season.

Devers hit his first career grand slam and the Red Sox broke out for clean-shaven manager Alex Cora in a 9-4 win over the Atlanta Braves on Tuesday night that ended a five-game skid.

Devers hit a fastball from Kyle Wright 432 feet off the center-field scoreboard behind the Braves' bullpen.

“I got a good pitch to hit,” said Devers through a translator. “... If it was in the zone, I was going to put a good swing on it.”

Devers also had a double and a walk.

The slam, Devers' fifth homer, was the highlight of Boston's six-run second inning. Trevor Story had a two-run single in the ninth.

The Red Sox matched a season high for scoring last reached April 13. Boston had combined for six runs over their past four losses.

The offensive surge came after Cora decided to shave his salt-and-pepper beard before the series. He grew out his facial hair ahead of the season and joked that it was to blame for his team’s poor start.

“If our offense depends on my facial hair, we're in big trouble,” Cora said after the game.

The Red Sox led 6-4 before adding three runs in the ninth off Tyler Thornburg. Alex Verdugo's bases-loaded walk drove in a run before Story's two-run single.

The Red Sox ended their streak of six consecutive series losses by earning at least a split of the two games in Atlanta.

The Braves, coming off a series win over Milwaukee, have no winning streaks longer than two games this season.

Right-hander John Schreiber had three strikeouts in two scoreless innings for his first save.