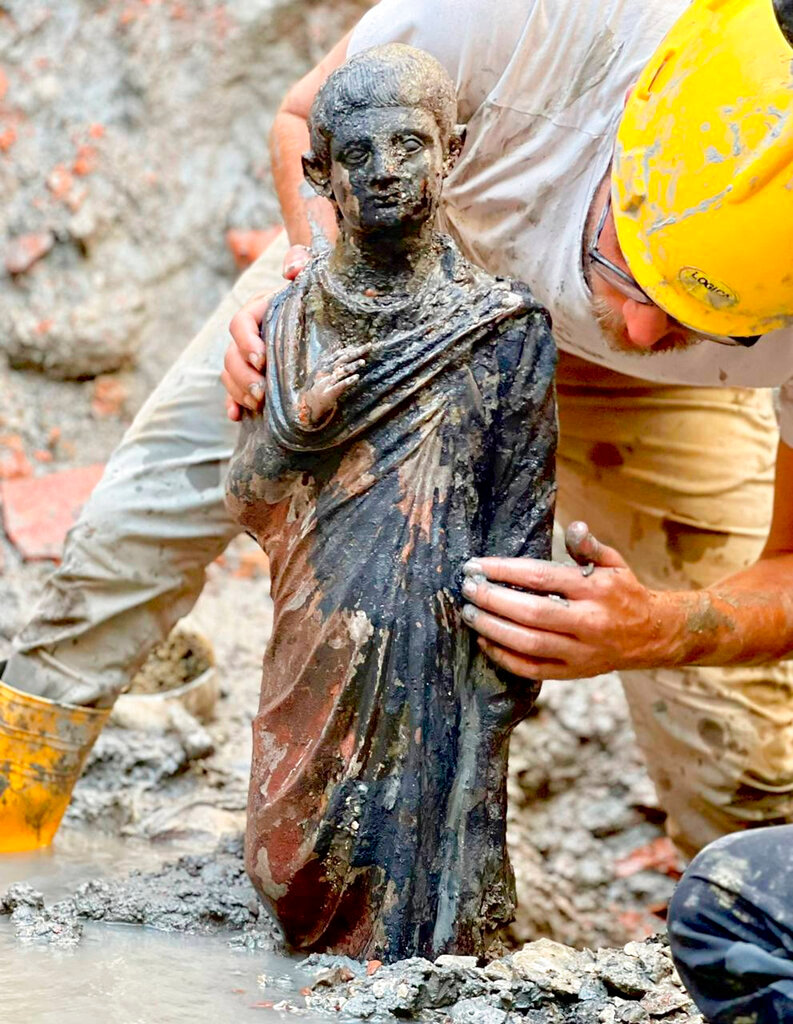 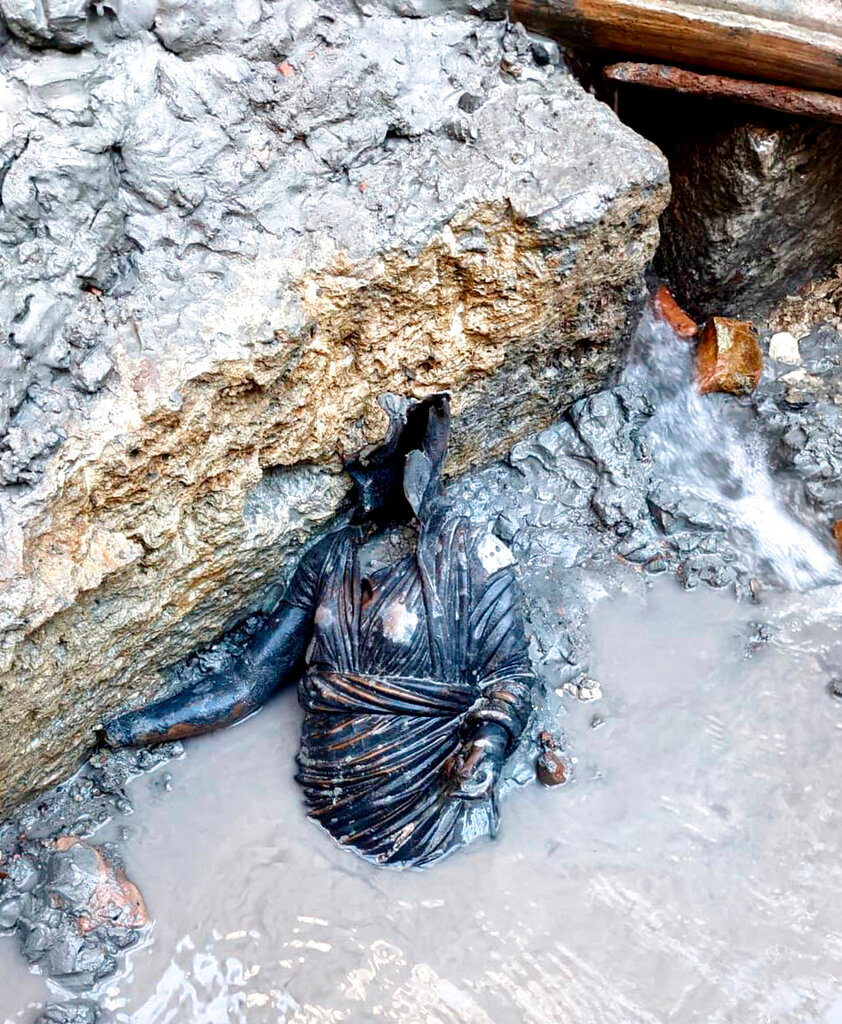 A statue is seen at the site of the discovery of two dozen well-preserved bronze statues from an ancient Tuscan thermal spring in San Casciano dei Bagni, central Italy. (Italian Culture Ministry via AP) 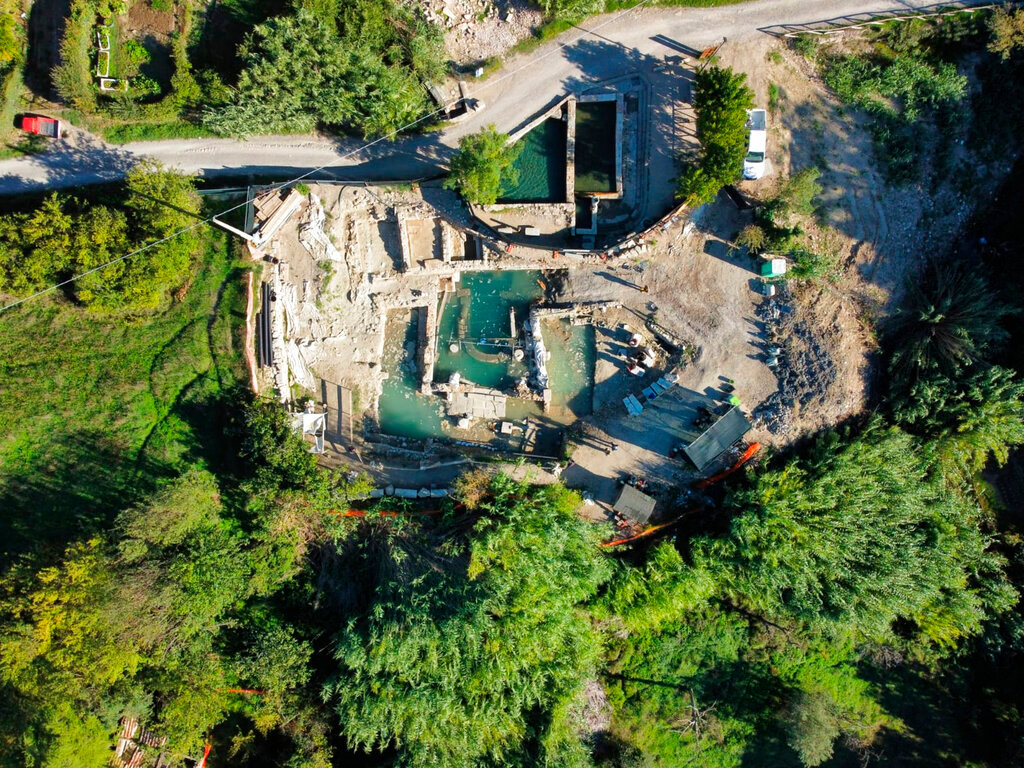 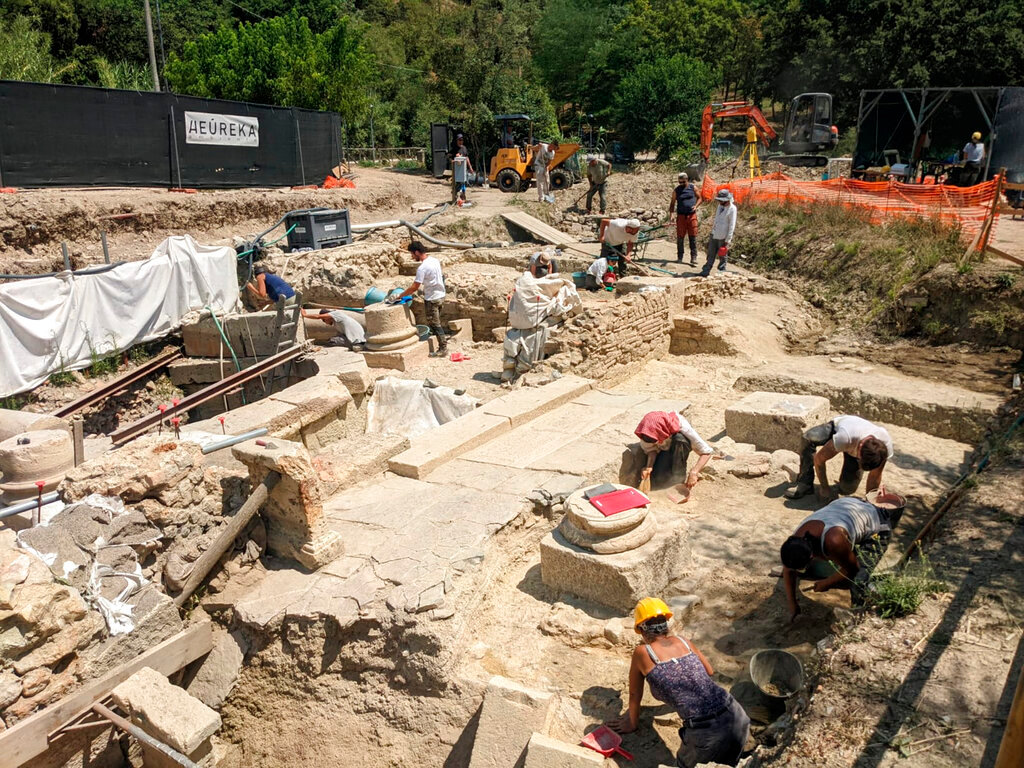 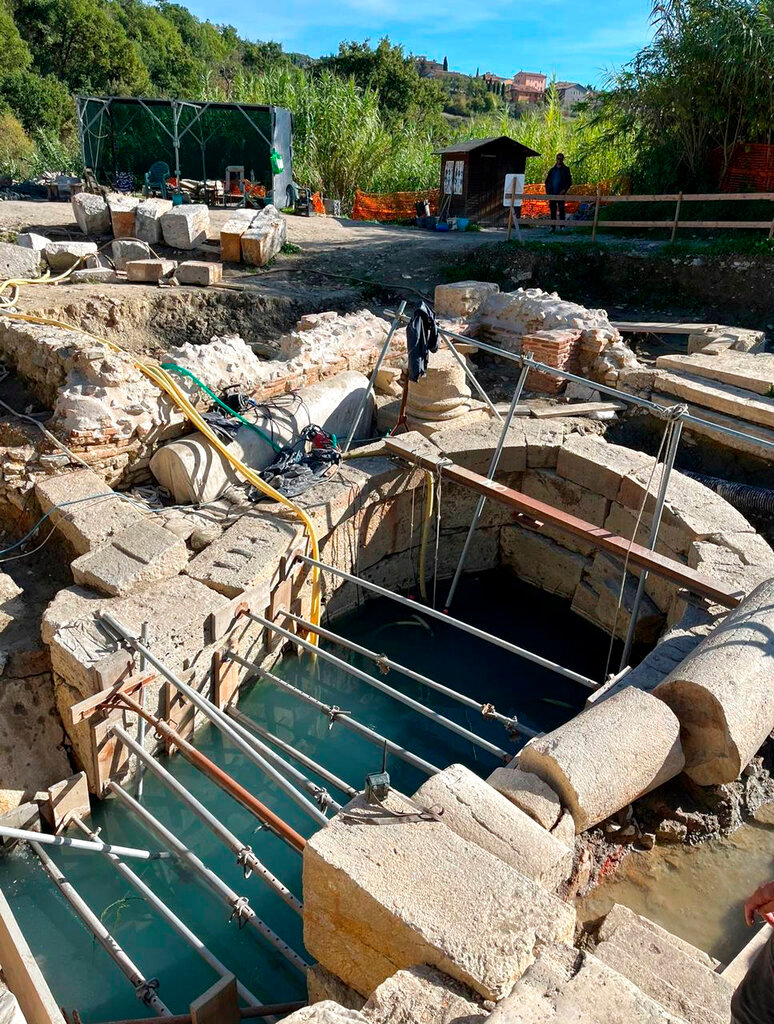 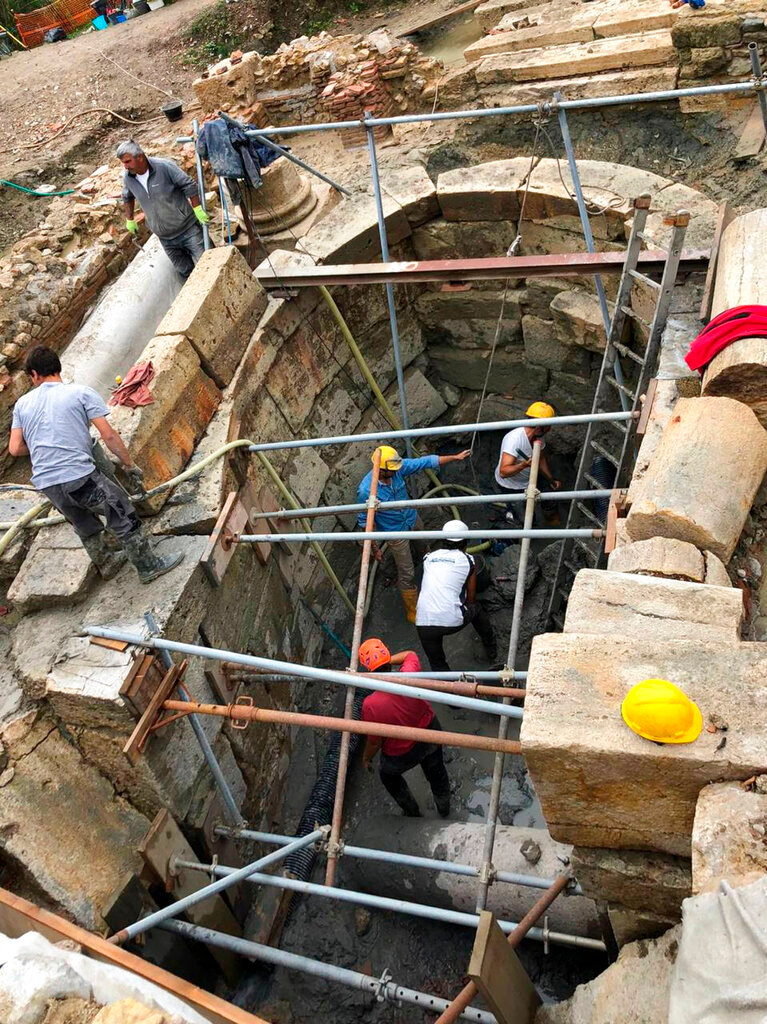 ROME (AP) — Italian authorities on Tuesday announced the extraordinary discovery of 2,000-year-old bronze statues in an ancient Tuscan thermal spring and said the find will “rewrite history” about the transition from the Etruscan civilization to the Roman Empire.

The discovery, in the sacred baths of the San Casciano dei Bagni archaeological dig near Siena, is one of the most significant ever in the Mediterranean and certainly the most important since the 1972 underwater discovery of the famed Riace bronze warriors, said Massimo Osanna, the Culture Ministry's director of museums.

Thanks to the mud that protected them, the two-dozen figurines and other bronze objects were found in a perfect state of conservation, bearing delicate facial features, inscriptions and rippled tunics. Alongside the figures were 5,000 coins in gold, silver and bronze, the ministry said.

As evidence of the importance of the find, the ministry announced the construction of a new museum in the area to house the antiquities.

Jacopo Tabolli, who coordinated the dig for the University for Foreigners in Siena, said the discovery was significant because it sheds new light on the end of the Etruscan civilization and the expansion of the Roman Empire in today's central Italy between the 2nd and 1st centuries B.C.

The period was marked by wars and conflicts across what is today’s Tuscany, Umbria and Lazio regions, and yet, the bronze statues show evidence that Etruscan and Roman families prayed together to deities in the sacred sanctuary of the thermal springs. The statues, including depictions of Apollo and Igea, the ancient Greek god and goddess of health, bear both Etruscan and Latin inscriptions.

Some of the two dozen bronzes are entire human-like figures of deities, while others are of individual body parts and organs which would have been offered up as votive offerings to the gods for intervention for medical cures via the thermal waters, the ministry said in a statement.

“This is almost an X-ray of the human insides from the lungs to the intestines,” said Osanna, gesturing to a lung at the restoration laboratory where the bronzes are being treated. "There are ears and other anatomical parts like hands. So, all these things that curative waters and the intervention of the divinities would have been able to save.”

The find represents the largest deposit of bronzes from this era in Italy, notable also because most surviving antiquities from the period are primarily in terracotta, the ministry said.

“It's a discovery that will rewrite history,” Tabolli said in a statement.

The discovery comes 50 years after the Riace bronze warriors were found by a recreational diver in the waters off southern Calabria and went on to become one of Italy's most spectacular archaeological finds. The 5th-century bronzes, currently on display at the national archaeological museum in Reggio Calabria, feature two naked life-sized and life-like Greek warriors, with rippled muscles and intricate, curly beards.