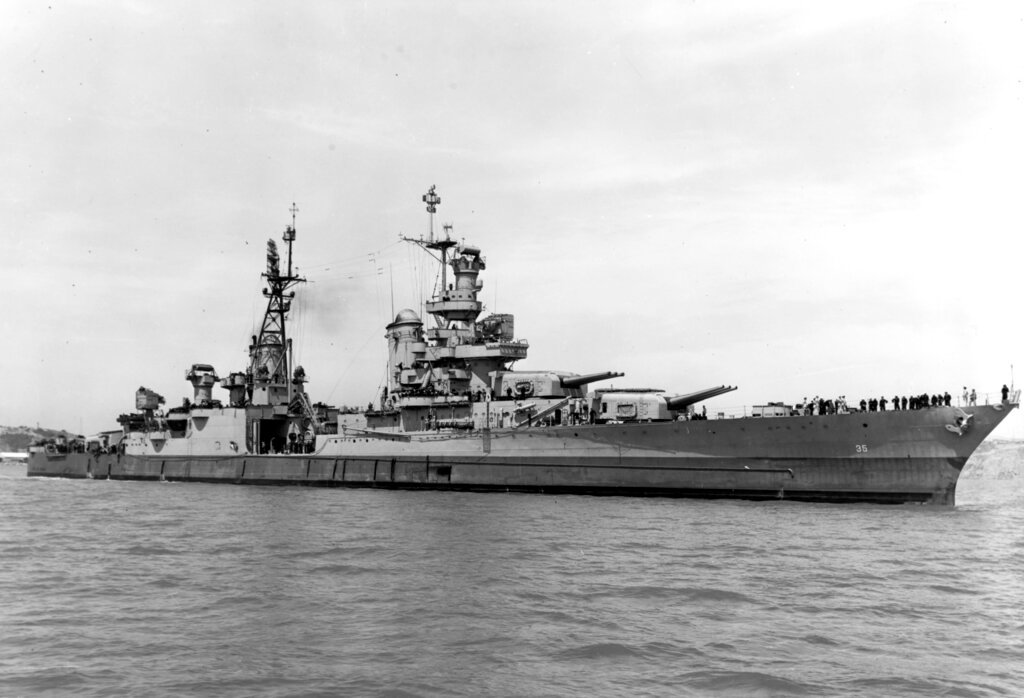 HONOLULU (AP) — Navy Seaman 2nd Class George David Payne was just 17 years old when a Japanese submarine torpedoed his ship in the last weeks of World War II, sinking the vessel and killing him along with more than 800 other U.S. sailors.

For decades, his family thought he was missing in action. But now the Navy says newly analyzed documents show he was actually buried at sea.

The teenager from the town of Wyoming, Michigan, is one of 13 sailors from the USS Indianapolis recently discovered to have been given Navy committal ceremonies 77 years ago. In response, the Navy changed their status from “unaccounted for” to “buried at sea.”

“It’s reassuring that he was found and hopefully he didn’t suffer much,” his brother, David Payne, said in an interview from Sparta, Michigan.

Payne said it was a “shock” to hear the news. He first thought it was a prank because his family always believed George's body was never found.

Two Japanese torpedoes hit the USS Indianapolis on July 30, 1945, when the heavy cruiser was on its way to the Philippines from Guam. The ship sank in just 12 to 15 minutes. The Navy estimates about 300 sailors were trapped inside and went down with the vessel.

The remaining 800 sailors abandoned ship, but rescue vessels didn't arrive for four days. Hundreds of sailors died in the interim from injuries, dehydration and shark attacks. Only 316 survived. It's known as one of the biggest tragedies in U.S. naval history.

“Survivors said it was terrible to be in the water and the sharks were just taking these young guys and older guys one at a time and eating them, and hauling them under and taking them away,” said Payne. “And so that’s what we always envisioned. You know, we hoped that maybe if he was on the ship maybe he was killed outright — instead of suffering.”

Payne, who was born a year after the war ended, never met George, who was the third of 12 children. Payne said his older brother was known as a “quiet, well-behaved kid.”

These ships gave sea burials to 91 identified men, but for unknown reasons the names of only 40 of them were reported by the military. Another 51 names were not. The 13 newly identified come from this latter group. Stone said researchers have open cases on the remaining 38 and have “good clues” for the identities of five.

Stone suspects the names fell through bureaucratic cracks and were never followed up on.

It didn't help that the Navy announced the loss of the ship on the same day the war ended.

“The sinking of the Indy, which would have been front page news a week earlier, was kind of relegated to one of the midsections of the newspaper,” he said.

Researchers with Stone's private foundation began looking for the records in January 2021. Stone said he started a file on the Indianapolis while working at the Joint POW/MIA Accounting Agency and seeing hints that some sailors listed as missing had actually been found.

“Giving their loved ones and their families some kind of closure — I mean frankly and in all sincerity — it’s the greatest gift I can imagine,” Stone said.

Salman Rushdie 'on the road to recovery,' agent says