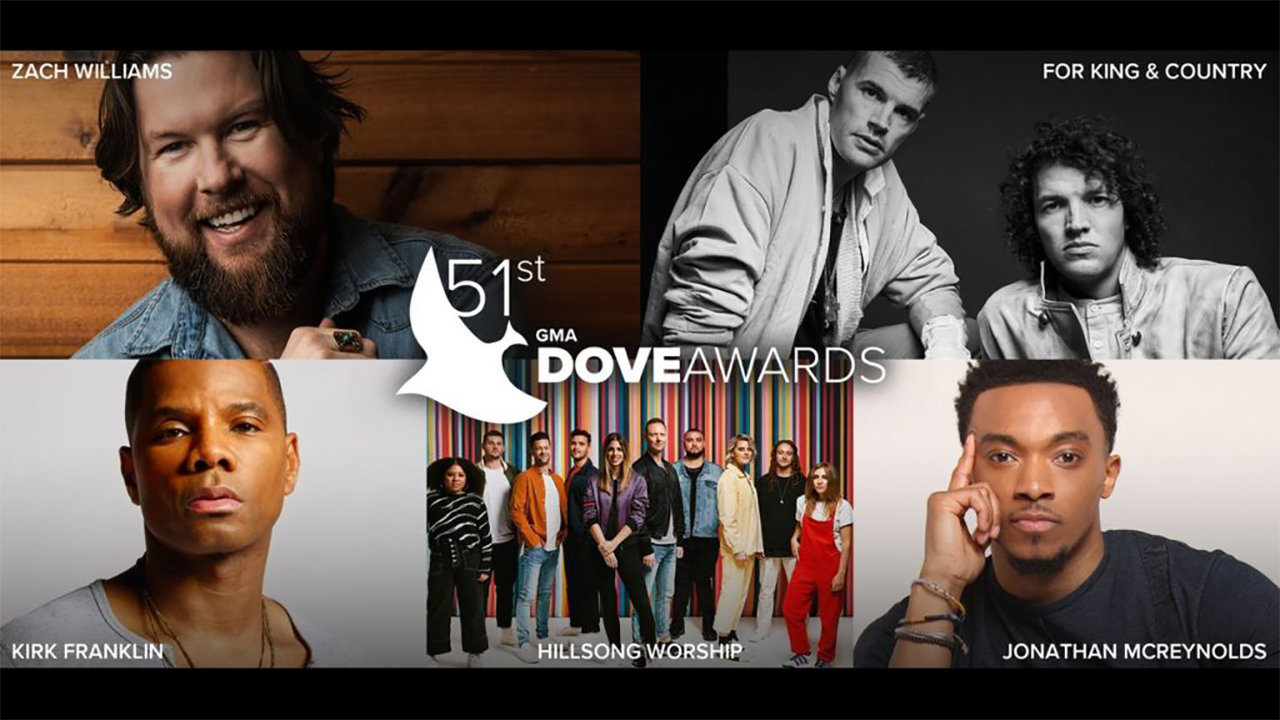 NASHVILLE (BP) — Zach Williams and For KING & COUNTRY led the way in nominations for the 51st annual GMA Dove Awards, which were announced August 12. Each had five. Hillsong Worship, Kirk Franklin, and Jonathan McReynolds were nominated in four categories.

“Promises” by Maverick City Music, “Miracle Worker,” by JJ Hairston, “Proverbs 3,” by Todd Dulaney, “Something Has To Break,” by Kierra Sheard, and “Only You Can Satisfy,” by William McDowell and Chris Lawson were nominated for for “Gospel Worship Recorded Song of the Year.”

Gospel Music Association (GMA) Director Jackie Patillo spoke to this year’s theme, “Carry The Change,” saying the COVID-19 pandemic has brought about change for everyone, including those involved in gospel music’s biggest night. There will be no live audience for this year’s Dove Award show, which will be prerecorded and will air on TBN Friday, Oct. 30 at 7 p.m. Central.

“The Dove Awards will look different,” Patillo said. “But we can still celebrate the diverse group of artists and the songs we all love. Right now the GMA team is hard at work, creating an unforgettable show, filled with one-of-a-kind performances which will focus on the stories behind the songs, and the power in the message.”