Editorial: Are we powerless to correct America’s demise?

When I was pastor of Colonial Heights Baptist Church in Jackson, MS I remember getting a call rather late one night. A neighbor informed me that Neville and Ann Robinson’s house was on fire. Neville was a deacon in the church I served as pastor. Ann was a faithful member and both were respected in the community.

My wife and I immediately made our way to the Robinsons' address. We had to park more than a block away, because neighbors and friends had gathered to support and console the couple whose home was a blazing inferno.

Martha Jean and I hugged our friends and prayed that God would somehow transform the tragedy we were witnessing into some kind of blessing. We stood there watching their beautiful house with all the furnishings literally go up in smoke and we were absolutely helpless to do anything about it.

What I see today

Sometimes when I watch television I see reporters broadcasting news about terrorist threats, senseless murders, wholesale abortions, racial unrest, children abducted, the spiraling national debt, the denigration of biblical marriage, the emphasis upon rights over responsibility and welfarism over work, all the political shenanigans, politicians labeling one another as liars, the rise of secularism and socialism, and the decline of Christianity I feel like I am watching the nation going up in smoke. 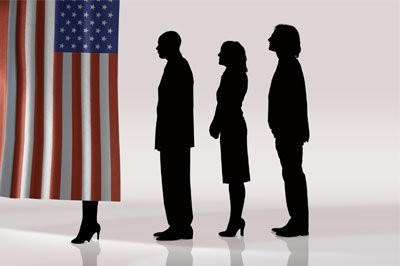 However, I don’t think we have to watch with a sense of helplessness. Even in this dark hour we have an opportunity to do something about it. We still live in a day when we can voice our opinion and vote. And there are some things we must do here in Georgia to make sure our state does not give in to those who want to change the fundamental principles upon which our nation and state were founded. Here are some things you can do:

The second critical piece of legislation is HB 849. This is basically a public accommodations bill - originally designed to reflect the federal law from 1964. However the addition of the word 'sex' in the legislation has caused some concern for Jane Robins of the American Principles Project. This greatly concerns me and apparently concerns Robins, who says, “Including sex as protected category in HB 849 risks a broader interpretation than intended. Even if the word 'sex' is defined in the bill as biological sex, that language could certainly be interpreted to allow men to use ladies’ restrooms or locker rooms.”

Robins continues, “Consider this scenario: A man (transgender or otherwise) joins the YMCA and walks into the ladies’ locker room. He’s made to leave. He objects that the only reason the YMCA won’t let him use that locker room is that he’s biologically male, and that the statute prohibits such discrimination. He would appear to be absolutely correct. The only conceivable counterargument would be that the legislature didn’t intend for the language to be taken literally. Even (or maybe especially) before a conservative judge, that argument loses.

“So the language of HB 849 on its face would likely allow men to use ladies’ public restrooms – alongside women, teenagers, and little girls.

“Another aspect of HB 849 that supports this conclusion is that the language ... ties the interpretation of Georgia law to whatever the federal ‘policies’ happen to be at the time ... Under Title VII, which prohibits sex discrimination in employment, former Attorney General Holder announced in December 2014 that the word ‘sex’ in the statue would henceforth be considered to include gender identity. This decision reversed a previous Department of Justice policy interpreting ‘sex’ as a biological sex, as it was intended ... The clear trend in federal law is to expand the term ‘sex’ beyond its commonly understood meaning."

This bill, HB 849, must not pass. Contact your representatives and urge them to vote against it, because if passes it will prevent a multitude of establishments from enforcing policies that are necessary to protect the privacy and physical safety of their customers and clients.

The third piece of legislation, which concerns me greatly, is HB 929, which would serve to implement a national popular vote to elect a U.S. President. The national popular vote (NPV) changes the rules and muddies the playing field in presidential elections. HB 929 may get a vote in the full House Friday.

Currently, ten states and the District of Columbia have passed the NPV agreement. As a result, the NPV movement has 165 electoral votes. Currently, five Republican states, including Georgia, have pending NPV legislation. If all five pass, the NPV movement would acquire 55 additional electoral votes for a total of 220, only 50 votes shy of the 270 needed to divert the outcome of presidential elections.

Five densely populated states – California, Florida, Illinois, New York, and Texas – with residents totaling 115,863,717 (which is over 1/3 of the U.S. population of 313,281,717) would control presidential elections if NPV were implemented.

Five sparsely populated states – Wyoming, Vermont, North Dakota, Alaska, South Dakota – have fewer than a million residents each. Altogether, the residents of those five states total only 3,339,406, and would become insignificant in presidential elections.

The Electoral College was established in the United States Constitution by our founding fathers and is a compromise between the election of a President by a vote in Congress and election of the President by a popular vote of qualified citizens.

It is time for action. We simply cannot stand idly by and watch our state and nation go up in smoke or perhaps more accurately disintegrate into a state and nation that has forgotten the God who gave us life and liberty.