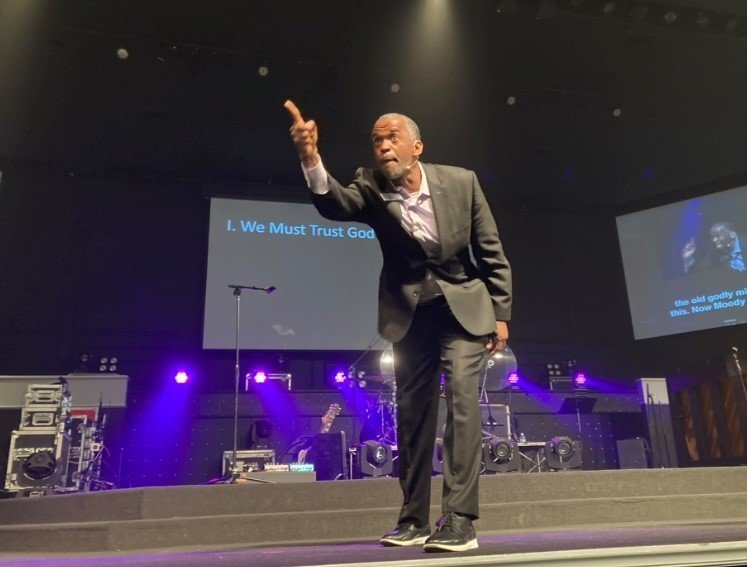 JJ Washington will serve the Southern Baptist Convention well as the new national director of personal evangelism at the North American Mission Board.

A fiery preacher, Washington has led the Georgia Baptist Mission Board’s state-level evangelism efforts for the past year. He absolutely shined in that role, especially in leading the annual evangelism conference that drew the largest crowd in years.

Washington brought in outstanding preachers from across the country for that conference. But the preacher who shined brightest was Washington himself. This brother can absolutely “shuck the corn” as they say here in Georgia.

The Index published a photo of Washington on stage, an intense look on his face, his finger pointing toward the crowd. He was effectively hammering home a point, and, in doing so, proving himself as one of the Southern Baptist Convention’s finest gospel communicators.

A former Georgia high school football standout who went on to play for North Carolina State University, Washington has served in a number of ministerial roles over the years, including on the pastoral staff at First Baptist Church in Woodstock and later as pastor of Woodstock Church – Austell.

The Lord’s hand has clearly been on Washington all through the years, and continues to be today. Southern Baptists will likely be hearing much about this dear brother with the kind heart and humble spirit as he moves onto the national stage.