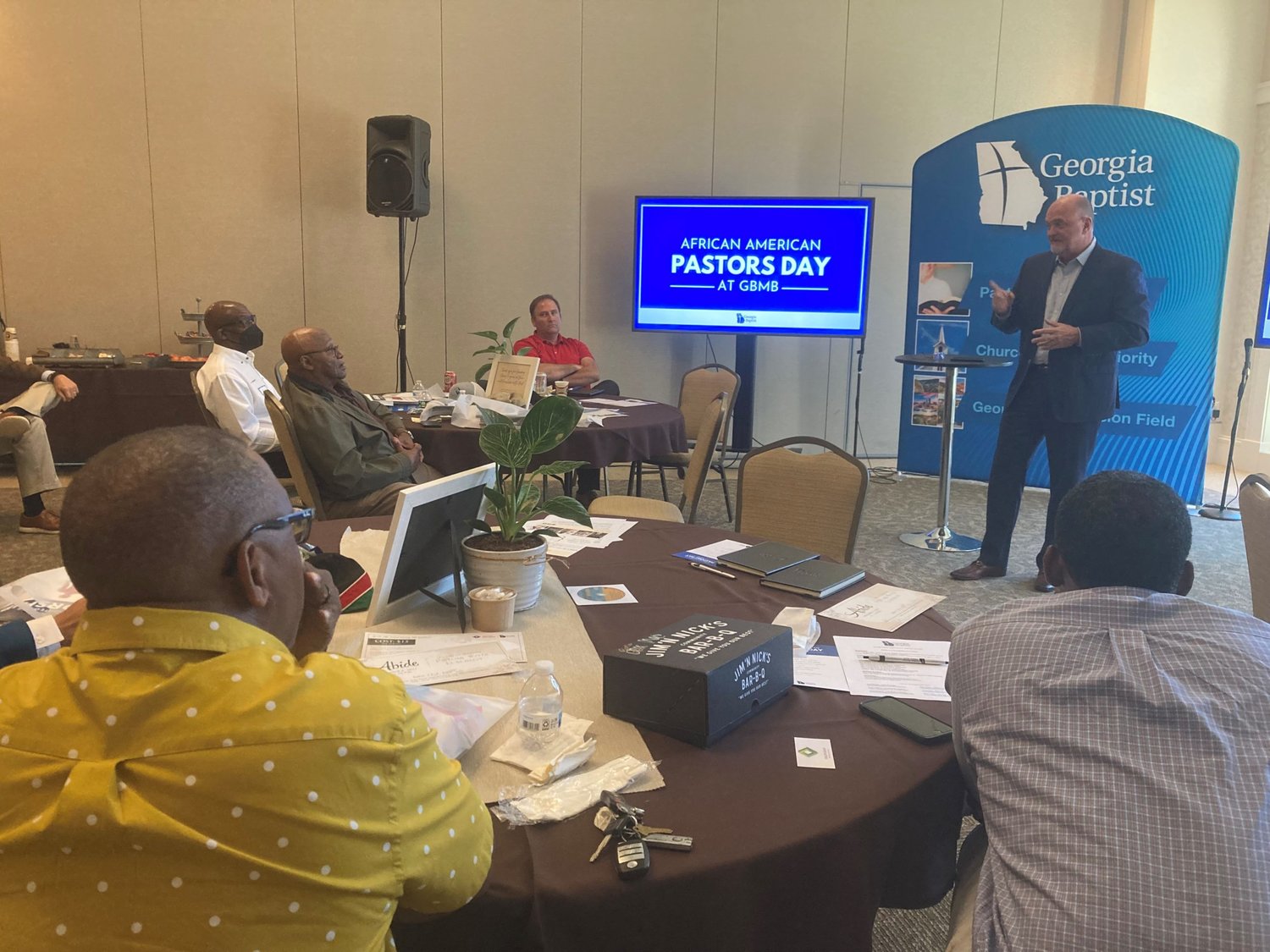 There’s a story from long ago about a tenacious little turtle that lived deep in the forest. After hours of great effort, he climbed to the top of a tree, jumped into the air waving his front legs and crashed to the ground.

After recovering, he slowly climbed the tree again, jumped, and fell to the ground.

The turtle tried again and again while a couple of birds sat on a branch and watched his sad efforts. Finally, the female bird turned to her mate and said, “Don’t you think it’s time we tell him he’s adopted?”

That kind of tenacity is on display every day in the churches of the Georgia Baptist Convention as our people make all-out efforts to reach their state and the world with the gospel. It’s not easy work. But it is crucial work.

That’s why the encouraging words that Georgia Baptist Mission Board Executive Director Thomas Hammond shared with pastors a few days ago are so important.

“This is no time to slow up, let up, shut up or give up,” Hammond told them. “It is time for us to continue on being faithful to what we’ve been called to do.”

Hammond is a man of boundless energy who spends every day encouraging pastors and strengthening churches. The word “quit” doesn’t seem to be in his vocabulary. So, the words he spoke to those pastors weren’t just rhetoric. They are words he lives by.

Even so, Hammond recognizes that pastors and other church leaders become discouraged at times. Sometimes, they may even feel like quitting. What Hammond knows is that the greatest victories come after fighting the most difficult battles, from sticking it out when others are walking away.

It’s refreshing that so many of Georgia’s church leaders share Hammond’s tenacity, especially at a time when the enemy has the Southern Baptist Convention in his crosshairs. The SBC is taking some hard hits. Instead of coming to her defense, some of our own folks are doing her great harm. Others have quietly walked away.

“I promise you,” Hammond said, “America does not want Georgia Baptists or Southern Baptists to go away. We’re the ones feeding the hungry, clothing the poor. We’re the ones helping young women escape human trafficking. We’re the ones coming alongside hurricane victims to get their lives back to normal. Much good is being done, but the media doesn’t talk about that.”

Both traditional and social media have been focusing attention on controversies at the national level. Meanwhile, at the local level, churches remain busy ministering to their communities and supporting missionaries around the world.

“While these national issues are extremely serious and must be handled appropriately, there’s a lot to celebrate about being Southern Baptist,” Hammond said.

He urged pastors to remind their congregations of all the good that they’re accomplishing by working together with churches across the state and nation: How that, together, they’re saving unborn babies, fighting against expansion of gambling, ministering to inmates in jails and prisons, helping the homeless, providing forever homes for orphans, offering hope and help to the downtrodden, and, most importantly, shining the light of Christ into a dark world.

Southern Baptists need to be careful not to become distracted or discouraged by what they’re reading and watching. Now is the time to pull together, to find strength in one another, and to march ahead boldly for the cause of Christ.

Now is the time for Southern Baptists to be as tenacious as that little turtle.