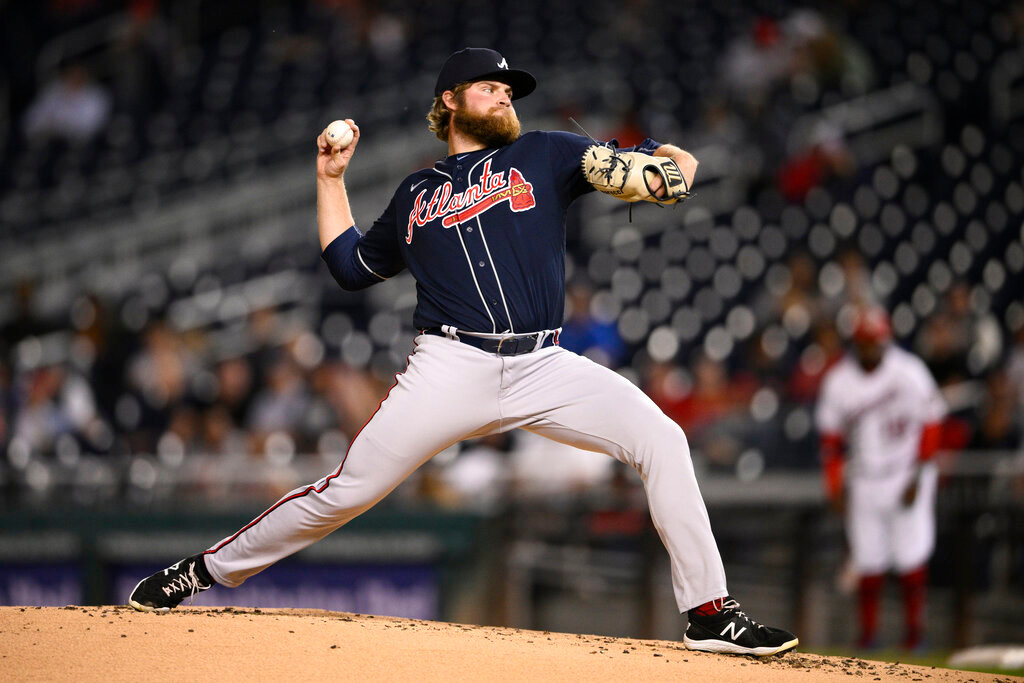 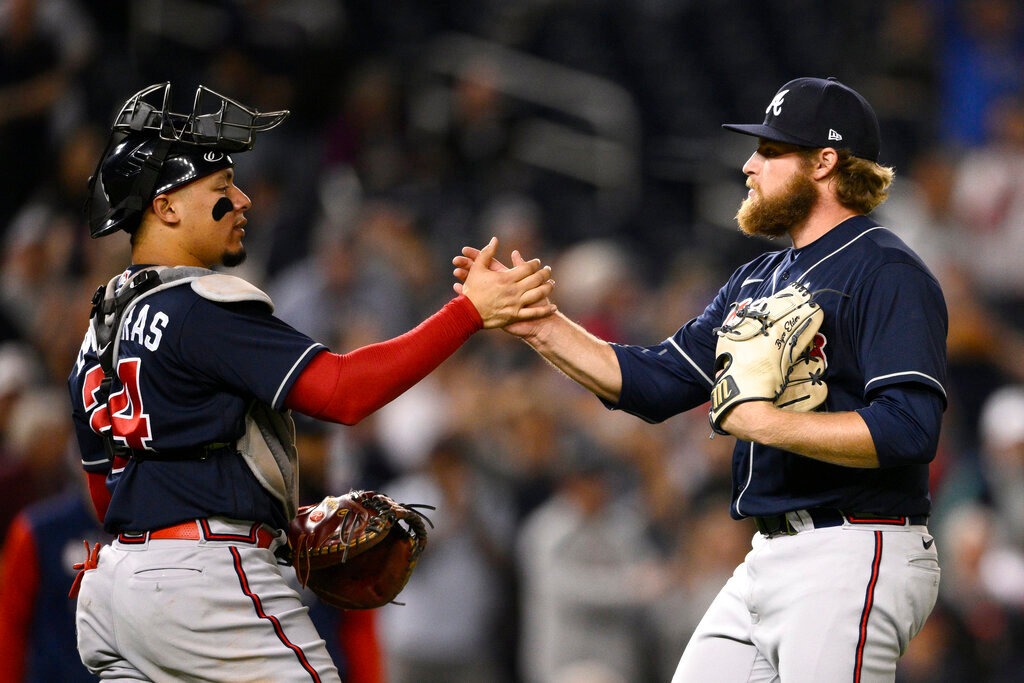 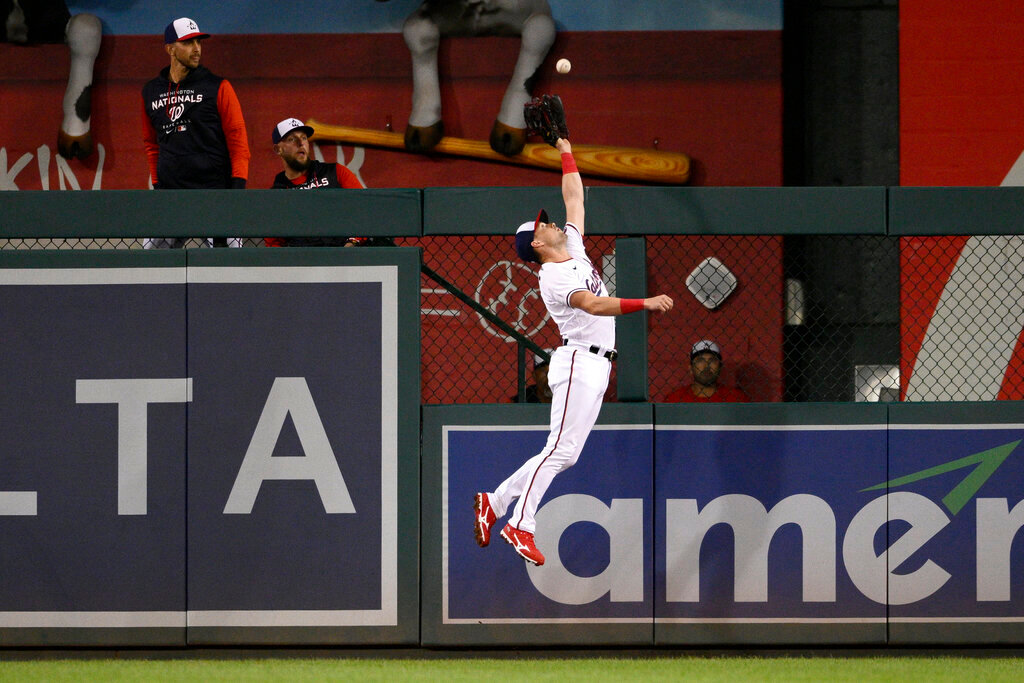 Washington Nationals right fielder Lane Thomas leaps up to make a catch on a fly ball hit by Atlanta Braves' Eddie Rosario for an out during the fourth inning Monday, Sept. 26, 2022, in Washington. (AP Photo/Nick Wass)
Previous Next
Posted Tuesday, September 27, 2022 9:12 am
By PATRICK STEVENS, Associated Press

WASHINGTON (AP) — Bryce Elder threw a six-hit shutout for his first career complete game, and the Atlanta Braves defeated Washington 8-0 Monday night to close within one game of the first-place New York Mets in the NL East and hand the Nationals their 100th loss of the season.

Matt Olson and Orlando Arcia hit two-run homers and Marcell Ozuna added a solo shot for Atlanta, which like New York has already clinched a playoff berth. Both teams have eight games remaining, including a head-to-head three-game series beginning Friday in Atlanta.

“It means a lot, but at the same time, it’s another win,” Elder said. “We’re trying to stack the wins on top of each other here and get ready for this weekend and the next three games after that.”

Elder (2-3) threw 106 pitches and allowed only one runner to reach third base in his eighth career start. He struck out six for the Braves, who have won three in a row and eight of 11. It was Elder’s first victory since April 12, when he defeated Washington in his big league debut.

He became the first Atlanta rookie to throw a shutout since Paul Marak on Sept. 23, 1990.

“That sinker must have been just something else, the way they were taking it and couldn’t really do anything with it,” Atlanta manager Brian Snitker said.

“We all know it (stinks), right?” manager Dave Martinez said. “But we have to remember what we’re trying to do here and it’s going to be a process. So moving forward, hopefully this will be the last year we lose 100 games and we get better.”

Elder’s performance was a welcome respite for a taxed bullpen. Left-hander Tyler Matzek started warming as a precaution as the right-hander went out for the ninth to face the heart of the Nationals’ order, but was not needed.

Elder got Joey Meneses and Luke Voit on called third strikes, then induced César Hernández’s first-pitch grounder to end it.

“That might have been his best inning,” Snitker said. “It was really good, how he went out and just kind of stayed even keel and didn’t get worked up or anything. He didn’t start forcing things in the ninth. It’s amazing how many guys don’t touch that rubber in the ninth, so it was great for him to experience that and know what that feels like.”

Atlanta improved to 13-4 against the Nationals.

Washington starter Cory Abbott (0-4) set down 10 of the first 11 Atlanta batters before plunking Austin Riley with one out in the fourth. Two batters later, Olson lined his 29th homer off the right-field foul pole to make it 2-0.

Ozuna led off the fifth with a shot to left, his 22nd of the year.

Atlanta put it away with five runs in the sixth, four of which scored after Meneses dropped a throw at first that would have completed a double play and ended the inning. Arcia capped the rally with a two-run shot to center off reliever Andres Machado, his eighth of the year and fourth against Washington.