Falcons G Mayfield returns to practice after injuring back 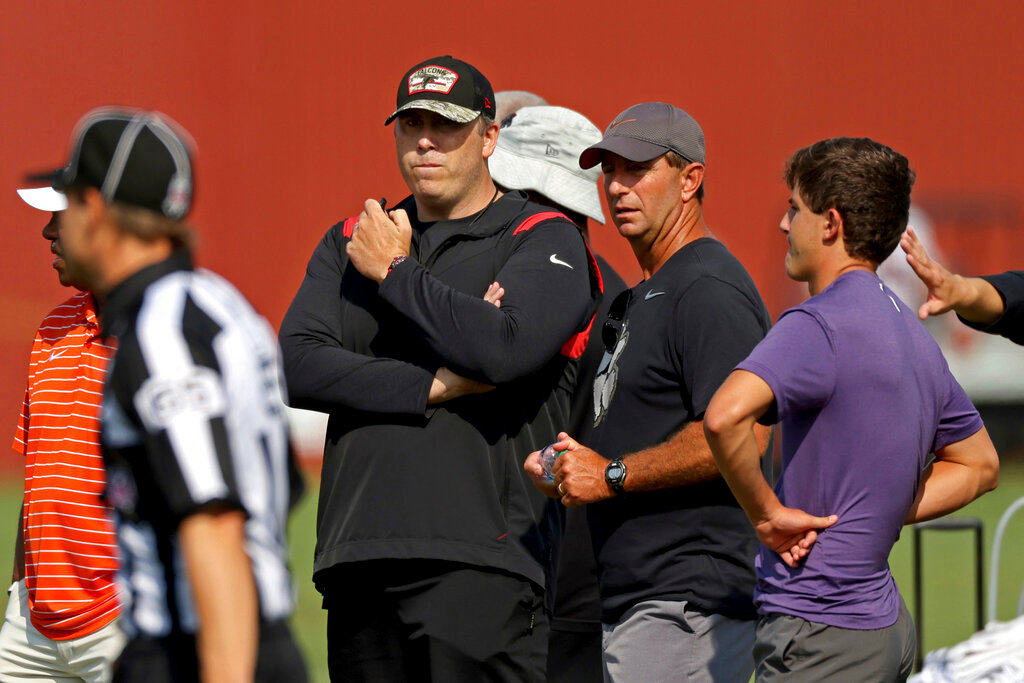 It's not known if Mayfield will be able to play Friday night in Atlanta's first preseason game at Detroit.

“It was good to have him back out there,” Falcons coach Arthur Smith said. “You never know with those things. We’ll continue to assess and see if he’s healthy enough to play."

Mayfield, who started all but one game as a rookie, had missed the two previous practices. The Falcons open the regular season on Sept. 11 at home against the New Orleans Saints.

“There’s plenty of time," Mayfield said. "I haven’t lost any confidence or backtracked from where I was. I just have to get healthy and feel better.”

Mayfield, a third-round draft pick from Michigan in 2021, played tackle in college but moved to guard with the Falcons. He struggled at the new position and was one of the lowest-graded starting linemen in the league.

He has been playing behind newcomer Elijah Wilkinson in training camp.