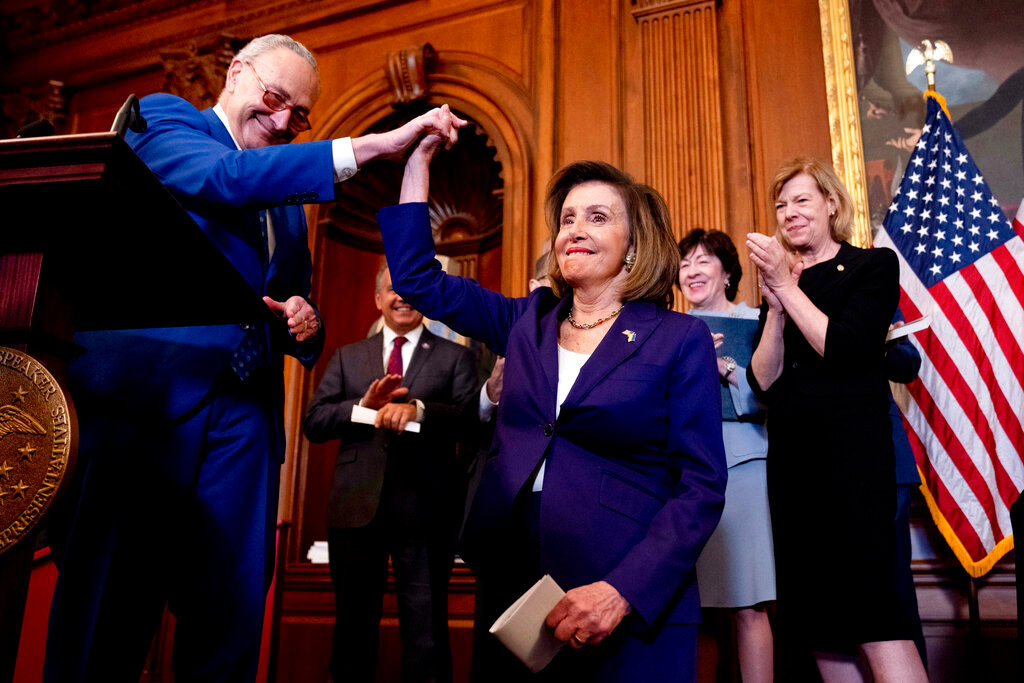 WASHINGTON  — Democratic lawmakers gave final approval Thursday to legislation protecting same-sex marriages, a move that was adamantly opposed by evangelical Christians across the country who are expected to file a legal challenge.

"We have always stood on the foundation of biblical marriage, which would be between one biological man and one biological woman for life," said Mike Griffin, public affairs representative for the 1.4 million member Georgia Bapitst Mission Board. "This is bad legislation because it moves our nation in the wrong direction. It undermines the moral stability of our nation."

President Joe Biden has said he will promptly sign the measure, which requires all states to recognize same-sex marriages.

In a statement after the vote, Biden called the legislation a “critical step to ensure that Americans have the right to marry the person they love." He said the legislation provides “hope and dignity to millions of young people across this country who can grow up knowing that their government will recognize and respect the families they build.”

The bill, which  received final House passage on a vote of 258-169 with only 39 Republican votes, would also protect interracial unions by requiring states to recognize legal marriages regardless of “sex, race, ethnicity, or national origin.” After months of negotiations, the Senate passed the bill last week with 12 Republican votes.

Democrats moved the bill quickly through the House and Senate after the Supreme Court’s decision in June that overturned the federal right to an abortion — including a concurring opinion from Justice Clarence Thomas that suggested the 2015 Obergefell v. Hodges decision legalizing same-sex marriage could also be reconsidered.

While many Republicans predicted that was unlikely to happen, and said the bill was unnecessary, Democrats and GOP supporters of the bill said it shouldn't be left to chance.

The legislation would not require states to allow same-sex couples to marry, as Obergefell now does. But it would require states to recognize all marriages that were legal where they were performed and protect current same-sex unions if the Supreme Court decision were overturned.

Most Republicans opposed the legislation.

“God’s perfect design is indeed marriage between one man and one woman for life,” said Rep. Bob Good, R-Va, before the vote. “And it doesn’t matter what you think or what I think, that’s what the Bible says.”

Rep. Vicky Hartzler, R-Mo., choked up as she begged colleagues to vote against the bill, which she said undermines “natural marriage” between a man and a woman.