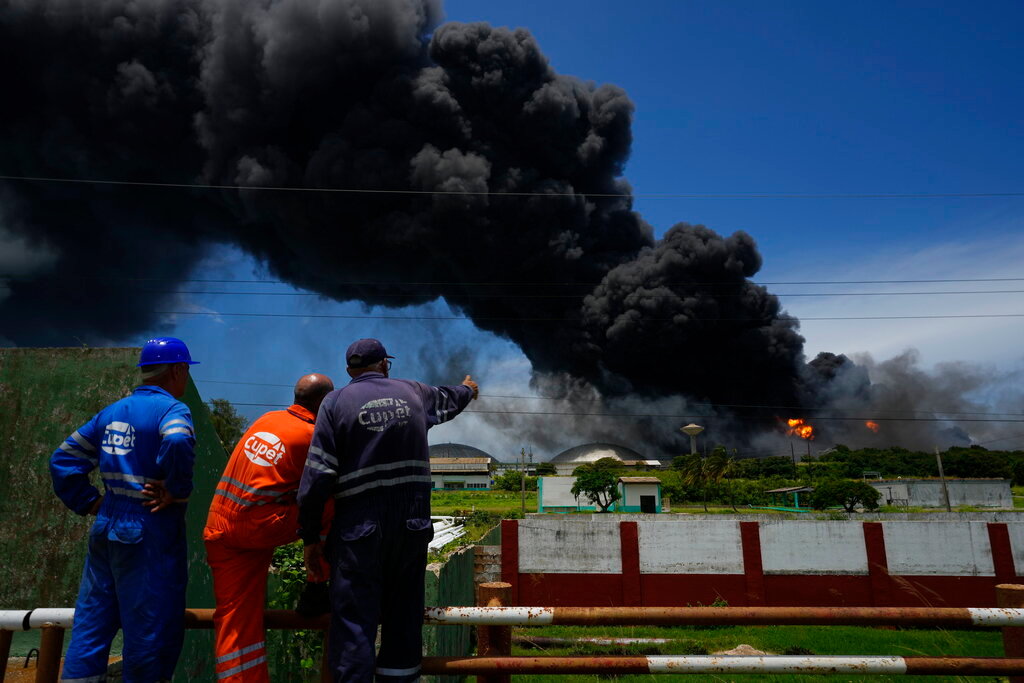 Workers of the Cuba Oil Union watch a huge rising plume of smoke from the Matanzas Supertanker Base, as firefighters work to quell a blaze that began during a thunderstorm the night before, in Matazanas, Cuba, Saturday, Aug. 6, 2022. (AP Photo/Ramon Espinosa) 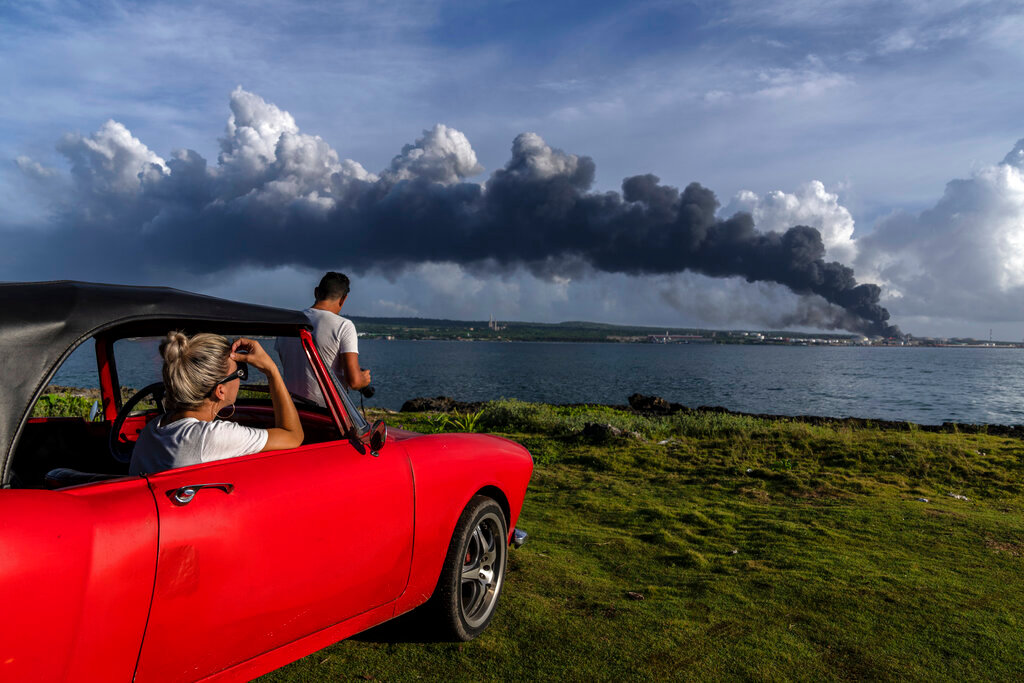 People watch a huge plume of smoke rise from the Matanzas supertanker base, as firefighters work to douse a fire that started during a thunderstorm the night before, in Matanzas, Cuba, Sunday, Aug. 7, 2022. (AP Photo/Ramon Espinosa) 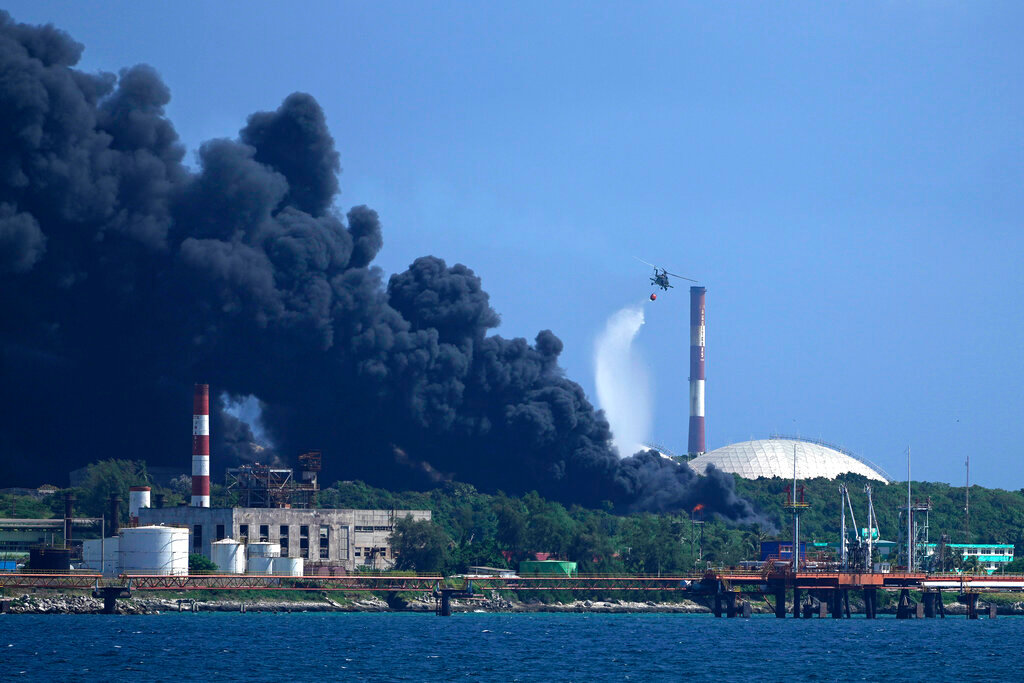 A helicopter dumps water over the Matanzas Supertanker Base, as firefighters try to quell a blaze that began during a thunderstorm the night before, in Matazanas, Cuba, Saturday, Aug. 6, 2022. (AP Photo/Ramon Espinosa)
Previous Next
Posted Sunday, August 7, 2022 9:48 pm
By ANDREA RODRÍGUEZ, Associated Press

HAVANA (AP) — Cuban firefighters were joined by special teams sent by Mexico and Venezuela on Sunday as they battled for a second day to control a fire blazing at a big oil tank farm in the western province of Matanzas.

The blaze began Friday night when lightning struck a storage tank during a thunderstorm, and the fire spread to a second tank early Saturday, triggering a series of explosions, officials have said.

“The mission of the day is to keep the third tank cold,” in hopes of preventing the flames from spreading into more of the site, provincial Gov. Mario Sabines said.

Most of the fuel held in the tank where the fire initially started was believed to have been consumed, officials said.

Authorities said a body found at the site Saturday had been identified as firefighter Juan Carlos Santana. Officials previously said a group of 17 firefighters had gone missing while trying to quell flames, but there was no word if he was one of those.

Conditions were still too dangerous to mount a search for the missing firefighters, officials said.

A total of 122 people were treated for injuries, including five that officials said were in critical condition.

The governor said 4,946 people had been evacuated, mostly from the Dubrocq neighborhood, which is next to the Matanzas Supertanker Base in Matanzas city. The facility's eight huge storage tanks hold oil used to fuel electricity generation.

Dense black smoke billowed up from the tank farm and spread westward more than 100 kilometers (62 miles) to Havana. The Ministry of Science and Technology said Sunday that the cloud contained sulfur dioxide, nitrogen oxide, carbon monoxide, and other toxic substances.

The disaster comes as Cuba struggles with a severe economic and energy crisis, with frequent power blackouts hitting during a torrid summer. It was unknown how much fuel had been lost to the flames.

Cuba's government had appealed for help Saturday from oil nations, and specialized firefighting teams began arriving with their equipment from Mexico and Venezuela late Saturday. They brought helicopters and specialized chemicals for fighting oil fires.

“The support (is) in the prevention of risks and also help to quell the fire by means of cooling based on water and foam,” Mexican Brig. Gen. Juan Bravo said upon arrival. “We hope that more support will arrive soon, such as chemical material.”

President Miguel Díaz-Canel met with the heads of the teams from Mexico and Venezuela to coordinate efforts for controlling the blaze. He later told Cuban media he appreciated the help since Cuba doesn't have experience or resources for dealing with fires of such magnitude.