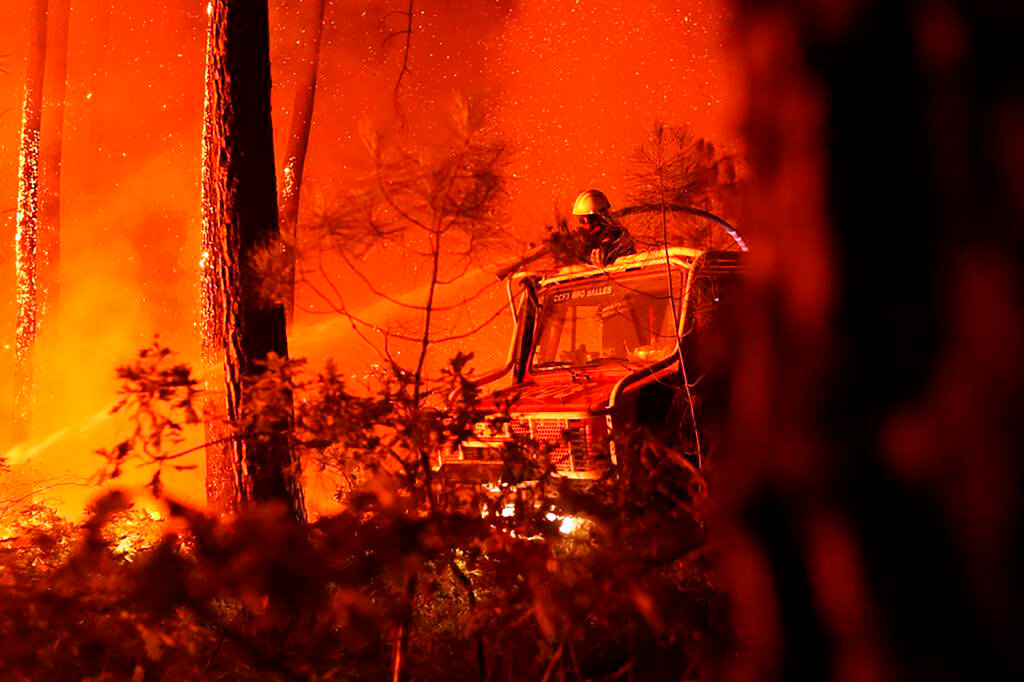 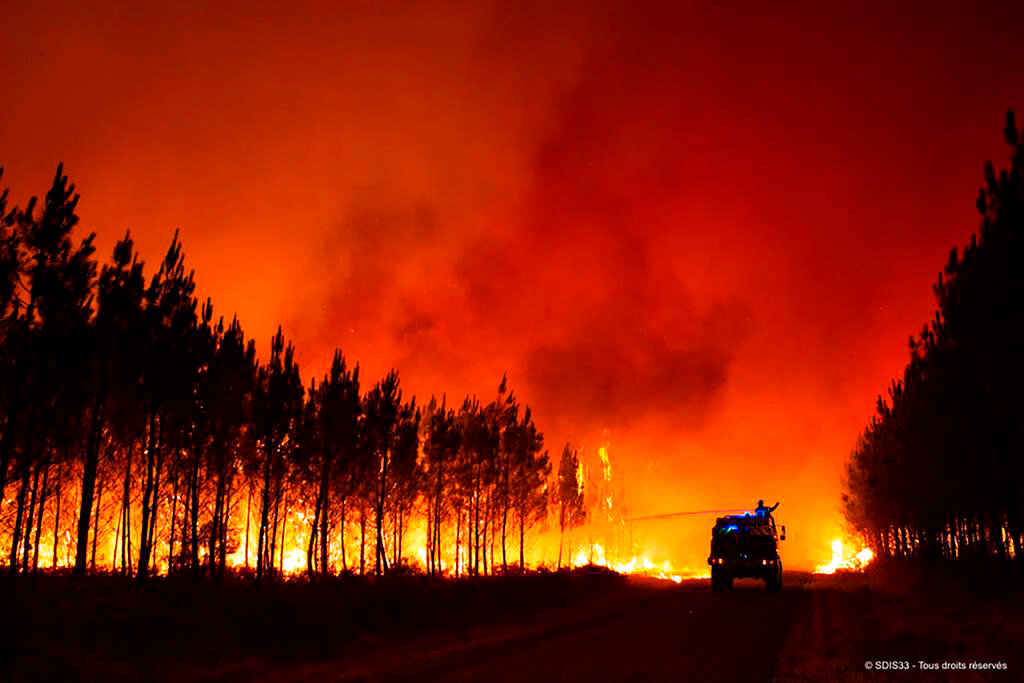 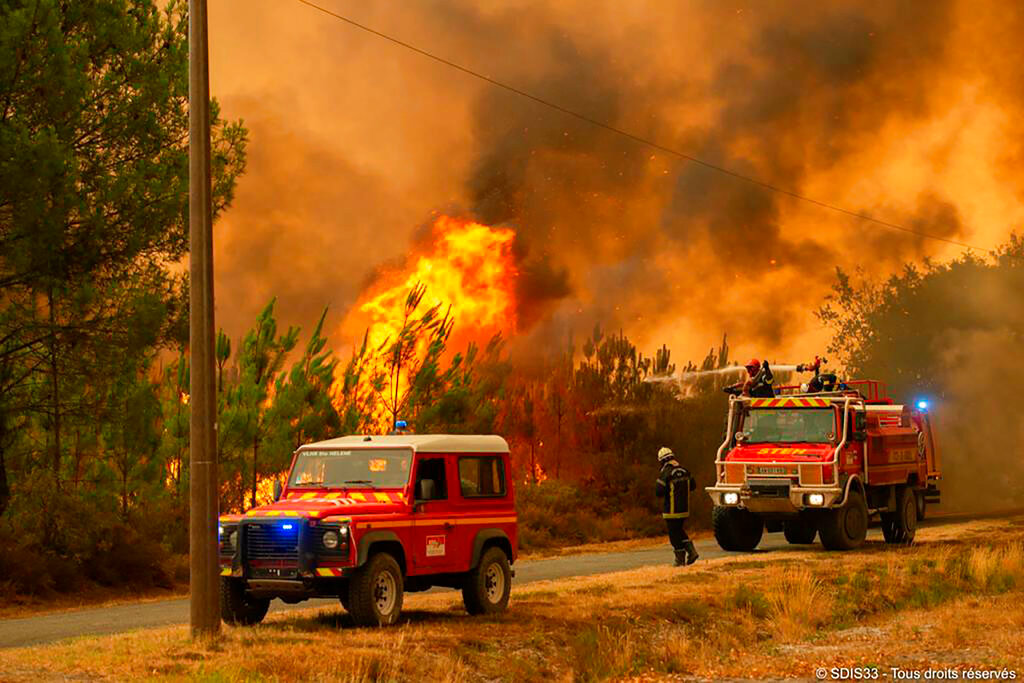 PARIS (AP) — More than 1,000 firefighters were struggling Thursday to contain a major wildfire that has burned a large area of pine forest in southwestern France, in a region that was already ravaged by flames last month.

Local authorities said more than 26 square miles have burned since Tuesday in the Gironde region and neighboring Landes as France, like other European countries, swelters through a hot and dry summer.

Temperatures were expected to reach 104 degrees on Thursday in the region.

The blaze forced the evacuation of about 10,000 people and destroyed at least 16 houses.

Spanish state television showed dozens of trucks having to turn around and stay in Spain because of a border closure because of the fire raging in France. TVE reported that truckers, many carrying perishable goods, were looking for ways to cross the border because the parking areas in and around the Irun crossing are full.

A major highway near the French city of Bordeaux was also closed.

Photos released by firefighters showed flames raging through pine forests overnight, sending clouds of smoke in the air and illuminating the sky with intense orange light.

Prime Minister Elisabeth Borne and Interior Minister Gerald Darmanin were due to visit the evacuated small town of Hostens Thursday to meet with firefighters, rescuers, local officials and volunteers.

Darmanin said that nine aircraft and two helicopters have been mobilized to fight the blaze.

The Gironde region was hit last month by major wildfires that forced the evacuation of more than 39,000 people, including residents and tourists.

France is this week in the midst of its fourth heat wave of the year as the country faces what the government warned is its worst drought on record.