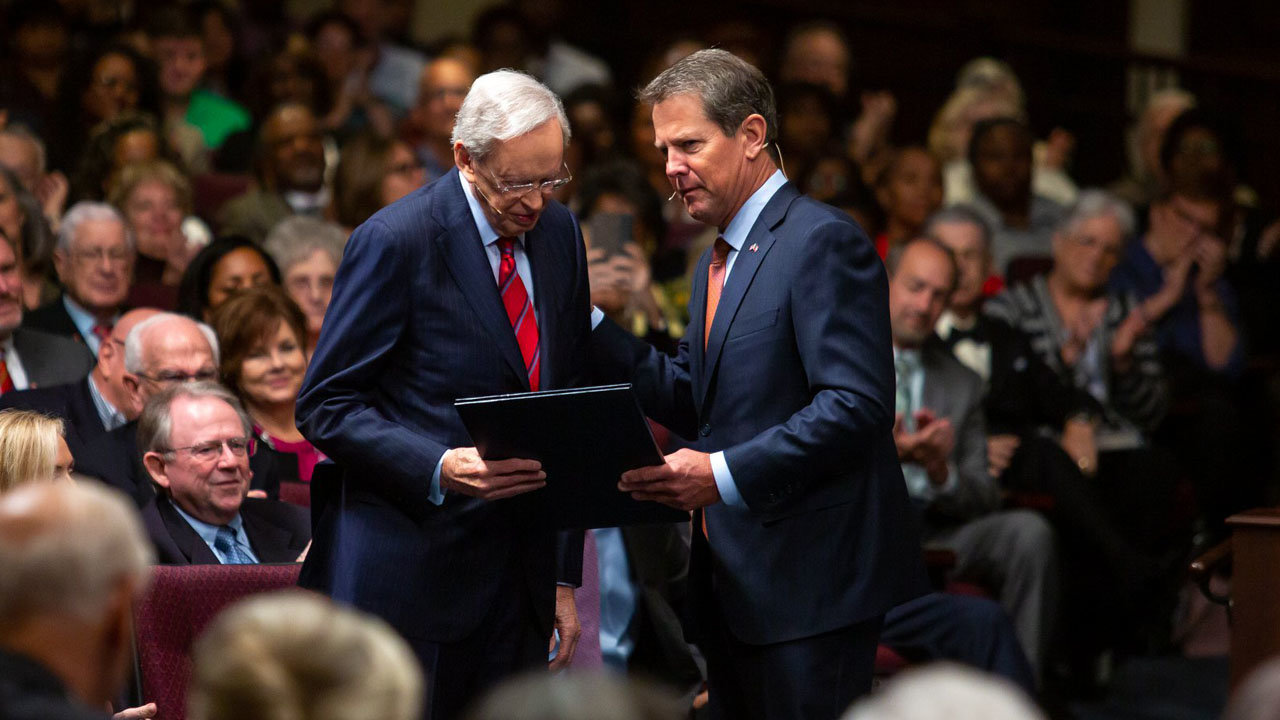 Click here for a printable pdf of this story.

DUNWOODY — In 1969 Charles Stanley joined the staff of First Baptist Church Atlanta as associate pastor. Two years later he would become pastor, thus continuing an ascent that has led to establishing the church as one literally taking the message of Christ into homes around the world every day. 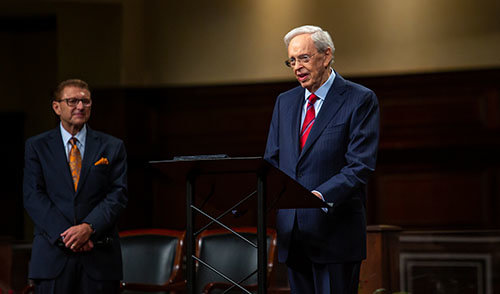 Charles Stanley greets guests and members of First Baptist Atlanta Sunday, Oct. 6 as he is recognized for 50 years of ministry with the church. Standing at left is Rodney Brooks, minister of music. FBA/Special

On Oct. 6 guests and members of First Baptist celebrated Stanley’s leadership and impact he’s made for the gospel. Those guests included Georgia Governor Brian Kemp, who presented a proclamation in honor of the pastor’s years of service. Stanley’s children, Becky Brodersen of Dallas, Texas, and Andy Stanley, founding pastor of North Point Community Church in Alpharetta, gave testimonies on their father to the crowd. First Baptist’s 300-voice choir and 70-piece orchestra led in worship while the Voices of Lee from Lee University in Cleveland, Tennessee provided a special song.

After the service, Stanley spoke to Fox 5 Atlanta about the day.

“How do I ever express how grateful to God I am for what He’s done over all these 50 years?” he asked. “I don’t consider it hard work. I consider it a wonderful opportunity He’s given me [to] do the most important thing I can possibly do: preach the gospel.”

Kemp extended his thanks to Stanley for his leadership.

“The words in this proclamation – I can promise you – cannot do honor and justice to everything that you've done,” Kemp expressed. “But it is a symbolic gesture on behalf of your state for your service Dr. Stanley. … Thank you for your service and God bless you.”

Reaching around the world

In addition to his pastorate at First Atlanta, Stanley established In Touch Ministries in 1972. That step provided a worldwide footprint for messages, books, and other resources through a variety of media. Over time, the means through which In Touch has spread the gospel and assisted missionaries has only grown. Today, In Touch programming is seen and heard on more than 2,600 radio and television stations in more than 50 languages. In addition, more than 1.5 million households each month receive books, studies, discipleship resources, and In Touch magazine. 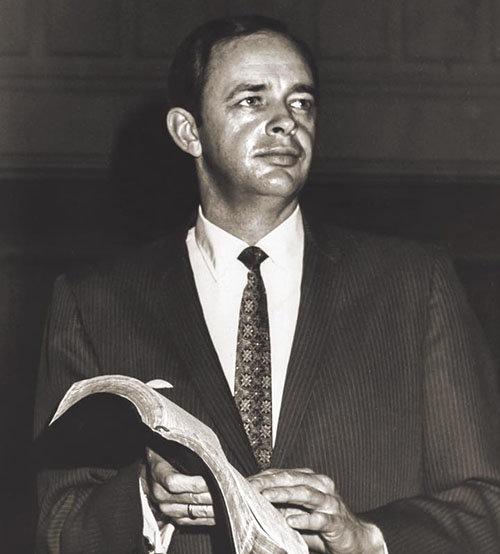 In 1997 Stanley led First Baptist to sell its property in Atlanta and relocate to its current location at North Peachtree Road and I-285 in Dunwoody. Under Stanley’s leadership First Baptist has grown to 13,000 members.

The biggest change at the church may be in who is sitting in the seats instead of where, though.

“What was in 1969 a typical, segregated congregation in the Deep South is now a multiethnic congregation of 97 nationalities among the membership,” stated a booklet at the event. “It is not uncommon for us to welcome as many as 300 visitors from across the nation and around the world in our morning services. Both members and guests, from multiple backgrounds and places near and far, are drawn to the anointed and Spirit-filled Bible-teaching of our pastor.”

Stanley, who turned 87 last month, credits leading a diverse congregation to the vitality and enthusiasm he feels at this stage of life.

“I live for Sundays,” he often says. When asked about retirement he simply adds, “I don’t believe in it.”