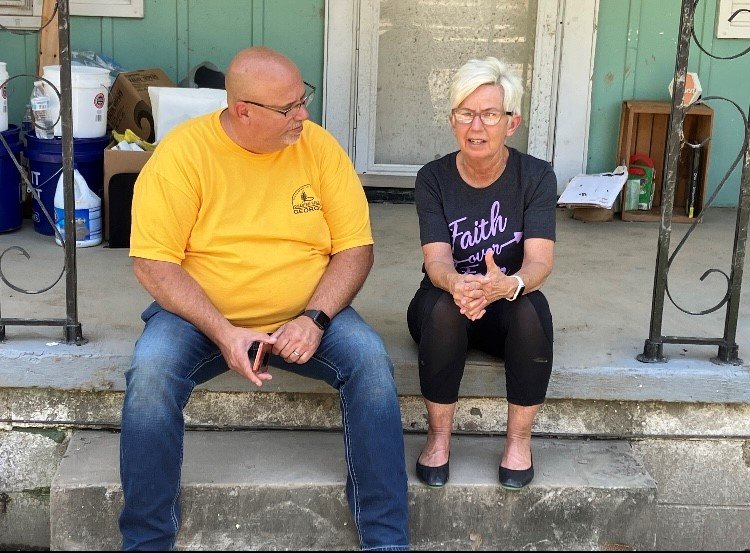 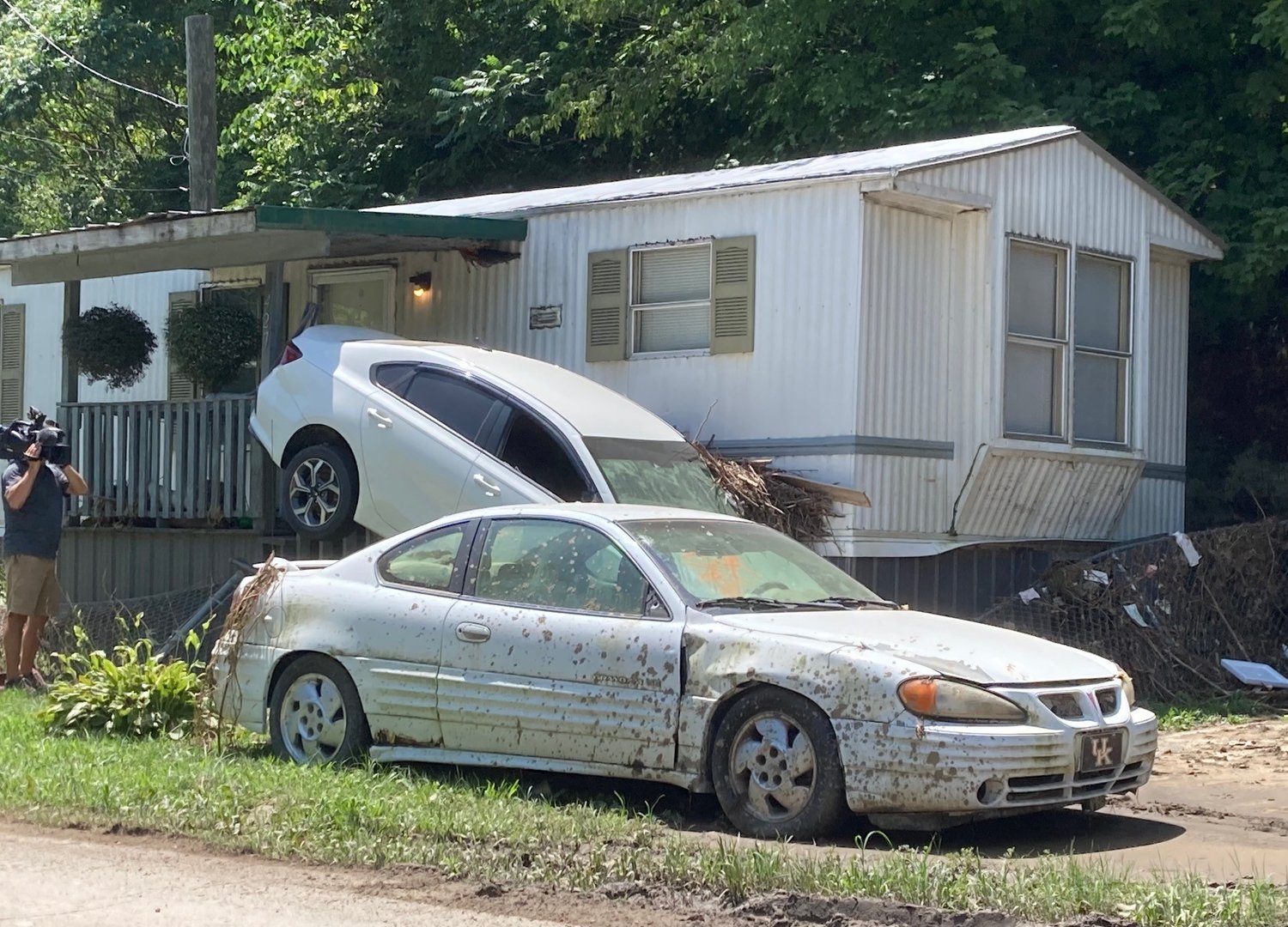 A car rests partially on the porch of a mobile home in eastern Kentucky on Wednesday, August 3, 2022. The car ended up there in a flash flood. 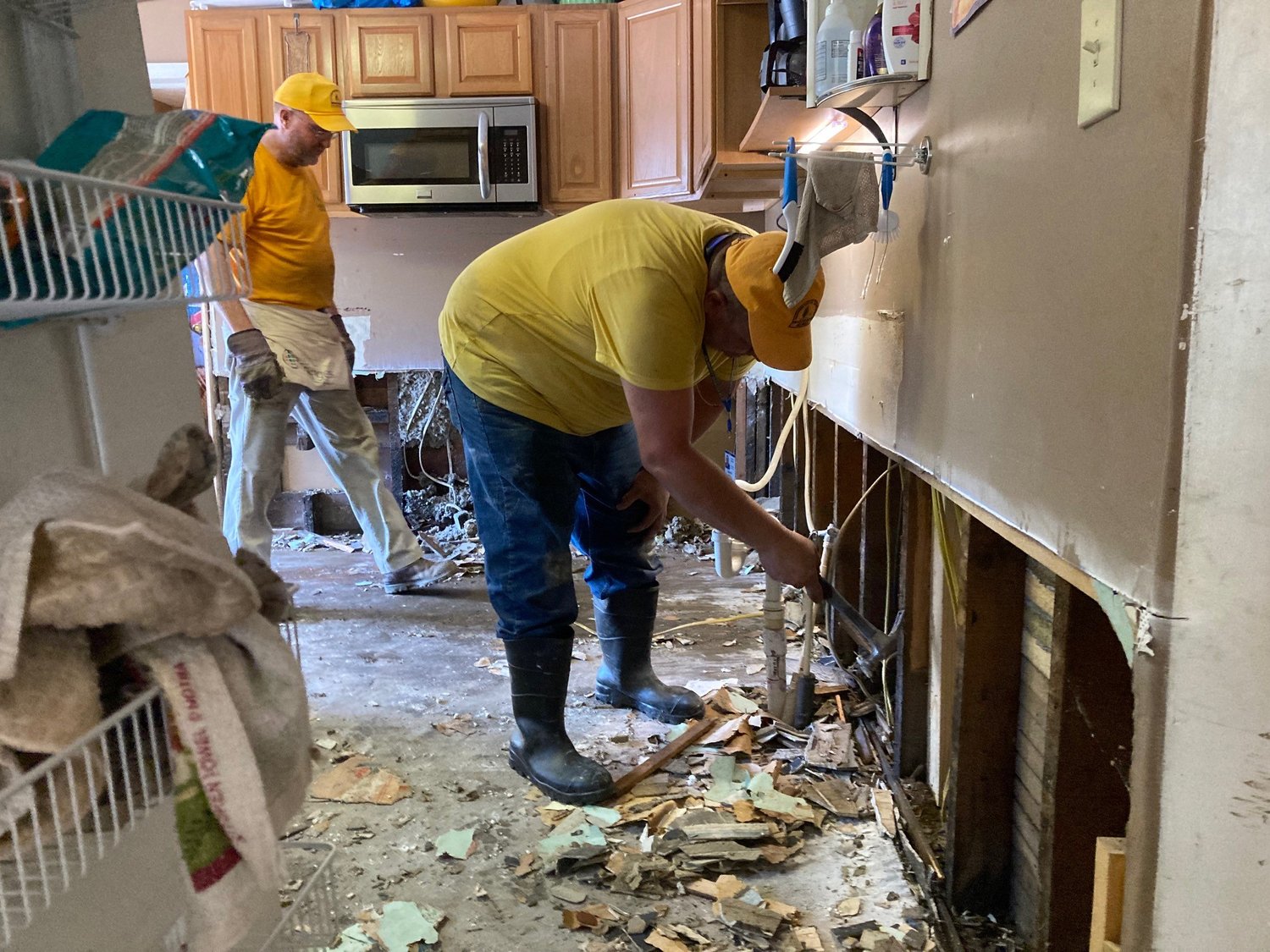 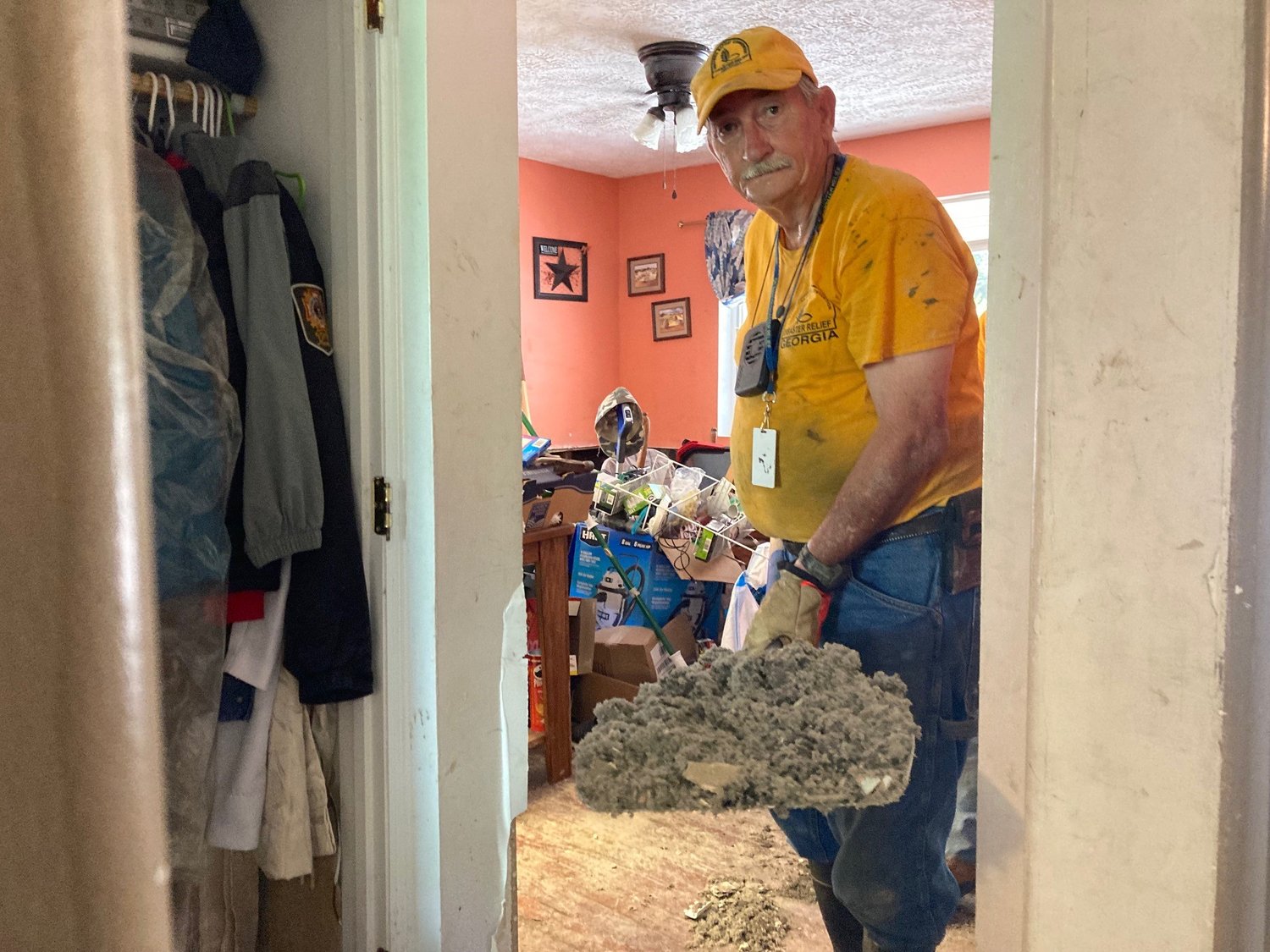 FLEMING-NEON, Ky. – It was a neighbor’s phone call that alerted Thelma Hall to the flash flood ravaging Fleming-Neon, a tiny community near the Kentucky-Virginia border.

Cars were bobbing in the street just outside her front door in floodwater that killed at least 37 people throughout eastern Kentucky. A sedan had washed up on the porch at one nearby home. And the muddy water was rising rapidly around her house.

Hall and her family sought refuge in a second-floor bedroom, hoping their home would withstand the torrent. It did. But the floodwater, which reached nearly three feet inside, took a heavy toll on the flooring, furnishings, and sheetrock walls.

“My three little boys are OK,” Hall said, wiping tears from her face. “That’s what matters.”

On Wednesday, a crew of Georgia Baptist Disaster Relief volunteers arrived to help her clean up the mess the flash flood left behind.

“What a blessing to have them here,” Hall said. “I wish I had the money to pay them what they’re worth.”

While private contractors do such work for profit, the Disaster Relief volunteers accept no payments. Theirs is a ministry that offers hope and help to the hurting.

“We’re just glad to be here doing what God has called us to do,” said Georgia Baptist volunteer Thomas Young, leader of the crew working at the Hall home where the afternoon temperatures reached into the 90s with a heat index around 100 degrees.

Kentucky Gov. Andy Beshear praised volunteers who have arrived from across the country to help with recovery. That includes Southern Baptist Disaster Relief volunteers from several states.

“Remember, it’s OK not to be OK," Beshear said during a media briefing on Wednesday.

Georgia Baptists have set up a feeding station as well as mobile showers and laundries so people can clean up after grueling days of shoveling mud and carting away soiled furnishings.

These volunteers train continually for disaster responses. In the past year, they’ve been deployed to help people recover from tornadoes, hurricanes, and wildfires across the nation. They’ve also been sent to Poland to help with the Ukrainian refugee crisis.

Eastern Kentucky was declared a federal disaster area after up to 10 ½ inches of rain fell in 48 hours, triggering the widespread flooding.

Laton Gilroy, a volunteer from First Baptist Church in Hinesville, Ga., said crews are taking breaks at least once an hour to cope with the heat and humidity.

Gilroy, a construction contractor, sets aside four to five weeks each year for deployments with Georgia Baptist Disaster Relief.

“What I get out of it is the blessing of being involved in a ministry that God has put on my heart,” he said.