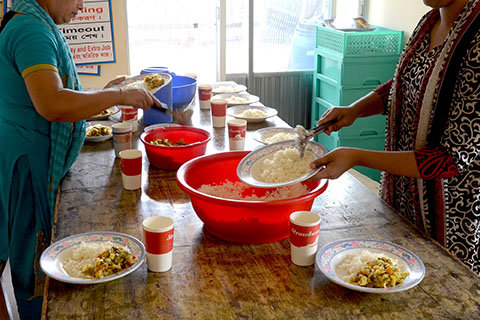 SOUTHEAST ASIA (BP) — "I don't want to go back," Naomi* said, her voice thick with emotion. The middle-aged woman wiped away tears with the tail of her headscarf as she recounted how a Muslim group nearly beat her husband to death over an alleged blasphemy charge.

Naomi's youngest sons, ages 12 and 17, sat quietly on the concrete floor. They chimed in occasionally to help their mother when certain English phrases eluded her. Floor fans churned the steamy air in a small apartment in this Southeast Asian city as Naomi told about the events that forced her family to flee their native country to the east.

The sum of their belongings lined the walls of the cash-only, one-room dwelling near the busy city center. Naomi's circumstances are typical among Christian asylum seekers here.

Forced out of their homes by violent persecution and pressed into hiding by harsh penalties for undocumented immigrants, asylum seekers wait in the shadows, hoping to find solace in the United Nations' refugee resettlement program.

Naomi recounted a recent telephone conversation with her oldest son, 21, who was arrested and deported to their native country earlier this year with his father, Naomi's husband.

"Mama, how long will we hurt?" he asked. "Trust in Jesus," she said between sobs. "Just pray."

Six years ago, David and Melinda Cooper* became aware of the growing refugee influx in this Southeast Asian city. Former missionaries, David now serves as pastor of an international church. Through its ministry and with the help of volunteer teams, they are providing critical aid and compassionate care to the displaced.

"The refugee ministry started because God brought refugees to our church and we heard their story," Melinda said. "It built up steam very quickly." 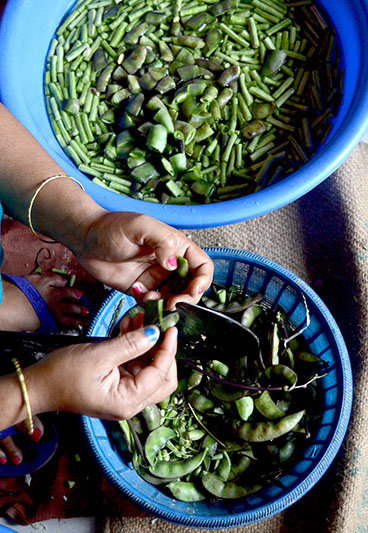 News reports say more than 11,000 asylum seekers have fled from the same country as Naomi's family to the Southeast Asian city where the Coopers serve. Baptist Global Response, with the help of gifts from Global Hunger Relief, has been able to support efforts to care for the nutritional and spiritual needs of the refugee population.

Global Hunger Relief is a partnership of seven Southern Baptist organizations to fight the global hunger crisis. Baptist Global Response is one of those seven partners and has prioritized meeting the needs of refugees around the world during the last few years as the refugee epidemic has grown.

Church gifts through the Cooperative Program provide a global infrastructure so that 100 percent of GHR donations help feed those who live with constant hunger.

With financial help from GHR and BGR, the international Baptist church has been able to purchase, organize, and distribute monthly food bags. Teams from churches in the United States travel to Southeast Asia on short-term trips to help distribute critical resources and spend time with asylum seekers, listening to their stories about flights from affliction and the search for hope.

Those humanity-filled moments are important, asylum seekers say, because many of them rarely go out in public for fear of being reported or noticed by immigration police. The social interaction is especially enjoyable to children and teenagers. There are very few educational options available to asylum seekers, so peer interaction provided by classroom settings is out of reach in most cases.

Naomi's husband and oldest son were held in immigration detention before they were deported. She's thankful they are alive, but she knows they are now in danger. The anxiety caused by the separation of her family exaggerates Naomi's health problems. Without access to proper medical care, high blood pressure and diabetes are a constant concern. 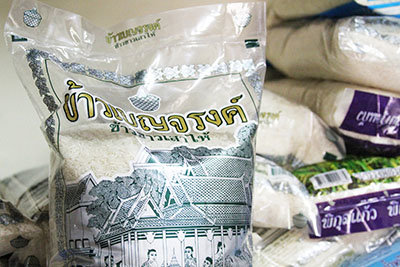 Naomi's husband and oldest son cannot go back to their hometown, she said, so they currently live in another region of their native country. Her husband changed his appearance to avoid detection.

Naomi longs to see her family reunited and resettled, but she has refused to willingly take her youngest sons back home due to the threat of violence against their family. Her family's UNHCR refugee status determination case has been closed, and if their current appeal is unsuccessful, she and the two boys will be deported later this year.

Until Naomi and her young sons learn a final outcome of their case, they will continue to find help from the Coopers and the church they lead – as well as through Southern Baptists' gifts through Global Hunger Relief.

*Names changed. Seth Brown is content editor of the Biblical Recorder, newsjournal of the Baptist State Convention of North Carolina.