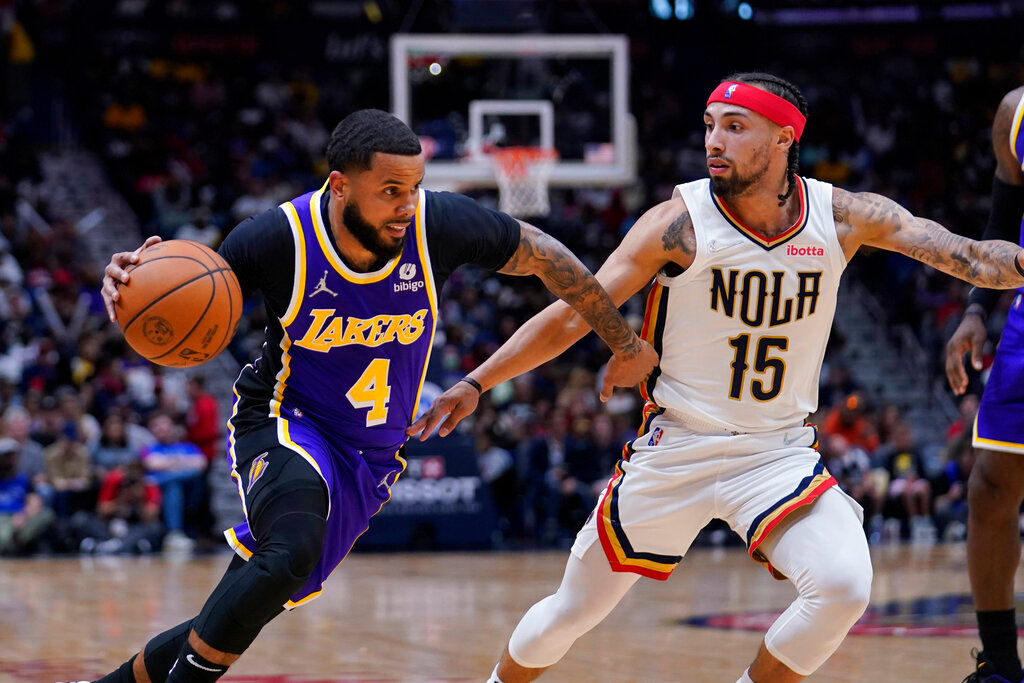 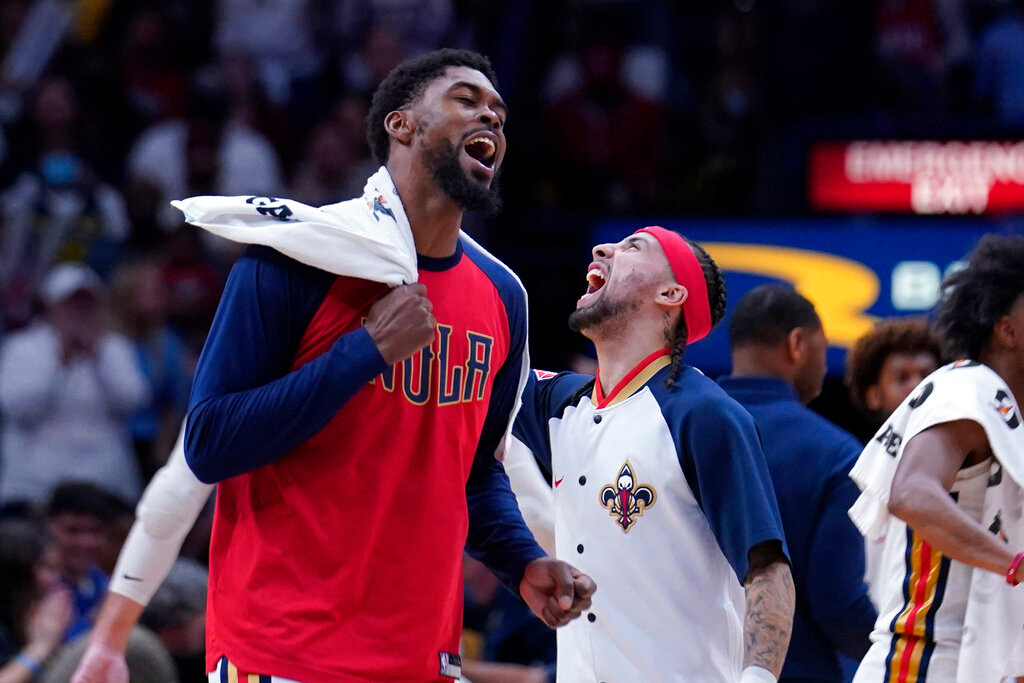 New Orleans Pelicans forward Naji Marshall, left, and guard Jose Alvarado celebrate as a timeout is called in the second half of an NBA basketball game against the Los Angeles Lakers in New Orleans, Sunday, March 27, 2022. The Pelicans won 116-108. (AP Photo/Gerald Herbert)
Gerald Herbert
Previous Next
Posted Tuesday, March 29, 2022 9:17 am

The change makes Alvarado eligible for postseason play, should the Pelicans qualify.

The 6-foot Alvarado, who played in college at Georgia Tech, appeared in just eight of New Orleans' first 35 games, but has seen a surge in playing time and production during the second half of the season — becoming a fan favorite in the process.

He has scored in double figures 10 times since Jan. 20, including a season high of 23 points on Saturday night against San Antonio. He also has had multiple steals in 13 games, with as many as six in a game, which ties for a team-high.

His penchant for getting steals earned him the nickname “Grand Theft Alvarado” on Georgia Tech radio broadcasts, and that has carried over to New Orleans.

Alvarado's teammates and coaches generally shower him with praise for his positive, energetic temperament, his hustle and his ability.

“He’s confident in games night in and night out,” Pelicans leading scorer Brandon Ingram said. "He makes a difference for our team.”

The Pelicans (32-43), who play on Wednesday at Portland, entered Monday's action holding the ninth seed — and the first of two play-in spots — in the Western Conference. The Los Angeles Lakers (31-43) and the San Antonio Spurs (30-44) trail close behind.