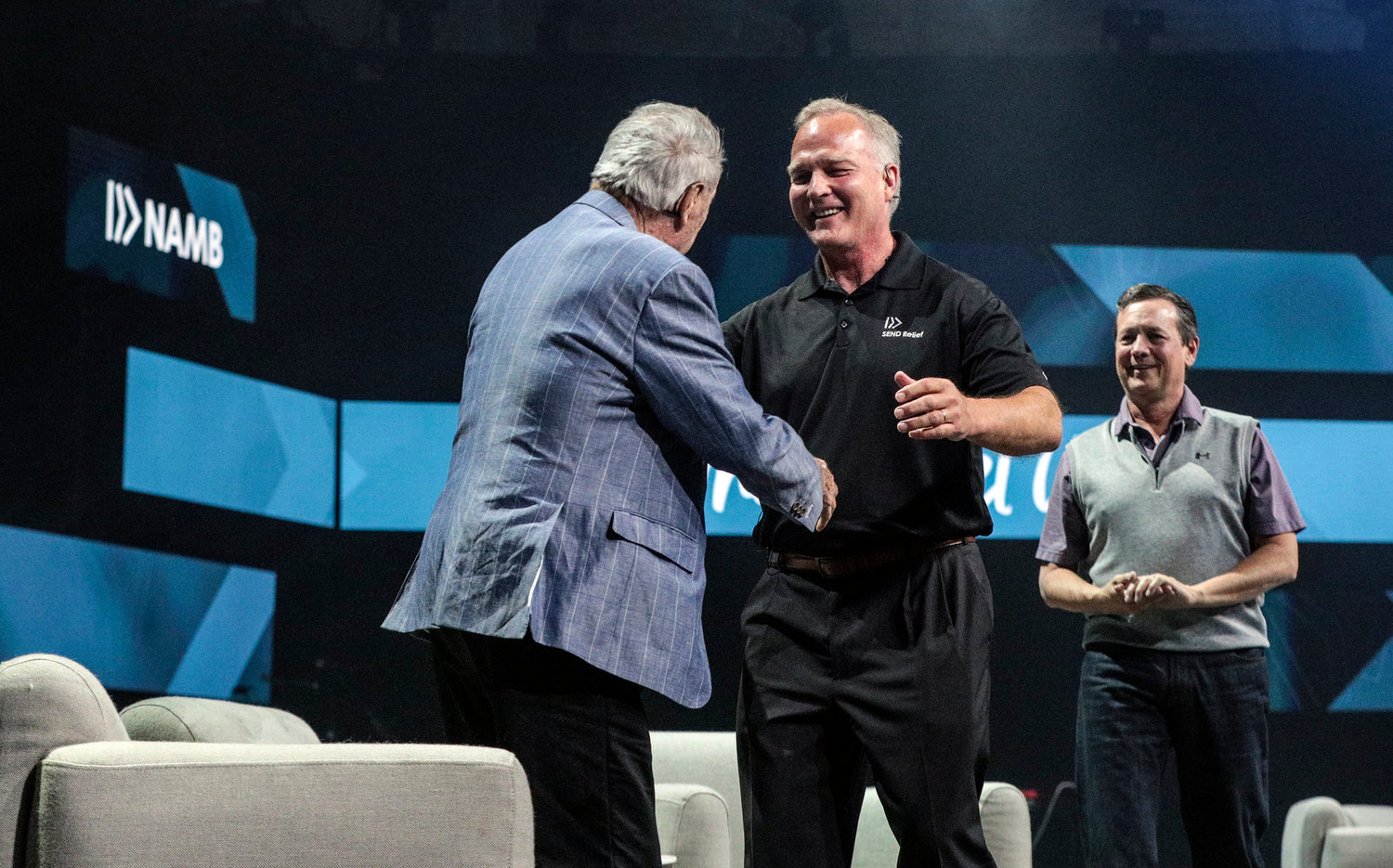 NASHVILLE (BP) — Mark Richt, the former University of Georgia football coach who is now a national spokesperson for the Southern Baptist Convention’s Send Relief ministry, announced Thursday he has been diagnosed with Parkinson’s disease.

“I have been waddling around lately and people have asked me what’s wrong,” Richt said in a tweet. “I’ve decided to tell everyone at the same time. I have been diagnosed with Parkinson’s.”

Send Relief President Bryant Wright said he is thankful for Richt and will be praying for him through this diagnosis.

“I am praying for Coach Richt and his family during this time,” Wright said in a statement. “It was a blessing to spend time with Coach Richt recently as he became a national spokesman for Send Relief. His strong faith and positive attitude in the face of any challenge is inspiring.”

Richt was the University of Georgia’s head football coach from 2001-2015, and at the University of Miami from 2016-2018. During his tenure with Georgia, Richt led the Bulldogs to a 145-51 record, including nine bowl wins and two SEC championships. He was twice named SEC coach of the year.

In the tweet, Richt said he looks at Parkinson’s disease “as a momentary light affliction compared to the future glory in heaven. Thank you Jesus for promising us a future blessing of a glorified body that has no sin and no disease. In the meantime I am going to enjoy the blessings that I do have.”

Richt is also an analyst on the Atlantic Coast Conference’s TV network.

Beyond his football accomplishments, Richt was known for his strong and outspoken Christian faith. It was during his time at Georgia that the faith of Richt influenced a young sports reporter named Todd Unzicker.

Unzicker, who recently took on the role of executive director-treasurer for the Baptist State Convention of North Carolina, was not a Christian at the time but described the faith displayed by Richt as different from the “typical,” cultural Christianity he had experienced.

After he became a Christ follower, Unzicker served as a missionary in Honduras. He hosted Richt on a short-term mission trip there, and later hosted a short-term trip with Richt and members of the Georgia football team.

Unzicker tweeted support for Richt, saying “his impact on my life is impossible to calculate & has eternal significance.”

He told Baptist Press that Richt’s incredible impact includes covering the cost of the adoption of his daughter Georgia (named in honor of this act of kindness), as well as his constant discipleship and friendship through the years. He said he is praying and standing with Mark and his wife Katharyn during this difficult season and praised Richt’s ministry role with Send Relief.

“Mark is a perfect fit for Send Relief because he has always cared about helping the hurting in Jesus’ name,” Unzicker said.

Richt plans to continue to serve as Send Relief’s National Spokesperson, as well in his role with the ACC Network. His new book, “Make the Call: Game-Day Wisdom for Life’s Defining Moments,” is scheduled to be released August 31.