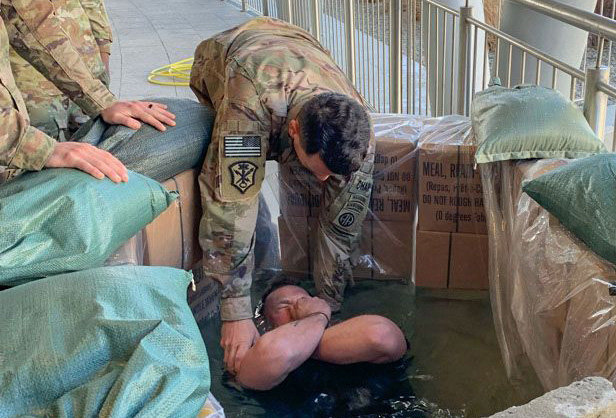 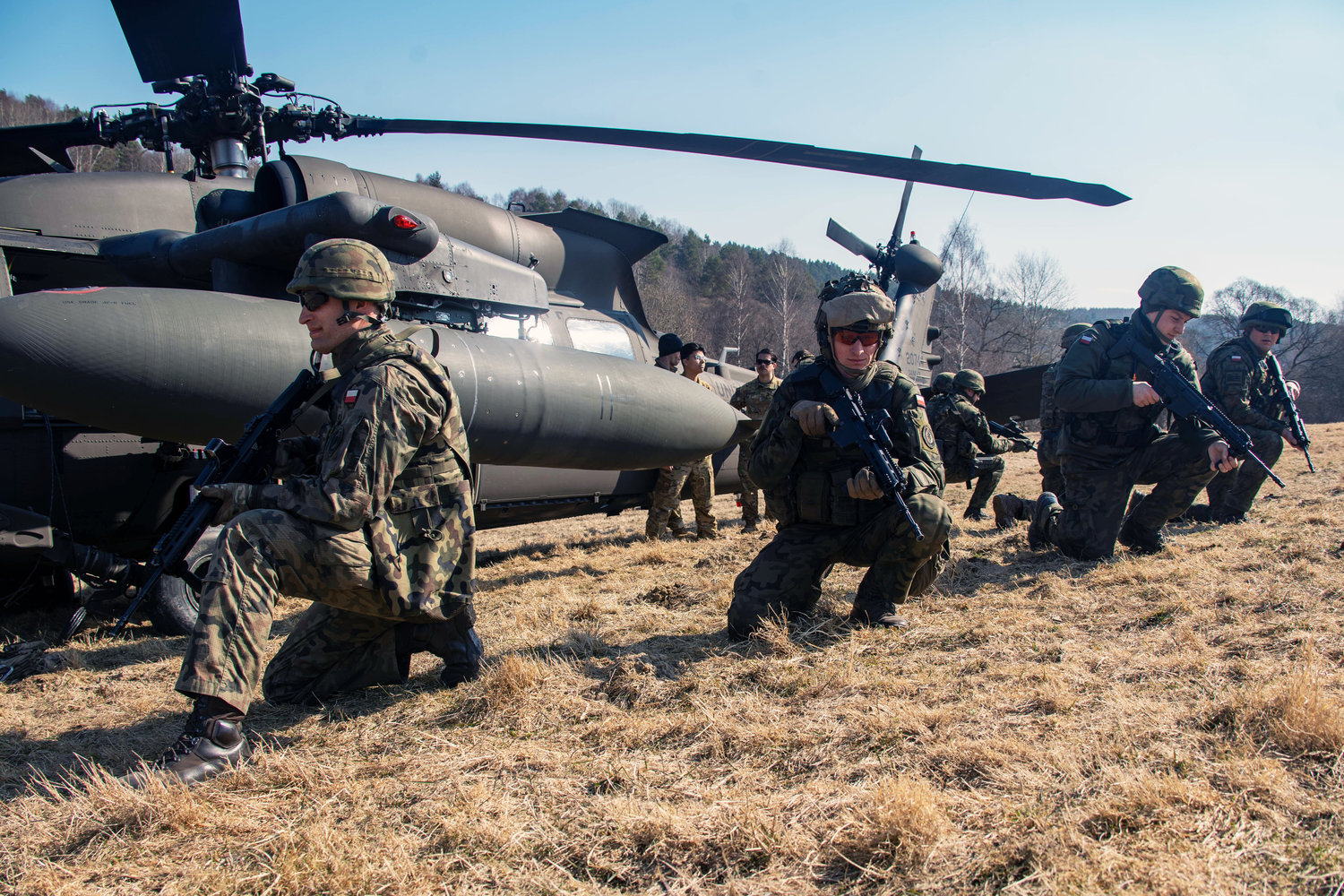 As Americans celebrate July 4, thousands of members of the U.S. Armed Services are sacrificing to maintain peace and defend the freedom that the United States and many other nations enjoy, and chaplains are there with them, providing the spiritual support they want and need.

In early 2022 the reality of an impending Russian invasion of the Ukraine reverberated throughout the United States Armed Services community and members of the North Atlantic Treaty Organization. By the end of January, U.S. forces were put on high alert to provide support to NATO allies in Eastern Europe.

Members of the 82nd Airborne Division stationed in Fort Bragg, N.C., are a part of the nation’s Immediate Response Force designed to deploy within a day of receiving the command to go. Capt. Christopher Davis, a Southern Baptist chaplain, currently serves with the 82nd.

“Honestly, when you become a chaplain, you realize that the call to deploy is just a reality,” Davis said in written comments. “Your family accepts this as well. After being placed in the 82nd Airborne Division where we are IRF, it makes it even more real that you can be anywhere in 18 hours.”

By February, the division of paratroopers received the call to bolster NATO allies in Eastern Europe and began arriving in Poland as Russian troops loomed along the borders of Ukraine.

From there it was unclear what the next move would be as tensions rose, but one U.S. official said of U.S. troops traveling to the region, “They are being deployed to reassure our NATO allies, deter any potential aggression against NATO’s eastern flank, train with host-nation forces and contribute to a wide range of contingencies.”

The 82nd trained alongside Polish allies in several joint exercises that enabled both sides to learn about the others’ abilities, techniques and equipment after the U.S. decided to heighten its Eastern European presence in light of the Russian threat.

A sense of uncertainty remained during those operations, and many soldiers started asking deeper questions as the possibility for conflict drew nearer.

“As soldiers have been stressed and asking what their purpose is over in Poland, it has opened the door to gospel conversations of what their true purpose is,” Davis wrote during his deployment. “Many soldiers, now that they are away from their families and have time to think, are asking serious spiritual and ethical questions.”

Then on February 24, Russia invaded Ukraine, and crisis erupted all around as the war displaced tens of thousands of Ukrainian citizens who fled across borders to escape the violence, including into Poland.

Soldiers began supporting independent orphanages, entertaining and encouraging the children there. Reception centers for refugees opened up along the Polish-Ukrainian border, and soldiers were dispatched to help as Ukrainians sought solace from the fighting.

“Each week we send 20-30 Soldiers to assist. They are changing and cleaning bedding and cots,” Davis wrote. “They are playing with kids there. We are able to donate…supplies that will also help the Ukrainian refugees and the centers, from diapers to medical gloves.”

Over the course of three months, Davis also saw chapel attendance increase from nine to 40. At least three soldiers professed new-found faith and followed through in baptism. Soldiers worshipped together during chapel services and participated in discipleship and accountability groups throughout the week.

The war continues raging as Ukrainian nationals refuse to succumb to the incursion of Russian forces while NATO and allies of Ukraine provide financial support and resources. Many Western nations have used sanctions as a deterrent against Russian aggression, and two previously neutral nations that share borders with Russia, Sweden and Finland, have viewed the invasion as an impetus for joining NATO.

The anxiety surrounding the situation in Eastern Europe, along with mounting pressures elsewhere around the globe, offers Americans celebrating Independence Day this July 4 a reminder of freedom’s fragility.

“For the past 247 years members of the U.S. Armed Services have continually and successfully served the nation with their blood, sweat and tears as America’s guardians of freedom,” said Doug Carver, retired chaplain major general in the U.S. Army and executive director of chaplaincy for the North American Mission Board.

Among those service members are thousands of chaplains, who bring comfort, care and the message of salvation to the men and women who sacrifice so much in service to the nation.

“Southern Baptist military chaplains have the distinct privilege of ministering to our troops deployed throughout the world,” Carver said, “sharing with them the hope of the Gospel and pointing them to the Lord Jesus Christ’s impeccable credentials as humanity’s only Savior and Source of life and liberty.”

By mid-May, the Department of the Army announced that several units with the 82nd Airborne Division would be relieved by reinforcements.

“Throughout this deployment I have counseled those with relationship and marriage issues, suicidal ideation, stress, anger, frustration and boredom with the Gospel,” Davis wrote. “I have preached the Gospel from the chapel pulpit. We have studied the Gospel in our discipleship group.”

Davis and those he serves will return to their home station, but the United States’ continued military presence will display support for Europe and NATO.