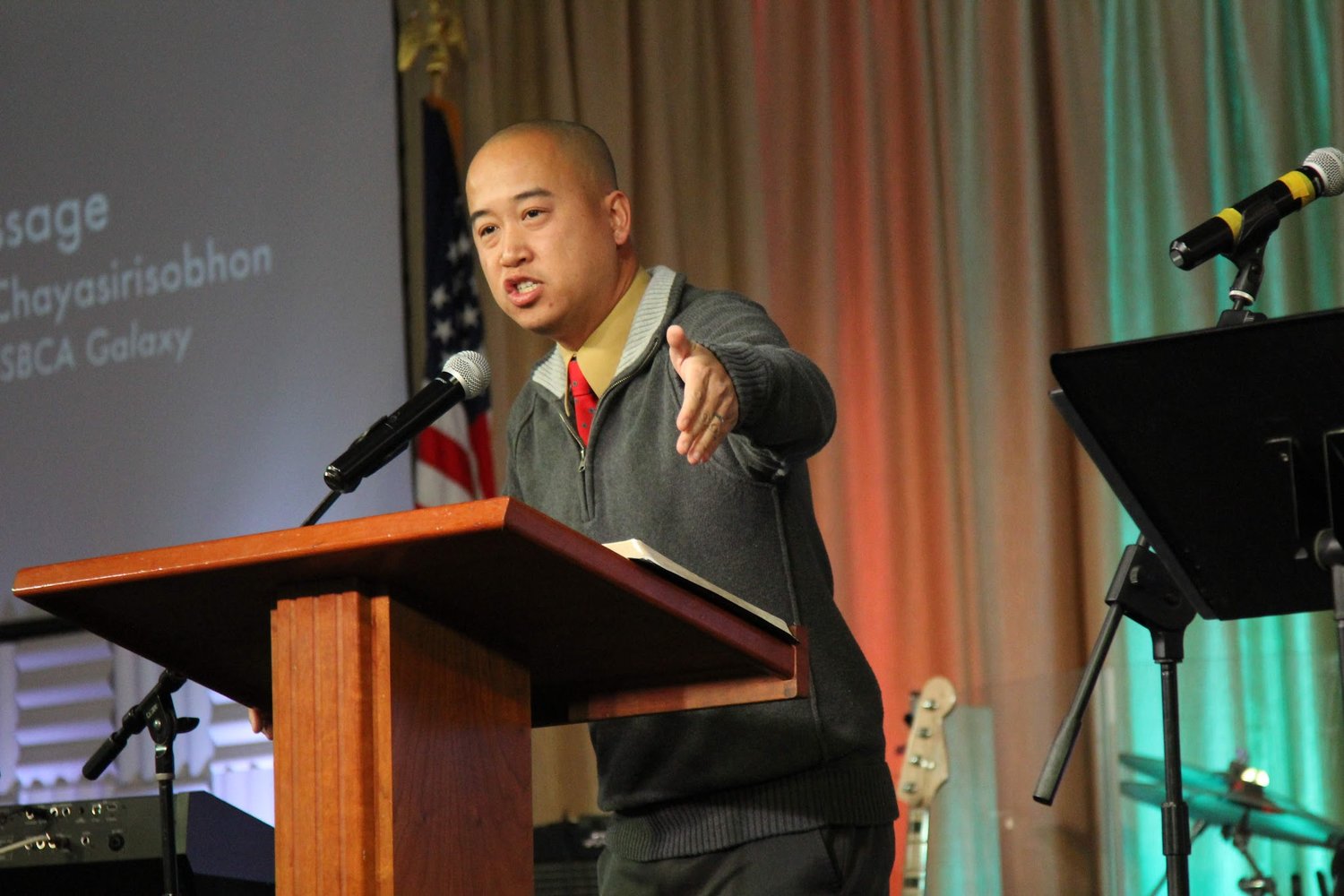 Chayasirisobhon, lead pastor of First Southern Baptist Church (FSBC) in Anaheim, is the first Asian president of the California convention.

“What I would like to do is unite California as a family, because we have so many different entities and it’s such a large state and they’re so many different types of people that live here,” Chayasirisobhon said. “People sometimes think it takes calculus to make everything work together. I don’t think it takes calculus. I think we need to go back to simple math. Getting to know each other and loving each other.”

Although loyalty and family are two of the most important components to his ministry philosophy, Chayasirisobhon said he actually learned these positive lessons during a negative time in his life – as part of a Hispanic gang.

Chayasirisobhon said after accepting Christ at a young age, he fell away from the faith during his teenage years. As he struggled in his relationship with his family, the gang became his family for several years and “stepped up for me in a way that the Church didn’t at the time.”

After more than five years as a part of the gang, he said God’s grace brought him out of that life. He realized God was real and there was still an opportunity to come back to Him.

He discovered the gang was right about the importance of “family,” but they went about it in the wrong way.

“It’s those ideas of loyalty and unity that I took from a gang setting and I applied them here in ministry,” Chayasirisobhon said. “There’s nothing good about running with a gang and doing those sorts of things, but the principles that you can take out of why people would even be in a gang is something I’ve applied here in the church.

“Nobody wants to join those types of groups, they just sometimes live in communities where they have to, either for protection or just to feel like they fit in growing up. It’s easy for me to talk to kids and give them an alternative at church.”

Now with a healed relationship with his own family, Chayasirisobhon has been pastoring at FSBC Anaheim for 16 years.

The ministry of FSBC Anaheim reflects the multi-cultural family that he wants to emphasize in the state convention.

In addition to the main congregation, seven other churches as well as a school meet at FSBC Anaheim’s building at various times throughout the week.

Among the churches are three different Spanish churches, a Thai church and a Kenyan church. None of the churches are charged rent to use the building, and any children who live in the community can attend the school tuition free.

Chayasirisobhon said the church holds intentional community outreach events throughout the week, and joked that one could eat at church all day long with all of with the various times the different churches fellowship at the building.

Bill Agee, CSBC executive director, praised Chayasirisobhon, a multiple time graduate of Gateway Seminary, both for the ministry of his church as well as his ability to unite people with his leadership.

“Here in California diversity is the name of the game,” Agee said. “He lives diversity; he doesn’t just talk about it. He puts everyone at ease and makes everybody feel like they are just as important as the next person by giving them the chance to be who they are. Anyone who is around him can’t help but like him and appreciate him.”

Chayasirisobhon explained his own multi-cultural background, being Asian and spending time in a Hispanic gang, has given him the passion and skills to unite the church as the family of God.

“God knew what He was doing with me when He put me in different groups,” Chayasirisobhon said. “God has shaped me with all of these types of friends and got me used to being around different people. As someone who is multi-cultural, my parents always taught me to take the best out of every culture. It showed me that you can be family with anybody, you just have to put in the time and get to know them and what makes them different from you.

Chayasirisobhon is thankful all Southern Baptists will witness the unity and diversity of California Baptists when the 2022 SBC Annual Meeting takes place in his church’s home city of Anaheim next June.

“When people come out here, what I think they will see is what we’re used to here, a diversity of Christians,” Chayasirisobhon said. “I think what the greater SBC family will see is that there is a tremendously diverse family here that is very willing to work together and get to know them, and wants to bond with them.”

He hopes despite any disagreements that may exist, that the convention will always keep in mind that at the end of the day they are a family.