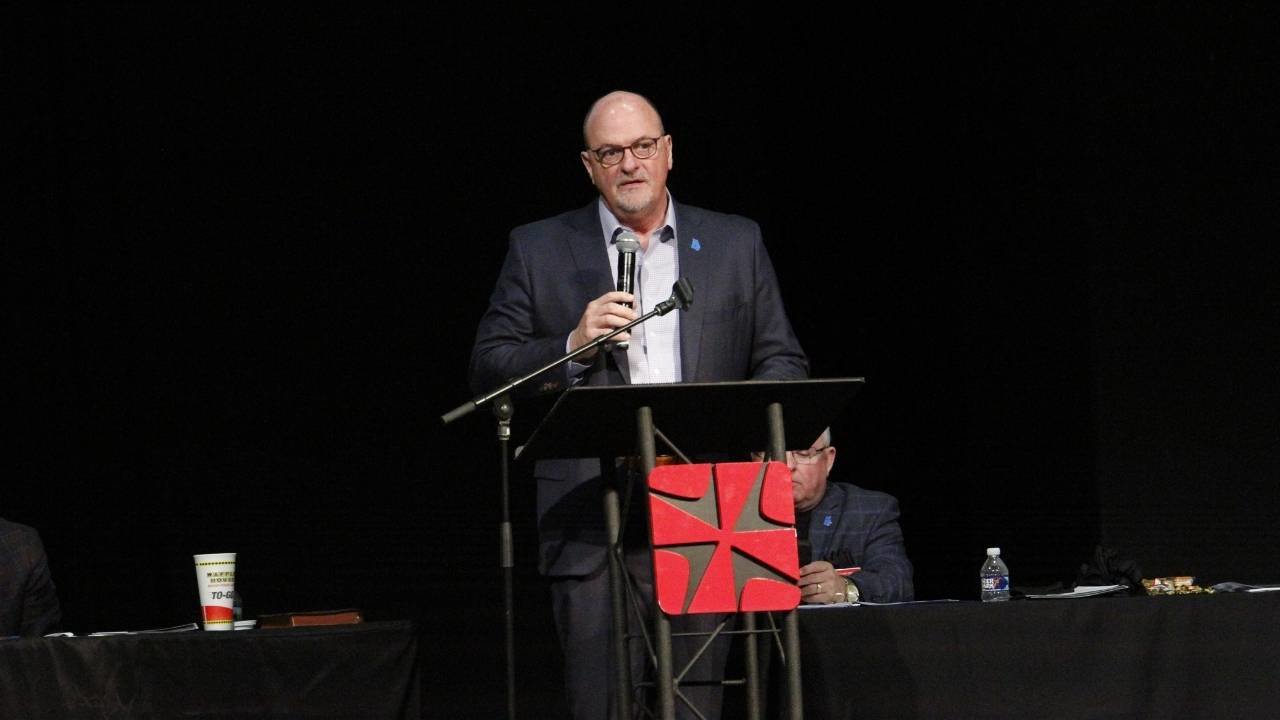 GBC 2nd Vice President Alex Cosio, pastor of Nuevo Horizonte Baptist Church in Woodstock, shared a devotion on Leading through Suffering. He cited statistics about pastors – 39 percent of pastors interviewed said they were suffering from anxiety. About 68 percent said they’d felt overwhelmed this past year. Even more feel alone during this time.

Cosio spoke out of 1 Peter 5, where Peter addresses anxiety in difficult times.

“The first thing a godly leader must do in a time of suffering is to lead by example,” Cosio said. Cosio emphasized the Church is not under the authority of any man, but it is led by God.

Cosio asked the members whether they are leading by example by living out what they preach on Sundays. We are called, he said, to lead and to care for those who are suffering.

The second point is to practice biblical submission. “Submission is not a word that is popular these days,” Cosio said. “God established submission and he expects us to submit to His authority. You cannot be an authority unless you are under His authority.”

Cosio said now is a time when we can be very discouraged, and that discouragement can lead to anxiety. He referenced 1 Peter 5:7, “Cast all your anxieties on Him, because He cares for you.”

Dr. Steve Echols, president of Brewton-Parker College, reported on the importance of biblical integrity at the three Georgia Baptist schools.

“At BPC, every person who teaches on the faculty, works with students, and is on staff affirms the Baptist Faith and Message,” Echols said.

He said the college would continue to remain faithful to the mission.

“We want to see lives transformed,” Echols said. “We have seen 300 saved in the past six years during my time as president. During the pandemic, when we focused on small groups, we’ve seen over 20 saved.”

Echols said the college will finish the year at least 8 percent in black and enrollment is up from past years.

Dr. Jonathan Gray, president of the Georgia Baptist Foundation, said the foundation distributed $13,677,000 to kingdom ministries. The foundation is currently managing $482,000,000 in assets.

Mike Griffin, Public Affairs Representative for the Georgia Baptist Mission Board, gave a report on the 2021 legislative session.

“We are facing one of the biggest moral crises in the history of America,” Griffin said. “I’ve seen it for 14 years. It is happening as I stand here and speak.” Griffin emphasized that politics is a direct result of culture. Culture, Griffin said, has to be a result of the Church’s influence.

“It is a bad day when the Church starts to be downwind from culture,” Griffin said.

Griffin said we have a responsibility to act and to be involved.

Griffin provided several fact sheets, which can be found here.

Message from the GBC President 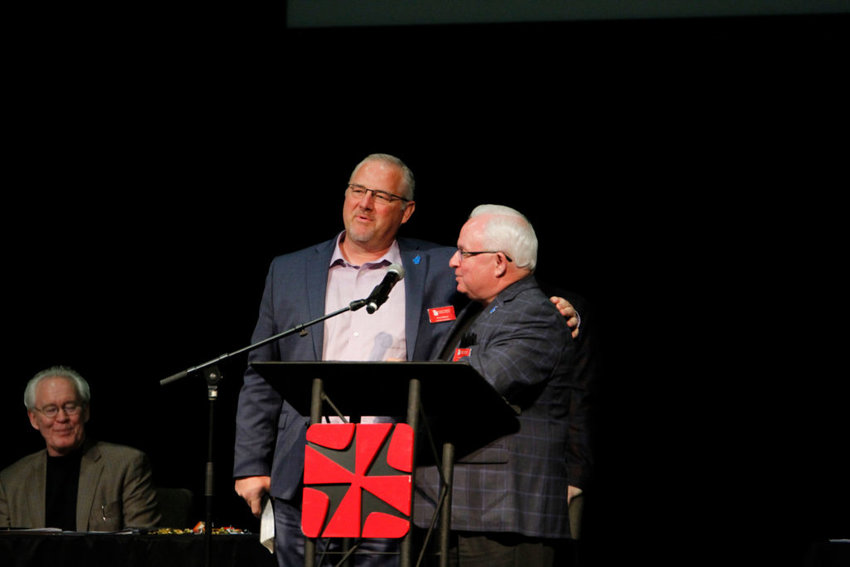 He challenged the pastors to ensure that we are not allowing our culture to direct their pulpits.

Williams said the talk from the pulpit has to translate to action. He said churches have to engage the people with the Truth, then push them into the field to do the work.

Executive Director W. Thomas Hammond, Jr. gave an update on seven directives made during the May 2020 executive committee meeting.

David Melber, Chief Operating Officer for the mission board, provided the Cooperative Program overview and emphasized that the mission board is in a healthier place financially than it was last year.

Tim Dowdy, Pastor Wellness lead strategist, introduced a new staff members Andy Childs, catalyst in the Northern Regions, and Wendy Milligan, Wellness consultant. He also shared about the upcoming Pastors and Wives Retreat in April and the Pastors Wives’ gatherings for food and fellowship during the year.

Levi Skipper, Church Strengthening lead strategist, urged attendees to take the Church Assessment Tool if they have not already. He also introduced Chris Trent, the new Next Gen catalyst, and JJ Washington, the new Evangelism catalyst. Skipper said he is currently in the process of interviewing candidates for the open Worship and Music catalyst position.

Beth Ann Williams, Georgia Baptist Women lead strategist, gave a report on Mission Georgia. There are several upcoming events such as the Mission Georgia Roundtables, One Day Fun Day events, and Summer Serve, all of which have information available on missiongeorgia.org. She said the offering from last year has allowed Mission Georgia to come alongside 12 ministries and families as they pursue gospel-centered care in the community.

Melber announced that the Waycross property sold on February 3 to Baptist Village, Pine Bloom in Atlanta is under contract and will close by March 31, 2021, and there are offers for the Missions & Ministry Center in Duluth.

Hammond said the administrative staff of the mission board would continue needing office space, so there was a proposal to move forward with the option of purchasing a new building.

The committee voted to give permission for the GBMB to investigate options for purchasing the property.

Hammond confirmed the mission board’s commitment to Baptist Collegiate Ministries around the state. There are currently over 40, but Hammond said the hope is to expand into more universities and colleges to bring the number over 90. He also introduced the idea of relaunching and redeveloping BCM properties. Nearly 30 percent of the mission board’s building and grounds expenses are dedicated to upkeep for the BCMs around the state.

The Executive Committee voted to continue pursuing the idea.