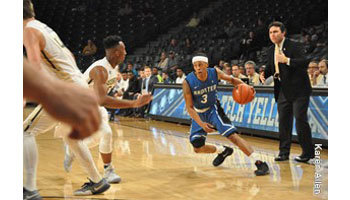 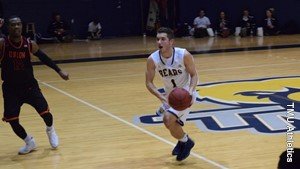 COLUMBIA, SC — Sophomore Christian Davis dribbled down the floor and hit a 15-foot jumper with 0.2 seconds left to play to seal an 84-82 win for the Truett McConnell men's basketball team Dec. 2 against Allen University. The win gives TMU its first league win of the year and improves the Bears to 4-6.

Allen tied the game up at 82-82 with six seconds left on a 32-foot three pointer. Davis, then, took the inbound pass and dribbled through the Yellow Jacket press to the free throw line. After a ball fake, he took the shot and hit nothing but the bottom of the net with 0.2 seconds left on the clock, not enough time for Allen to take a chance to tie.

Eleven players made it into the scoring column, including four players in double figures. Kai Lambert led the Bears with 15 points, while David Campbell Jr. finished with 14. Mario Westbrooks and Davis added 13 points each.

COLUMBIA, SC — The Truett McConnell women's basketball team won its second straight AAC contest Dec. 2as they held a potent Allen University offense to just 51 points in a 55-51 win for the Bears. TMU is now 5-4 and 3-2 in league play.

Both teams traded baskets to open the second half before Allen cut the lead down and tied the game with 5:42 left at 46-46. The Bears finished the game at the free throw line, knocking down five of its final seven free throws to seal the win.

Anna Murr led the Bears with 18 points as she hit five shots from distance. Ariana Sanders contributed 17 points to the cause as well. 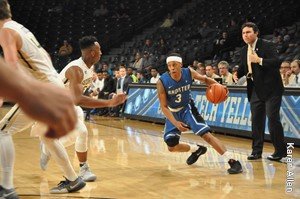 Shorter’s Taylor pours in 62 with win over Carver

Prior to his 62-point outing, which puts him atop the record books, Taylor boasted a career best of 46 points in a December 2015 contest against the North Georgia Nighthawks.

Taylor scored 40 of his 62 in the second half, helping the Hawks improve to 5-0. Shorter would drop its first game of the season Dec. 3 to Lee University, 86-70.

With 11:20 remaining in the game, Taylor took over. For 10:19, he almost singlehandedly led Shorter, scoring all but four points as the team outscored Carver 34-18. He made five three-pointers during that stretch and ended his night 9 of 15 from deep.

Jalen Kirkland scored the Hawks final points of the 109-86 victory, which moves the team's record to 5-0 thus far.

Damerit Brown contributed 20 points to go along with 12 rebounds, while Helligar added 10.