Black Panther is set in the fictional African nation of Wakanda and teaches strong moral values to viewers of all races and backgrounds. It is one of few Hollywood productions to generate $1.1 billion shortly after its box office release. MARVEL STUDIOS
Posted Thursday, March 15, 2018 3:30 pm
Joe Westbury

Black Panther is set in the fictional African nation of Wakanda and teaches strong moral values to viewers of all races and backgrounds. It is one of few Hollywood productions to generate $1.1 billion shortly after its box office release. MARVEL STUDIOS

This is a two-part story on the box office sensation Black Panther, and explains why the African American movie has been so well received by movie goers. Due to the response from the interviews, today’s story will focus on the female perspective; tomorrow’s story will share slightly different themes from the male perspective.

Make no mistake about it. Black Panther is as much of a woman’s movie as a man’s movie, or even as a teenage action flick.

It’s a movie full of female empowerment, of affirming the equal role of women in society on the battlefield as well as the halls of government. It’s also an action movie which includes something for just about everyone in the family, from the futuristic tech nerd to those seeking a hint of romance as well as a touch of Star Wars with its fancy fighters flitting across the sky.

And it’s not just an African American movie. Very little of it is even set in the United States and it avoids all the stereotypes of the African American struggle in American society. It is actually  uplifting and plays across the racial spectrum, incorporating elements of love, power, and the eternal struggle between right and wrong. 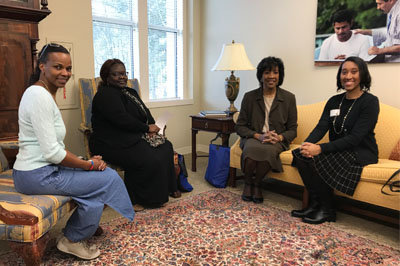 For the uninitiated, about the only thing it is not is about the radical Black Panther Party movement that was founded in 1966. That may be the first thing to come to mind of Anglos when they first hear of the title, but it was never on the mind of  Georgia Baptist African Americans interviewed for this article.

And, for the record, it is remarkably not about African American suffering, slavery, impoverishment, or the roadblocks of being accepted in an Anglo society. It’s as if those time worn stereotypes never existed.

The movie extends the Marvel Cinematic Universe to an even broader audience than before – far beyond comic book readers – as it splashes onto the theater screen. Its creative telling of the Black experience is one of a handful of movies to generate $1 billion in revenue in a matter of weeks.

The setting reminds students of history that wealthy African American nantions like the mythical Wakanda actually existed on the African continent before the Anglo colonizers arrived. The wealth, especially of gold, rivaled many European nations of the time and the trade routes brought even more riches to the nations.

The movie tells the story of how, after the death of his father, T’Challa returns to his African homeland to claim his rightful title of king. The conflicts which follow tests values of building alliances, overcoming ill conceived ideas, and the need to work together to solve problems. The importance of placing the common good over the needs of the few is also explored. It’s never preachy.

The Black Panther was introduced to the Marvel Comics line in July 1966 as the first superhero of African descent. The fantasy/science fiction movie is set in the mythical African nation of Wakanda and tells how the country mined the power of a meteorite to create vast weath, while hiding its wealth and advanced  technology from the world for fear of being colonized – which is the history of the entire continent.

Ronia Pickering, Jaline Dixon, Tonya Caldwell, and Caroline Dixon – all members of Greater Deliverence Baptist Church in Atlanta – dropped by The Index office last week to share their thoughts on the movie. They were part of nearly 90 individuals attending African American Day at the Baptist Missions and Ministry Center on March 8. 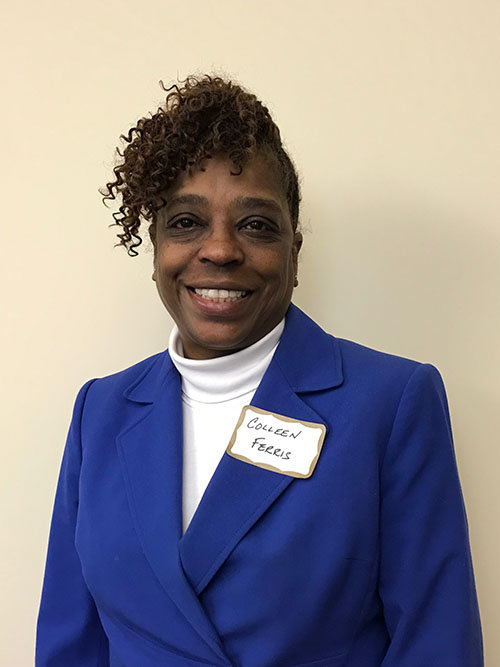 Colleen Ferris was a superhero fan but was not familiar with Black Panther. Today she is glad she saw the movie with its strong moral message. JOE WESTBURY/Index

Pickering said she felt one of the underlying teachings of the movie was that it is better to build bridges rather than fences. She also felt it was encouraging to see a minority race cast in such an upbeat light as a super hero.

Pickering explored the deeper recesses of T'Challah's childhood and how those poor experiences carried over into his adulthood. He was unable to forgive those who had done him wrong – beginning with his father – and was filled with unresolved conflict which brought pain to the lives he touched.

"You always remember where you came from, your past, for good or bad. It's part of who you are. But this movie showed what can happen when you keep your mind open to other ideas and begin to grow and mature in how you relate to others. As you heal, you bring healing to others through your example.

Caroline Dixon seized on the role of women in the film.

“It was nice to see Black females in leading roles rather than supporting roles to men. Women were prominent and played a significant role in the telling of the story.”

She also felt the role of bridges rather than fences was important.

“Fences separate us but we need to build bridges if we are ever going to get along together as individuals, as a society, and as a planet,” she added. Those themes played well throughout the movie’s 2 hour and 15 minute length.

Jaline Dixon focused on the theme of helping others and its story of redemption.

“I think it did a good job of teaching that if you have a talent, whatever it is, it should be used to help others to make the world a better place. You should share that talent, be a servant to others rather than keeping it to yourself. That’s also what we learn from the Bible,” she said.

Tonya Caldwell was impressed with the evolution of technology and how it was used to improve the quality of llfe.

Sharing technology, knowledge rather than holding it from others

“I’m a tech geek and found all of the technology to be especially intriguing. There is so much that is just waiting for us to discover out there; it was good to see how this small nation was able to accept the fact that it could use that technology to make the world a better place for everyone,” she said. 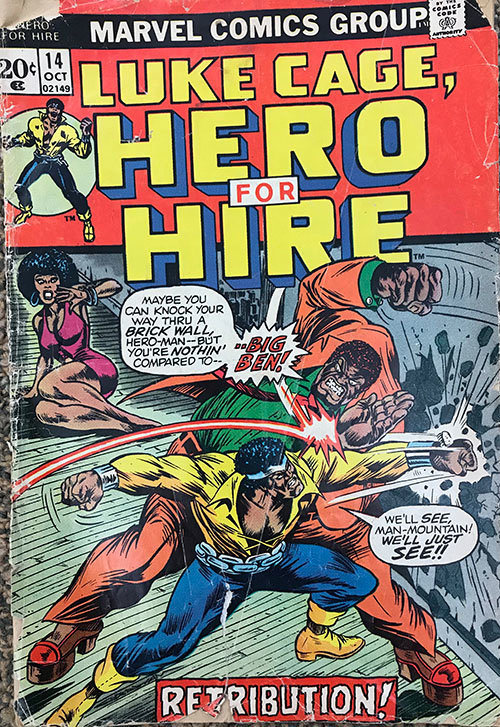 The Black Panther is one of a long line of Marvel superheroes such as Luke Cage, another African American. Others include the Avengers, Wonder Woman, and Captain America. ROBERT WILSON COLLECTION/Special

Pickering further stated the importance of always having faith “because without it you cannot grow. You can always find good in people.

“Through the telling of the story you can learn to understand why T’Challa was hurt … because he had been abandoned as a child, he was left behind,” she added.

Understanding the origin of such pain and seeking healing would, in itself, make the world a better place, especially in world leaders.

One thing the women were united on was the refreshing role of powerful women in the movie. The women were the most fierce warriors and protected the king. They were frequently outspoken and they were subservient to no man. It was not woman’s liberation, it was mutual respect between the genders.

It was encouraging, they said, to see such affirming role models.

Colleen Ferris of Rainbow Park Baptist Church in Decatur also enjoyed the story line. She was familiar with Captain America, Iron Man, and the other Marvel Comics superheros but not as versed on Black Panther which was first published 52 years ago.

But she was very familier with the superheros in the Marvel Universe; she had heard her son Malcolm talk about the movie character and he regularly records all the superhero movies on her DVD player.

A random theater outing makes a fan of Colleen Harris

She easily admitted enjoying the male macho superheros such as Captain America and Iron Man because of their good vs. evil action plots. So, out of curiosity, she and a group of women friends decided to venture out and educate themselves about Black Panther.

The first theater was sold out but they found seating at a second location. And it was certainly worth her time, she says.

“I rarely go to movies but I’m glad I did this time. I would certainly recommend it to everyone who wants a good story line, some action, and a very strong moral message. It did a good job of showing that people have prejudices but such attitudes keep us apart rather than allowing us to be drawn together,” she said.

What made the message so powerful was that the prejudice was between different people in the African world, not just white-on-black prejudice that is depicted in most movies.

And another element … the lone Anglo in the movie … was first distrusted by the people of Wakanda because of his race’s reputation of being colonizers of their continent. But once both began to trust each other, the Anglo began to see the Wakandan’s point of view and became a Luke Skywalker kind of hero in a major war.

The women agreed that the story of redemption from blind prejudice, regardless of the races involved, is a message the world needs to hear.