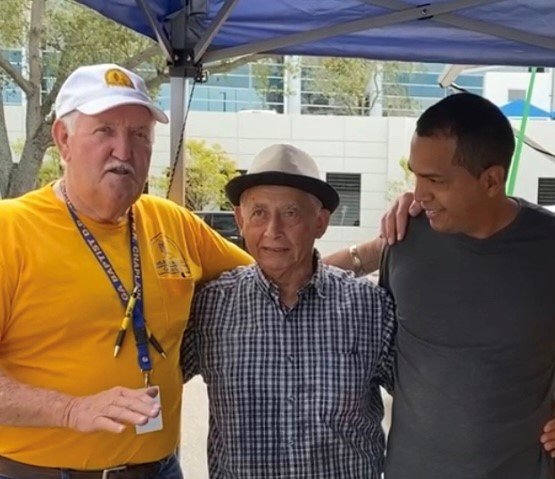 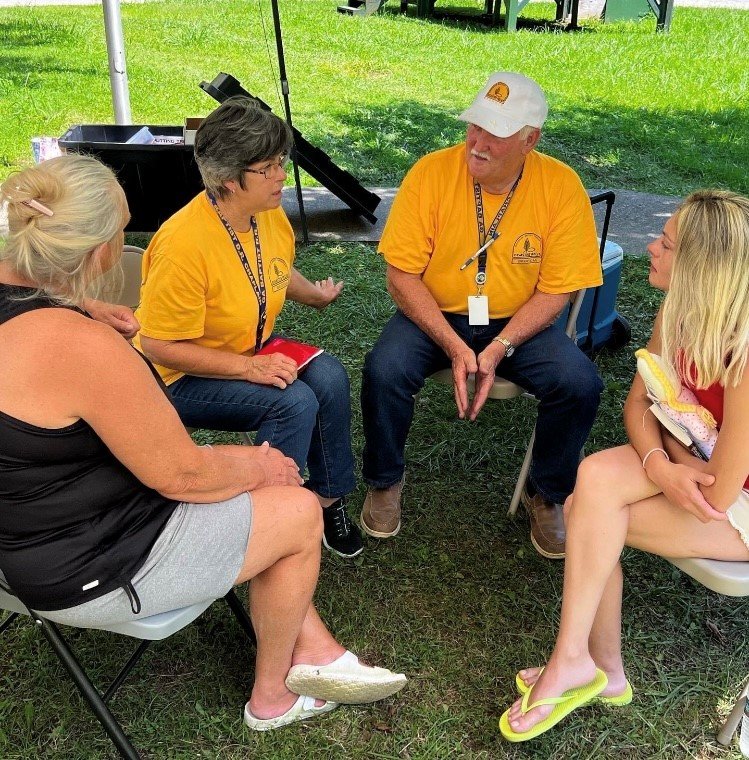 Ronnie and Linda Register, in the yellow Disaster Relief shirts, share the gospel with two Kentucky women, one of whom accepted Christ as Savior and the other rededicated her life to Him. Disaster Relief volunteers don't simply help the physical needs of storm victims; they also deal with spiritual needs. 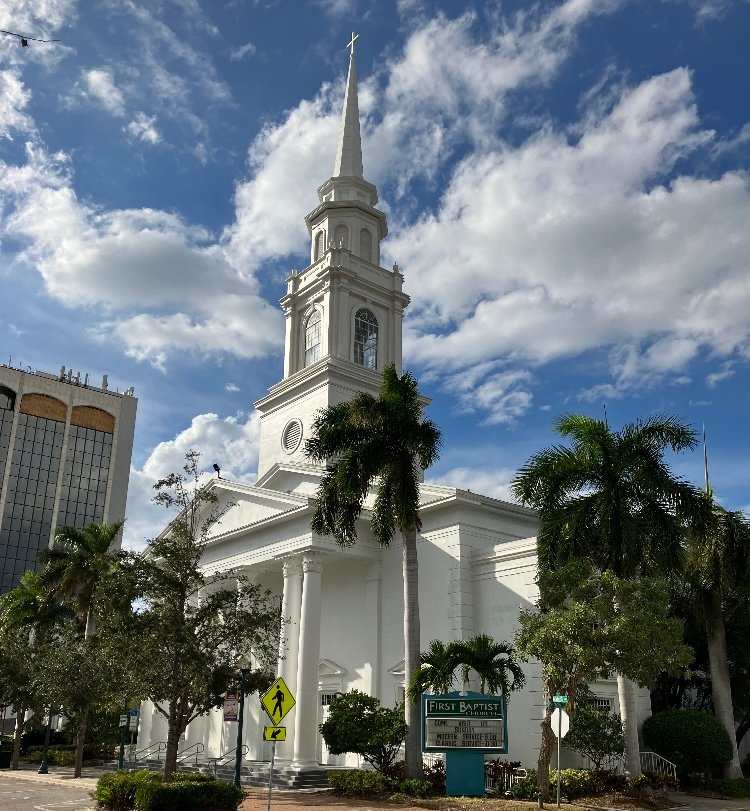 SARASOTA, Fla. – Carpet cleaners helping to remove the mess Hurricane Ian left inside First Baptist Church in Sarasota received a cleansing of their own after an encounter with a Georgia Baptist Disaster Relief team deployed to Florida to help survivors.

“It was a divine appointment,” said Chris Fuller, one of the Georgians who served in Florida. “One thing led to another, and they sat down in the sanctuary of the church where the gospel was presented and received by both men.”

More than 150 Georgia Baptist Disaster Relief volunteers were deployed to the Sarasota area in the weeks after the hurricane blew ashore on September 28 with 150 mph winds and a tidal surge reported at up to 12 feet.

In three weeks in Florida, the Georgians led eight people to Christ, adding to the more than 50 people who had already made professions of faith during deployments in Georgia, Kentucky, Louisiana, and in Poland.

The Georgia Baptist Mission Board has about 750 fully trained, credentialed, active Disaster Relief volunteers ready to deploy anywhere disasters strike. That includes more than 100 who underwent training a month ago.

Disaster Relief crews offer their services free of charge to fulfill their mission of bringing hope, help and healing to the hurting. Ministering to physical needs by removing fallen trees from houses, shoveling mud out of homes, or providing meals is just part of what they do. They focus heavily on spiritual needs, as well.

That’s what happened when Disaster Relief volunteer Ronnie Register, a prolific soul-winner from First Baptist Church in Sparks, Ga., started a conversation with the crew that had shown up with the equipment needed to clean First Baptist Sarasota’s soiled carpet.

Register initially asked one if he was a Christian. He said he wasn’t.

“Do you want to be,” Register asked.

Then Register turned to another and asked him he was a Christian.

Register explained the gospel to them.

“They were both ready,” Register said. “They prayed the sinner’s prayer right there on the front pew. A lot of tears were shed. I thought it an amazing thing that those guys came to clean the carpet, and God cleaned their hearts.”