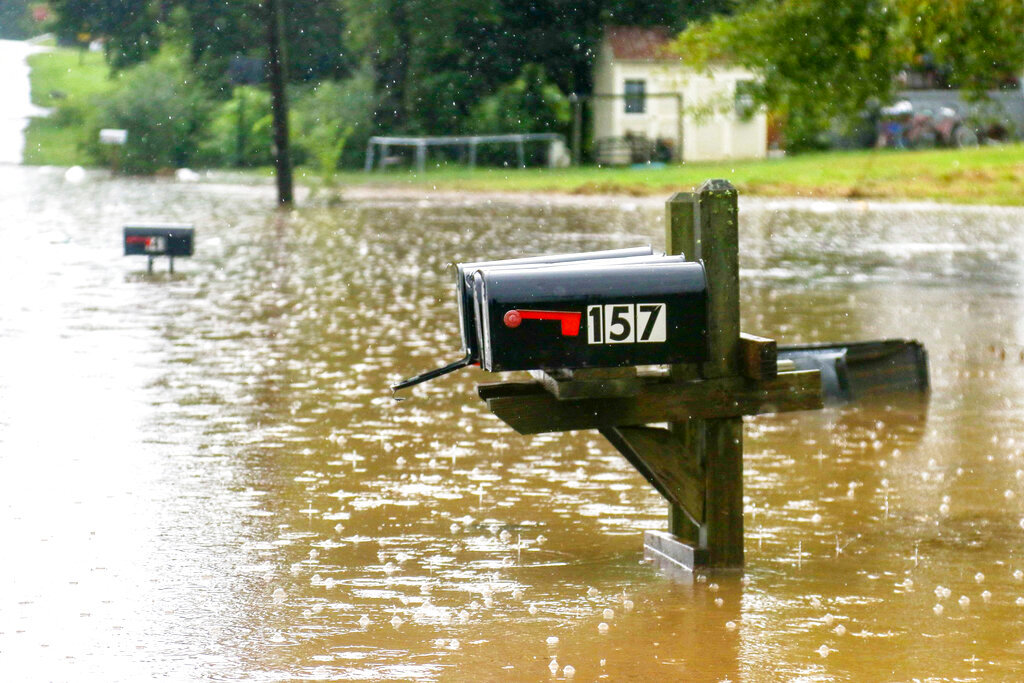 Bittings Avenue is seen partially underwater as many homes along the road were affected Sunday, Sept. 4, 2022, in Summerville, Ga. After heavy rainfall, a Flash Flood Warning was issued in Summerville Sunday. (Olivia Ross/Chattanooga Times Free Press via AP)
Olivia Ross 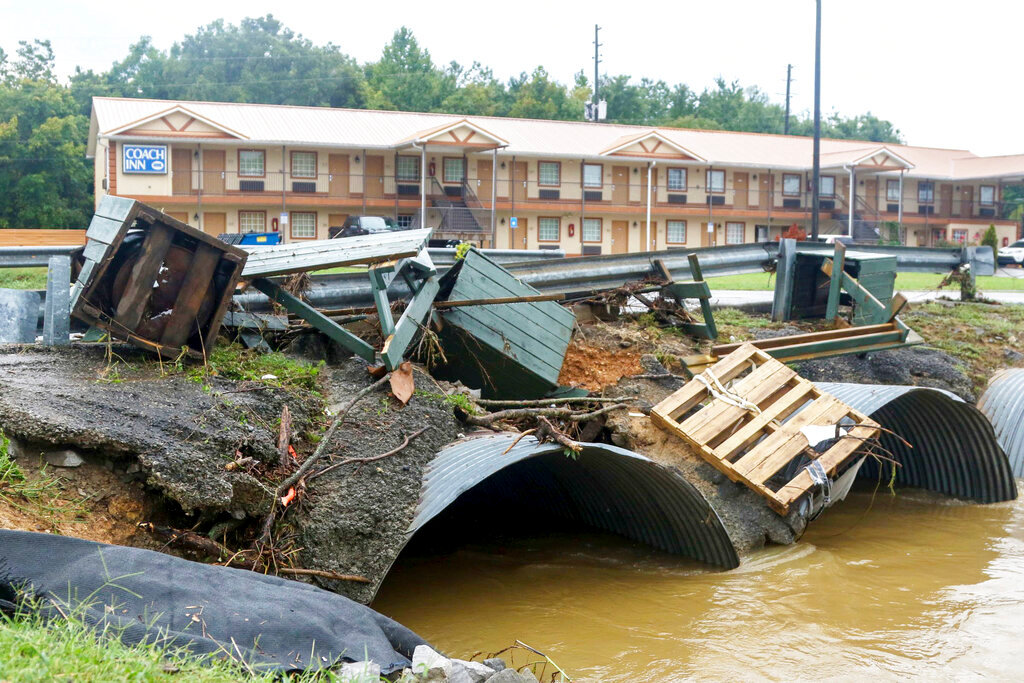 Slow moving thunderstorms dropped up up to 12 inches of rain in some areas, triggering flash flooding that damaged residential and public property.

The National Weather Service warned Sunday that the storms were creating "an extremely dangerous and life-threatening situation" and advised residents not to travel unless they were leaving areas prone to flooding or under evacuation orders.

Forecasters declared a “flash flood emergency” for Summerville and Lyerly and outlying communities for much of the day Sunday.

Summerville's utility service issued a boil-water advisory for residents because floodwater had gotten into the water system at a loal filtration plant.

“Water should be boiled for at least one minute after reaching a rolling boil," the advisory said. "Citizens should continue to boil their water until they are notified by their drinking water utility that the water system has been restored to full operation, and that the microbiological quality of the water in the distribution system is safe for human consumption."

Georgia  Baptist Disaster Relief Director Dwain Carter said  early Sunday that he had already offered the services of  his volunteers, many of whom had only recently returned from helping with cleanup after widespread flooding in Kentucky.

Preacher's wife: 'A young girl, all alone, surrendered herself to the will of the Almighty'