Georgia Baptists urged to stick with the Bible amid political, cultural conflicts 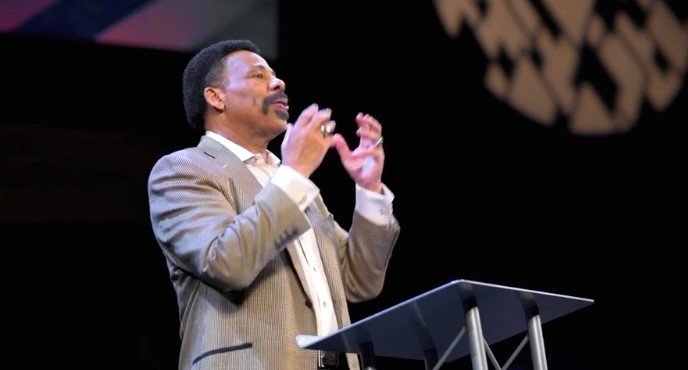 DULUTH, Ga. – Too often, God’s people are taking sides in political and cultural divisions, weakening their ability to lead people to the kingdom of heaven, a pastor and nationally syndicated preacher told some 2,000 Georgia Baptists who gathered Thursday for an online discipleship conference.

Using a football analogy, Tony Evans, pastor of Oak Cliff Bible Fellowship in Dallas, Texas, said referees know they may be booed or cheered depending on the circumstances, but they understand they must stick to the rulebook, even when it’s not popular.

Evans, whose sermons are broadcast daily on radio and TV across the country, was the keynote speaker at the premiere of the Georgia Baptist Mission Board’s SPARK discipleship conference. The conference is one of the Mission Board’s most popular events, drawing participants from 45 states and 15 countries.

In his keynote address, Evans said Christians should be more like referees than the players fighting it out on the field.

Evans stressed that referees can’t favor either team in conflict, but simply follow the rulebook that has been handed to them by the NFL.