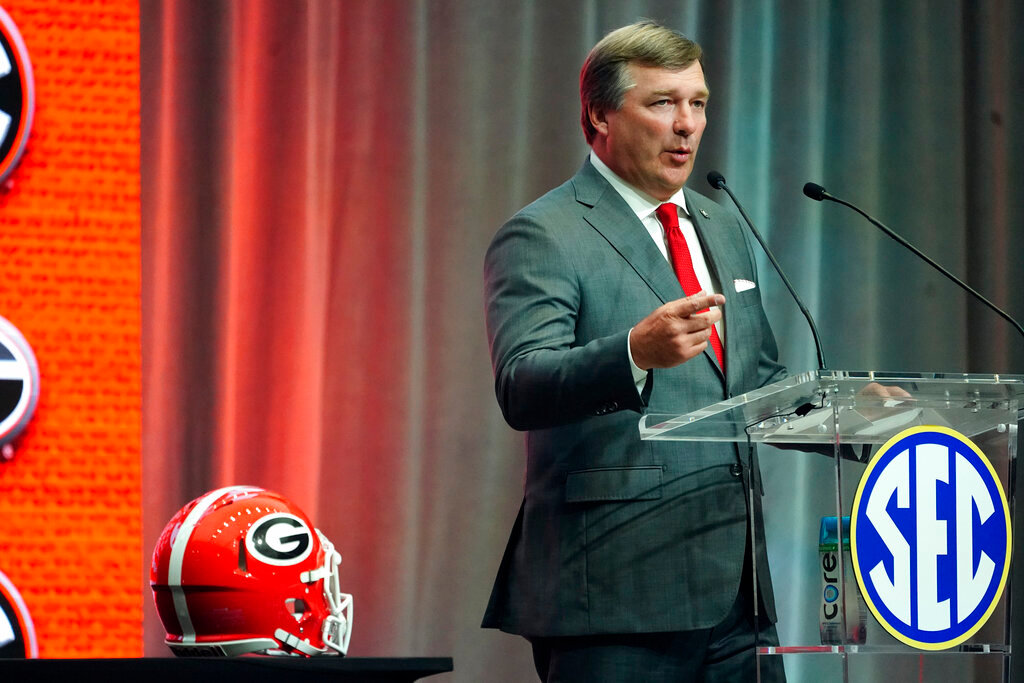 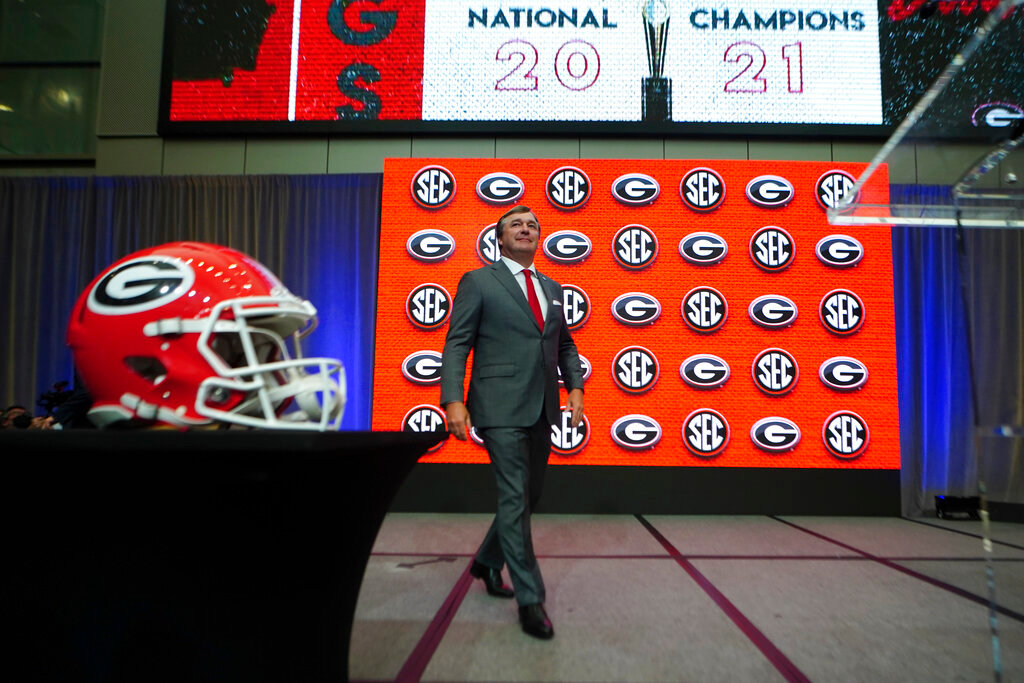 ATHENS, Ga. (AP) — The Georgia Bulldogs aren’t resting on their laurels — or their locks — as they begin their defense of college football’s national championship.

Quarterback Stetson Bennett and several of his teammates chopped off a significant chunk of hair before the start of preseason practice Thursday.

Some clandestine shots of Bennett’s sweet fade generated plenty of buzz on social media — and seemingly signaled a team that is hungry for another title.

“That goes back to that lock in, lock out,” coach Kirby Smart said. “Lock into camp, lock out all the noise and all the social media things, and get really focused on being the best version of yourself. And there were several guys that, I guess, decided to do that through their hair.”

Georgia is coming off its first national championship since 1980, culminating with a decisive takedown of the dynasty everyone has been chasing for more than a decade, Southeastern Conference rival Alabama.

But if anyone expects the Bulldogs to back off the throttle, think again. Smart landed another haul of top recruits and keeps preaching that his players will be the hunters, not the hunted, in their pursuit of a repeat title.

“We don’t have a reason to be complacent,” said Smart, who was recently rewarded with a 10-year contract extension worth more than $110 million. "I’ve been on national championship teams that won it all that I was concerned about complacency because there were a lot of players back. We don’t really have that problem.”

Indeed, the Bulldogs have some huge holes to fill after a record 15 players were selected in the NFL draft, the most from one school since it became a seven-round event nearly three decades ago.

Five of those players went in the first round — all of them from Georgia's fearsome defense. End Travon Walker was the top overall pick by the Jacksonville Jaguars, and teammates Jordan Davis, Quay Walker, Devonta Wyatt, and Lewis Cine also had their names called in the first 32 selections.

The way Smart sees it, he's got plenty of guys who are eager to make their mark after watching others hold down a starring role.

That is especially true along a defensive line that was anchored in the middle by the mammoth Davis, flanked by Wyatt and Travon Walker.

Jalen Carter returns to lead a new-look line that will have the seemingly impossible task of replacing three first-rounders.

Bring it on, said nose tackle Zion Logue, one of those who will be expected to carry a much bigger load. Even with all the losses, there is still plenty of talent on the defensive side.

The Bulldogs open the season on Sept. 3 with a most intriguing match-up against Oregon, now coached by former Georgia defensive coordinator Dan Lanning.

Smart passed on the chance to look ahead.

“The last thing I’m worried about is Dan Lanning,” Smart said. “We've got a million battles to face before that. I’m not even thinking about Oregon. Our concern is our roster.”

The Georgia offense also has some big holes to fill, but experience is certainly not a concern at quarterback. To the surprise of many, Bennett passed on the chance to close out his college career with a national championship. He's back for his sixth college season, eager to add to an already improbable journey from walk-on to title-winning QB.

“The leadership that he brings to the table, being here for a bunch of years, and the experience,” offensive tackle Warren McClendon said. “He's taken a lot of reps. He’s seen a lot of stuff. He helps us get in the right stuff and where we need to be.”

The Bulldogs are counting on Bennett to play like a veteran.

Even with that fresh new 'do.