Georgia church bursting at the seams as revival spreads 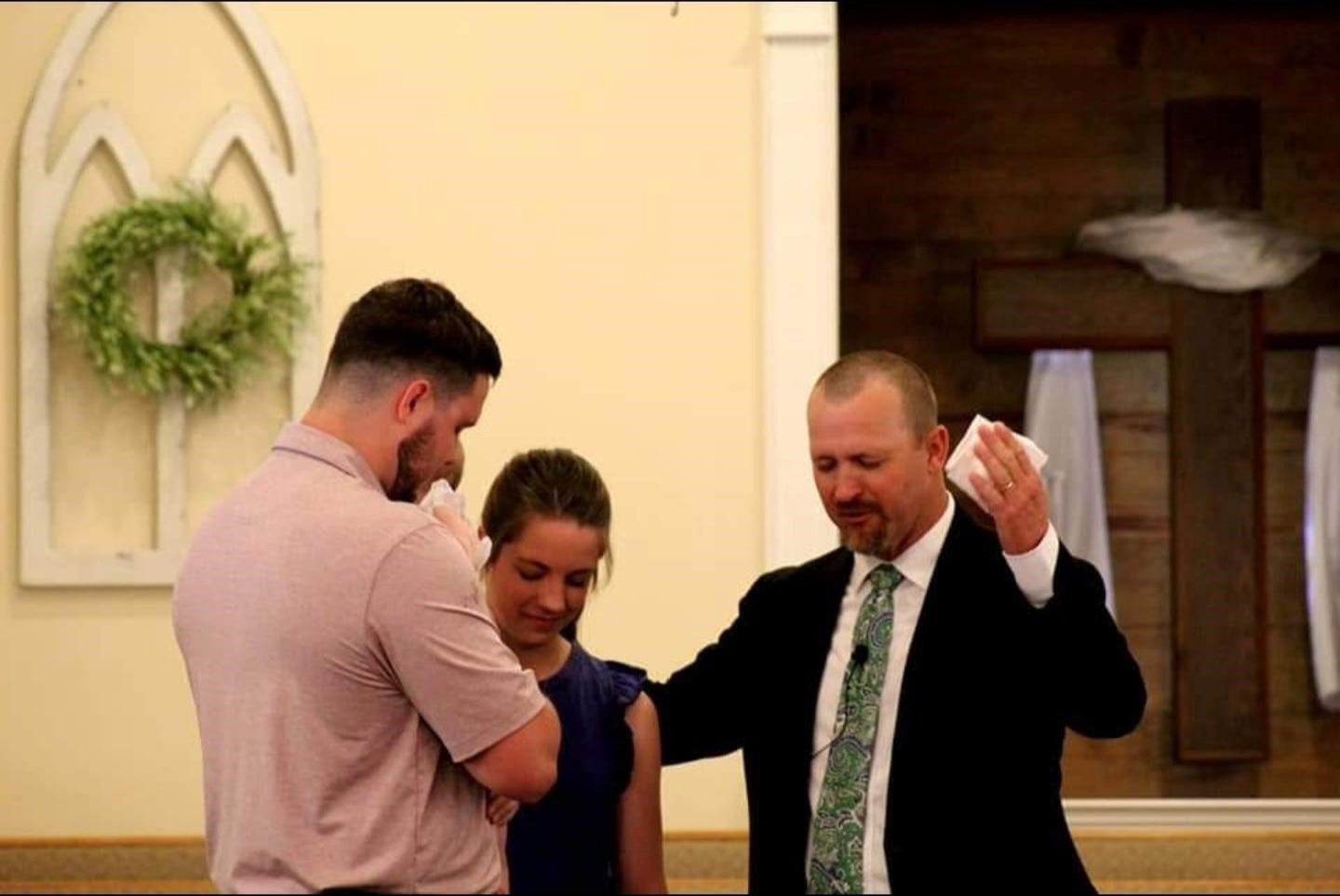 Pastor Kevin Geter, right, prays with new parents during a baby dedication at Ephesus Baptist Church in Ephesus, Ga. The congregation is growing in every way, including, in this case, with a new birth. 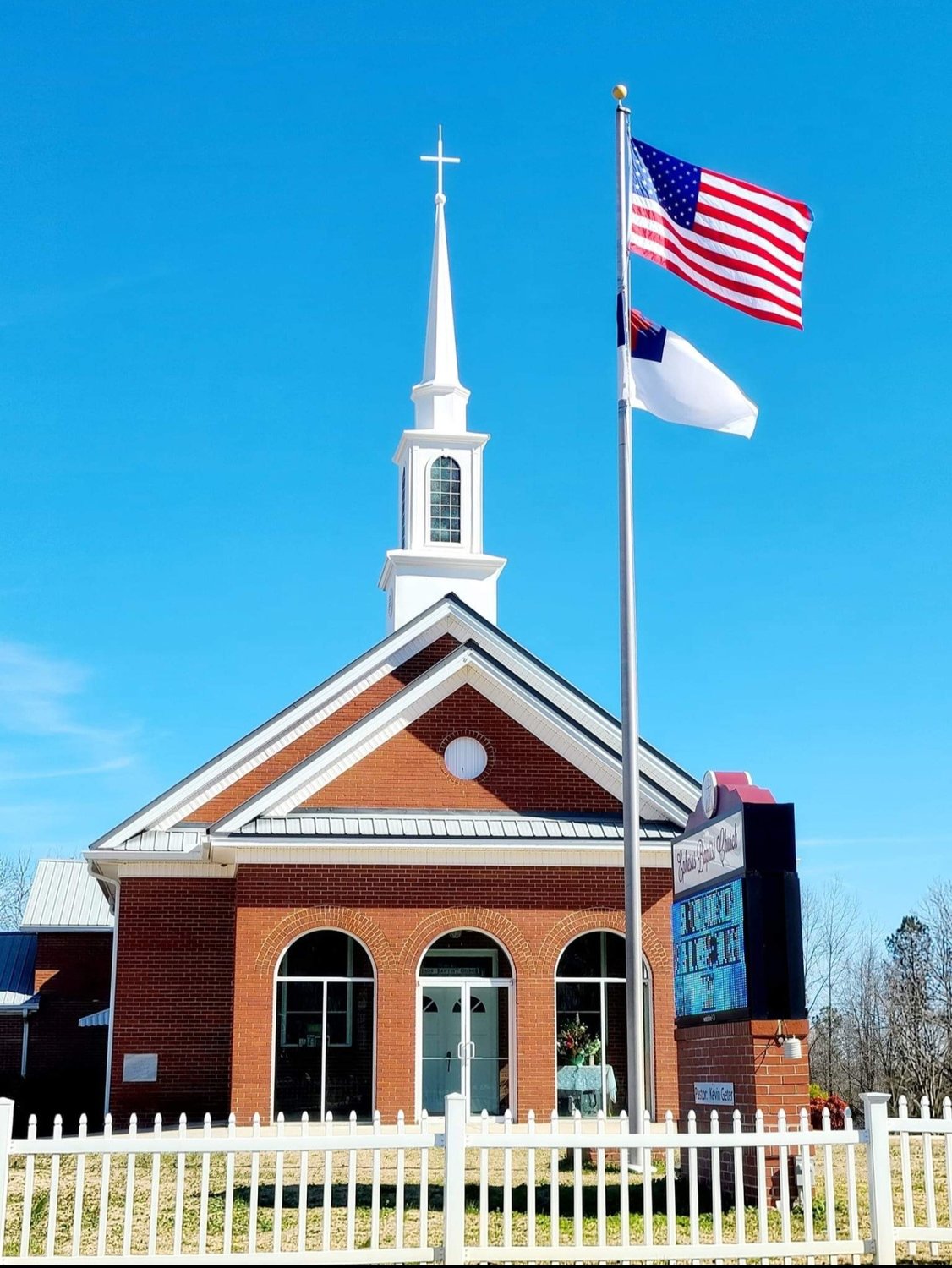 The sanctuary at Ephesus Baptist Church is standing room only in Sunday services. 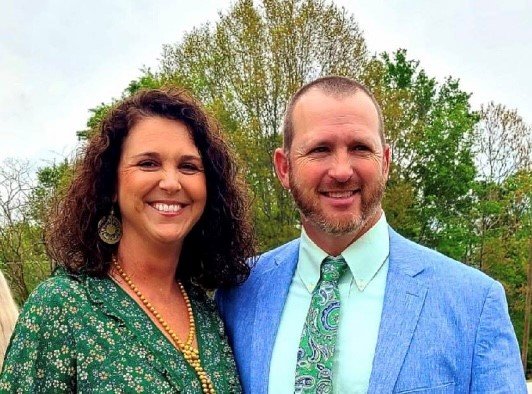 Pastor Kevin Geter poses with his wife, Nicole. The two give God all the credit for growth at Ephesus Baptist Church. 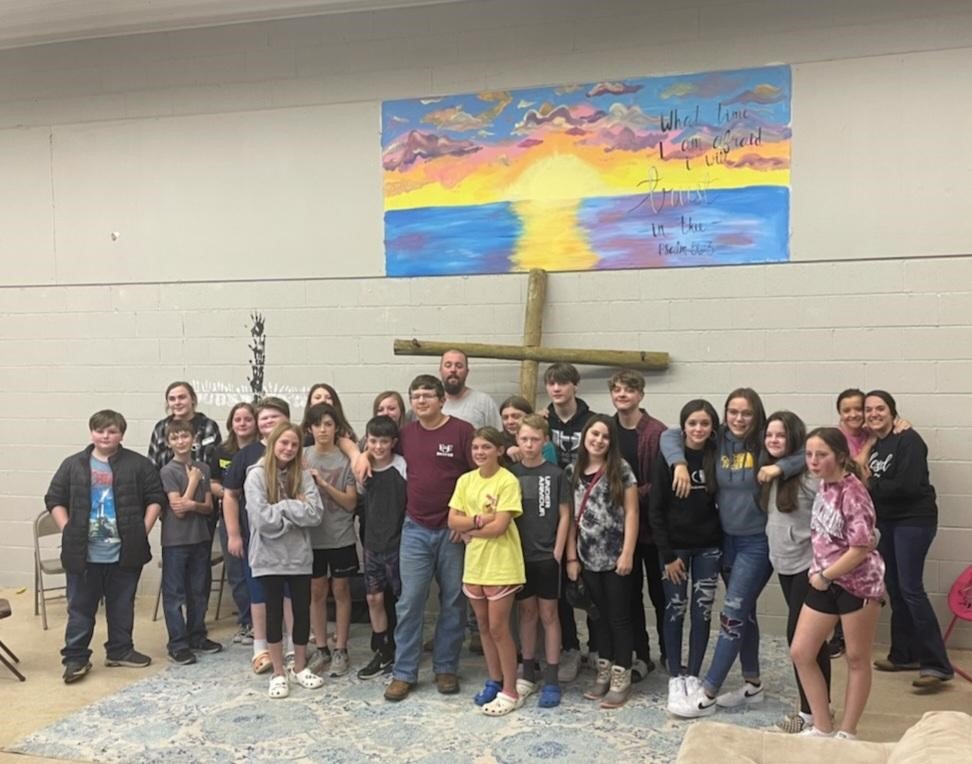 A group of teens who have become new believers pose for a photo with youth workers at Ephesus Baptist Church.
Previous Next
Posted Sunday, May 8, 2022 9:32 am
By ROGER ALFORD, The Christian Index

EPHESUS, Ga. – As a post-COVID revival continues to spread across the state, a church in west Georgia has been making space for a flood of new worshippers by putting extra chairs in the aisles and creating a separate area for overflow seating.

“What we’re seeing is a supernatural move of God,” said Kevin Geter, pastor of Ephesus Baptist Church. “Every time we think God has done something He can’t top, He always seems to come back and top it.”

Ephesus Baptist church, which squeezes about 200 people into a sanctuary built for 175, was recognized by the Georgia Baptist Mission Board as one of the state’s Top 20 churches in baptisms last year. And it’s now on pace to potentially exceed last year’s total.

Like other Georgia churches, Ephesus has seen mass numbers of people surrendering their lives to Christ this year, including 21 students who made professions of faith in a single Wednesday night youth service three weeks ago.

“What we’ve been experiencing really began last June at youth camp,” Geter said. “We had 12 youth saved. We’ve been adding people on a regular basis ever since. Last Sunday, we had 11 people join our church. It’s not the preacher. It’s not a program. It’s not a singing group. It’s just God moving. It’s really unexplainable how God is moving. It has been a sight to behold.”

Geter said what’s even more exciting is that it’s not just one church experiencing revival.

“Sister churches are experiencing some of the same things,” he said. “God has moved in our churches. I’ve seen a hunger for God in the last year that’s greater than I’ve seen in a long time.”

Anecdotal reports from across the state have denominational leaders hopeful that they could be seeing the beginning a spiritual awakening.

More than 40 people made professions of faith in the small Georgia town of Millen in April a joint revival held in the town’s Pal Theater.

The Millen revival came the same week as one at Pineland Baptist Church in Thomasville where 19 people made salvation decisions.

Before that Mount Vernon, it was college students, 20 of them, who made salvation decisions in a chapel service at Brewton-Parker College.

In late March, 102 Columbus residents claimed Christ in an one-day evangelistic outreach in one of Georgia’s toughest neighborhoods, one that had become known as Little Chicago because of its high crime rate.

Three weeks ago, more than 1,100 people turned out for a Roopville Road Baptist Church initiative in Carrollton that included a low-country boil, a get-together that centers around a delicious meal of boiled shrimp and other seafoods with sausage, corn, potatoes and other ingredients all combined in the same pot. Pastor Stephen Peeples said seven people made professions of faith at that event.

And in Sylvester, Ga., more than 100 people made professions of faith during an evangelistic outreach sponsored by a group of area churches.

In northeast Georgia, 17 salvation decisions were reported in March at two Christian learning centers where public school students go for Bible studies. Mike Blount, mission strategist in the Tugalo Baptist Association, said those professions of faith were among 30 made since August in the learning centers.

At Shorter University, 24 students made decisions for Christ during a chapel service in late February.

In Moultrie, Kingwood Baptist Church Pastor Matt Greene reported 30 salvation decisions during a four-day revival in early February. That’s in a church with average Sunday attendance of about 80 people.

“It just seems like God has permeated the walls of the church building,” he said.

Geter said he thinks the COVID-19 pandemic may have opened people’s eyes to spiritual truth.

“I believe without a doubt COVID was a wakeup call for the church,” he said. “It forced us to branch out, to outside our comfort zone. We had to find new ways to reach the community. We used social media to branch out, and that served to spread our message far and wide.”

The revival at Ephesus has created a good problem for Geter’s congregation.

“We’re out of room,” he said. “We’re in need of a new building, We’re trusting God, trusting that He will provide that when He’s ready.”