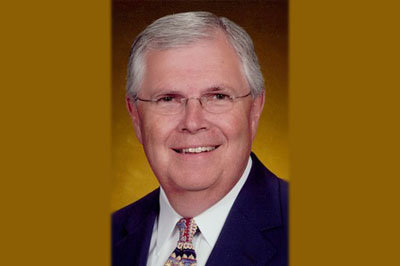 Wallet Hub based their decisions on data like: (1) the most violent crimes per capita, (2) the most thefts per capita, (3) the most excessive drinking, (4) the highest percentage of population with gambling disorders, and (5) the highest average time spent on adult entertainment sites. Wallet Hub explained that they reached their conclusions by comparing 180 U. S. cities (and all 50 states) across 37 key indicators of evil deeds.

Note what was reported on the Wallet Hub website, “Las Vegas isn’t the only “Sin City” in America. In other cities, bad things happen and stay there, too. From beer-loving Milwaukee to hedonistic New Orleans, the U. S. is filled with people behaving illicitly. No place is innocent. We all have demons.

“But at some point, we all have to pay for our vices. Gambling addiction, for instance, leads to $100 billion in losses for U. S. consumers every year. In 2007, identity theft and fraud took a toll of $16 billion. And every year, smoking burns a $300 billion hole in Uncle Sam’s wallet.”

Sadly, Georgia was painted as one of the darkest corners of America. Augusta and Columbus were also included in the list of most sinful cities in the land.

We talk about pushing back the darkness and when we read this list and find that Georgia is in the top five most sinful cities in America, we realize that we have much work to do. We must reach out to the lost in redeeming love in order to save souls and in order to save our society.

Those of us who claim the name of Christ are called to be the saving salt for our society. Salt has several wonderful qualities. First, salt preserves and as such it was considered a valuable commodity in the ancient world. Since there was no refrigeration, salt became the means of preserving meat and vegetables from decaying. Salting food works because most bacteria, fungi, and other potentially pathogenic organisms cannot survive in a highly salty environment.

When as Christians we are living out our faith, standing for righteousness and boldly proclaiming the gospel we are able to arrest the corruption of a decaying society.

Secondly, salt cleanses. In II Kings 2:19-22 we read that Elisha refreshed and cleansed the polluted waters of Jericho by casting salt into the spring from which the waters flowed.

Today there are those in the field of medicine who contend that a beneficial mixture of real sea salt dissolved in water will push waste through the body, release toxins and improve digestion. So, salt has cleansing properties.

Thirdly, salt also seasons. I frequently put salt on my eggs or baked potato to add flavor and taste. Our Christian faith must not become insipid, bland, and lifeless for when it does it also becomes powerless to attract unbelievers.

David, the psalmist, said, “O, taste and see that the Lord is good: blessed is the man that trusteth in him.” A flavorful faith that has zest, flavor, and passion will attract a wandering, faltering society.

So, if we want to push back the darkness, we must become the saving salt that God intended us to be. We can arrest the corruption of a sinful city and state, but according to Jesus’ words on the Sermon on the Mount if we lose our savor, our testimony, our influence we are worthless in God’s economy and God has no other source of saltiness. In other words, there is no “plan B”. It’s up to us. We must be the salt and light God intended for us to be. I want to see our cities and state rise to the top of God’s list of the redeemed and revived.