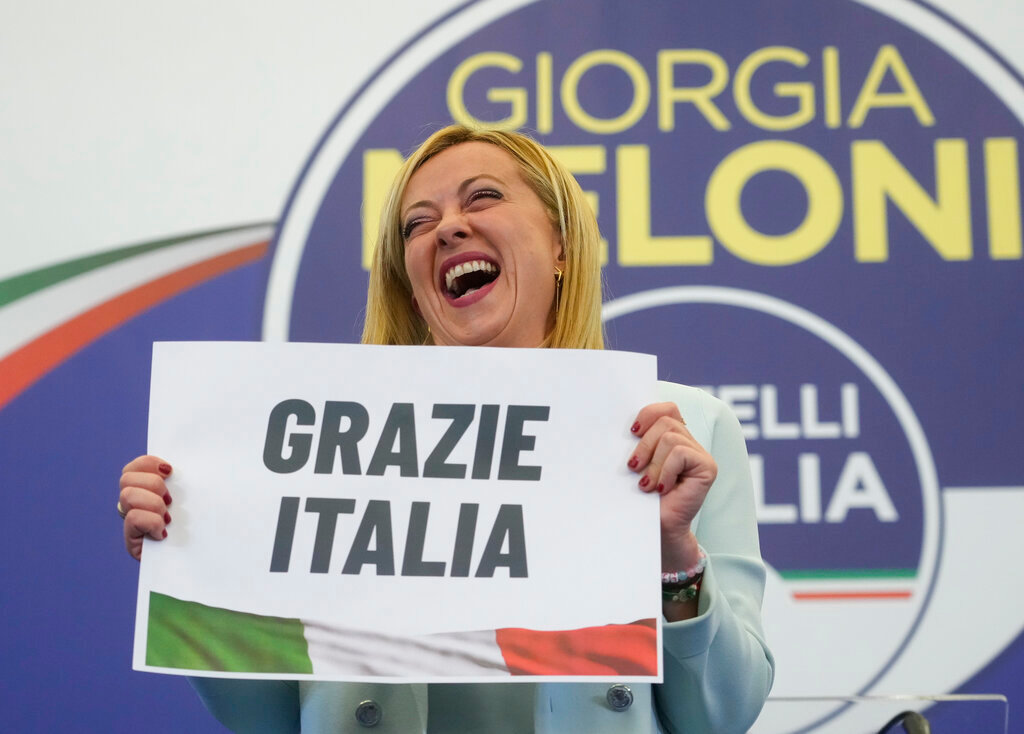 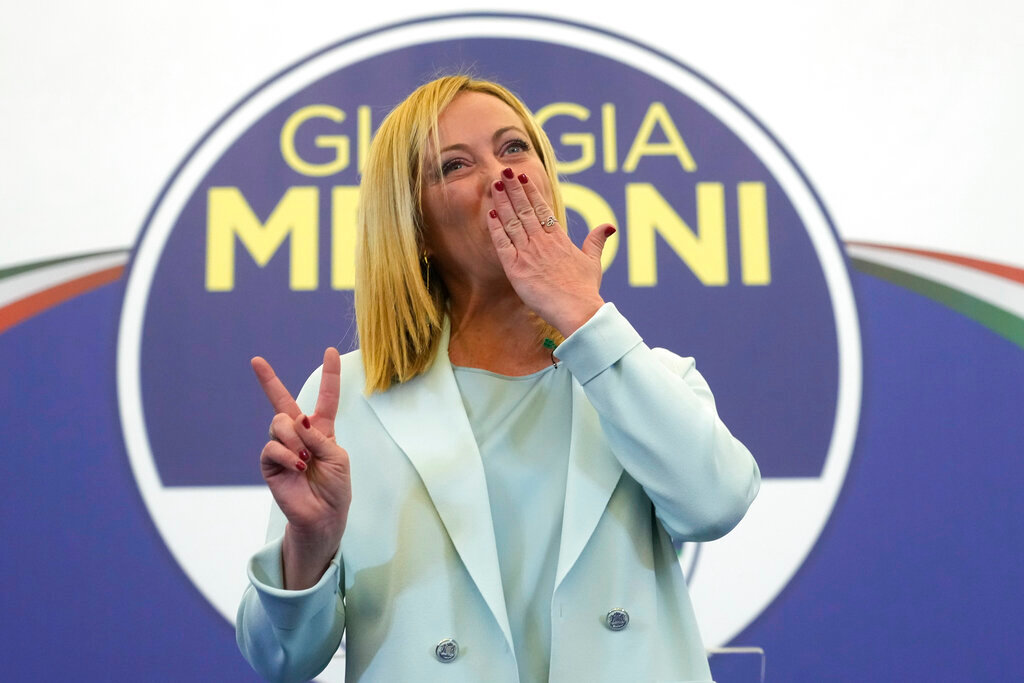 ROME (AP) — The Brothers of Italy party has won the most votes in Italy’s national election, setting the stage Monday for talks to create a government with Giorgia Meloni at the helm as Italy’s first woman premier.

Near-final results Monday showed the center-right coalition netting 44% of the parliamentary vote, with Meloni’s Brothers of Italy snatching 26% in its biggest win in a decade-long meteoric rise. Her coalition partners divided up the remainder, with the anti-immigrant League party led by Matteo Salvini winning 9% and the more moderate Forza Italia of ex-Premier Silvio Berlusconi taking around 8% of the vote.

The center-left Democratic Party and its allies had around 26% support, while the populist 5-Star Movement — which had been the biggest vote-getter in the 2018 parliamentary election — saw its share of the vote halved to 15% this time around.

Turnout was a historic low of 64%. Pollsters suggested voters stayed home in protest, disenchanted by the backroom deals that had created the last three governments and the mash-up of parties in Premier Mario Draghi's outgoing national unity government.

Meloni tried to sound a unifying tone in a victory speech early Monday, noting that Italians had finally been able to determine their leaders.

While the center-right was the clear winner, the formation of a government is still weeks away and will involve consultations among party leaders and with President Sergio Mattarella. In the meantime, Draghi remains in a caretaker role.

The elections, which took place six months early after Draghi’s government collapsed, came at a crucial time for Europe as it faces Russia’s war in Ukraine and the related soaring energy costs that have hit ordinary Italians as well as industry.

A Meloni-led government is largely expected to follow Italy’s current foreign policy, including her pro-NATO stance and strong support for supplying Ukraine with weapons to defend itself against Russia’s invasion, even as her coalition allies take a different tone.

Meloni is chair of the right-wing European Conservative and Reformist group in the European Parliament, which gathers her Brothers of Italy, Poland’s nationalist Law and Justice Party, Spain’s far-right Vox and the right-wing Sweden Democrats, which just won big there on a platform of cracking down on crime and limiting immigration.