Georgia No. 1 in AP poll for second time, with Alabama No. 2 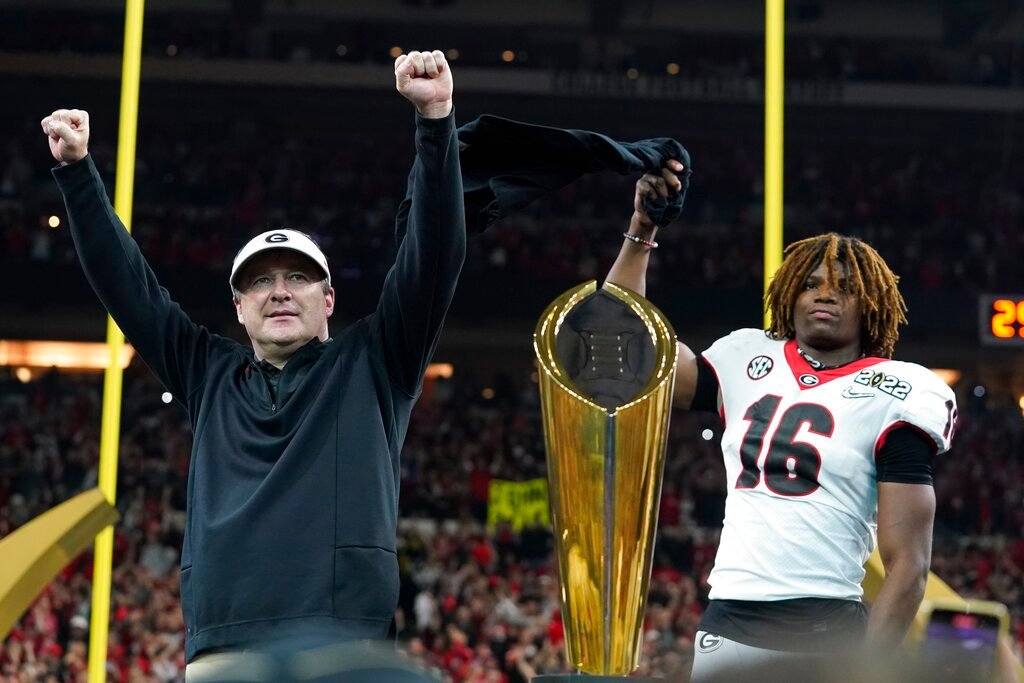 INDIANAPOLIS (AP) — Georgia is No. 1 in The Associated Press college football poll, earning their second national title by beating Alabama on Monday night.

The Bulldogs received all 61 first-place votes to be a unanimous No. 1 for the ninth time this season. Georgia's only other time finishing No. 1 was 1980.

The Tide finished No. 2, giving the Southeastern Conference the top two teams in the rankings for the third time since 2011.

Michigan was No. 3, the Wolverines best final ranking since winning the national championship in 1997 and their first top-10 finish since 2006.

No. 4 Cincinnati, which became the first team from outside the Power Five conferences to reach the playoff, finished with its best final ranking.

Utah was No. 12, BYU was 19th and Utah State was No. 24, marking the first time the Beehive State has had all three of its major college football teams finish the season ranked.

Follow Ralph D. Russo at https://twitter.com/ralphDrussoAP and listen at http://www.appodcasts.com