Georgia should protest slant to the left in AP courses 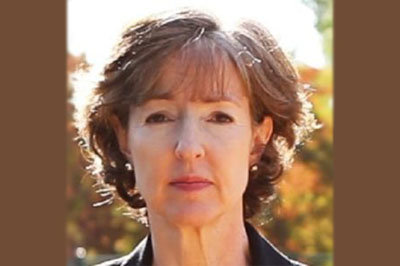 EDITOR'S NOTE: Jane Robbins of Atlanta is an attorney and senior fellow at the American Principles Project, a conservative think tank. In this column, she criticizes the College Board for slanting AP course content to the political left.

Robbins discusses the work of a House study committee on civics education that produced a recommendation that may startle some parents: Georgia should consider discontinuing participation in AP courses “that substitute curricula set by independent organizations for the curricula approved by the department through its ordinary public process.”

The following commentary first appeared in the Atlanta Journal-Constitution's Opinion section. It is being reprinted with permission.

When last year’s General Assembly established a House Study Committee on Civics Education, chaired by state Rep. Chris Coomer, R-Cassville, observers wondered what substantive recommendations the resulting committee report would include. Good news – the recently released report confronts a problem facing this state and in fact all states: that the public is in danger of being marginalized if not excluded from developing civics curricula in the public schools.

The committee’s first recommendation urges the Georgia Department of Education to “ensure the widest reasonable dissemination of invitations to the public to participate in curriculum development,” at a minimum notifying each member of the General Assembly when public participation is invited. The more parents and, for example, Georgia military veterans are included in the development process, the less likely it is to be overtaken by the kind of radical revisionists who have seized control in other states.

But the real kicker appears in Recommendation 2: “The General Assembly should consider discontinuing participation in Advanced Placement programs that substitute curricula set by independent organizations for the curricula approved by the department through its ordinary public process. Abdicating control of curriculum selection to unaccountable private or semi-private entities is offensive to the sense of citizen-controlled curriculum selection that has been a hallmark of Georgia education policy.”

Defenders of local control in education have been warning for years that the College Board is using its AP programs to establish national curricula that may or may not align with state standards. The College Board (a private, unaccountable organization run by Common Core architect David Coleman) employs its semi-official status and millions of dollars from the federal government to push its way into American high schools and enroll more and more students in its courses.

Over the last few years, the College Board has been aggressively moving many of its curriculum frameworks to the political left. The first example was the revision of the AP U.S. History (APUSH) framework away from one that incorporated locally approved content to one that imposed a detailed, rigid, leftist to the point of anti-American curriculum. At a hearing before the Georgia Senate Education and Youth Committee, national scholars such as Stanley Kurtz illuminated the troubling content of the revised APUSH framework, while a College Board official defended the group’s work on the one hand and promised to fix it on the other.

The APUSH controversy led to the College Board’s highly publicized rewrite of the rewrite, ostensibly to create a more balanced curriculum that didn’t treat American history as an uninterrupted tale of oppression and misery. Traditionalist academics noted significant remaining problems with the framework, but the furor died down.

History repeated itself with the revised AP European History framework. The College Board produced a curriculum that, among other sins, ignored Soviet crimes, marginalized the influence of religion in Europe, and managed to avoid even mentioning Winston Churchill. Once again the College Board beat a strategic retreat, revising its new framework to resolve some – but by no means all – of the problems.

So this is the College Board’s pattern: Issue a slanted new framework, wait to see if there’s pushback, and if so, make a few changes that affect the framework itself but not the already-published new textbooks and the already completed teacher training. A curricular coup pulled off with minimal effort.

This is the problem identified by the Georgia House Study Committee. At the committee’s public hearings, intrepid Gwinnett activist Ken Craft exposed the more egregious AP content and warned that the state DOE rubber-stamps whatever curriculum is sent down from New York rather than analyzing it to ensure alignment with Georgia social studies standards. Questioned by Chairman Coomer, a GaDOE official admitted that this is true.

Thus the committee’s recommendation that General Assembly consider discontinuing programs, such as AP, that replace state standards with outside curricula. While withdrawing Georgia from AP programs could be politically perilous (early college credits are extremely popular), the recommendation will invigorate efforts to create academic alternatives to AP.

Why should the College Board have an effective monopoly on these programs? Why can’t states be offered competing products, which could then be compared to AP to see which curricula more closely align to state standards?

Until now, it was considered practically heretical to question whether the all-powerful College Board should have to give any deference to Georgia standards when educating our best and brightest. But the study committee has taken the first step – and students not only in this state but across the nation may be the beneficiaries.