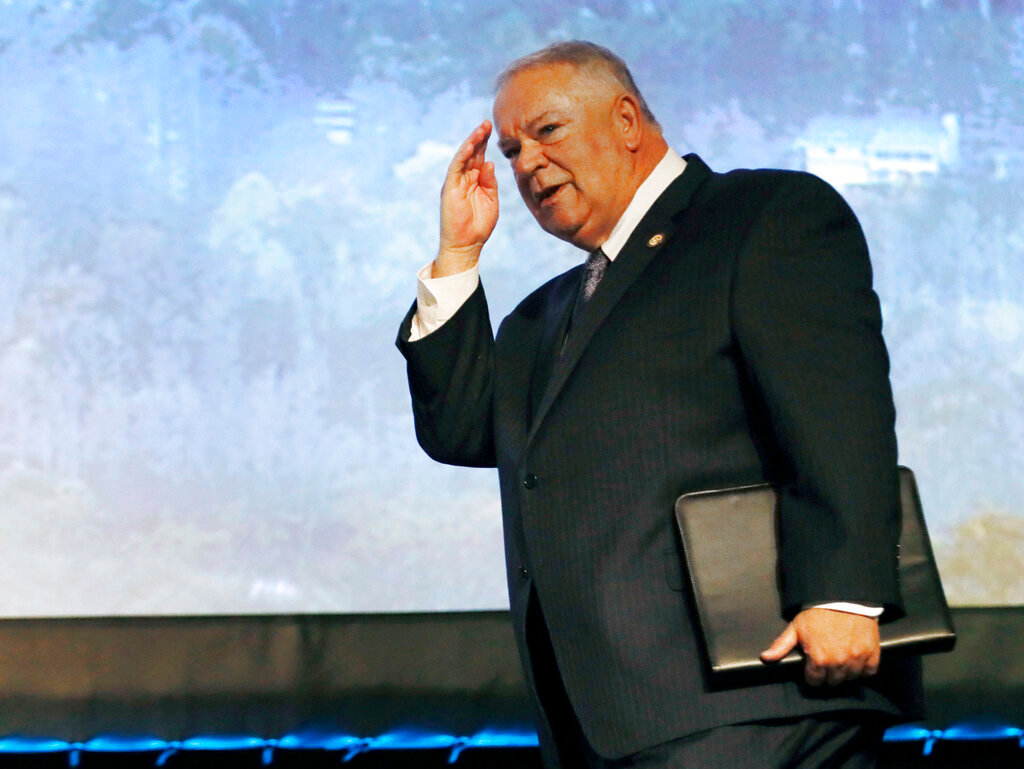 Georgia House Speaker David Ralston salutes the chamber as he takes the stage on Jan. 10, 2021, in Atlanta. House Speaker Ralston died Wednesday, Nov. 16, 2022, at 68, spokesperson Kaleb McMichen said, less than two weeks after he announced he was stepping down because of health concerns. (Bob Andres/Atlanta Journal-Constitution via AP, File) 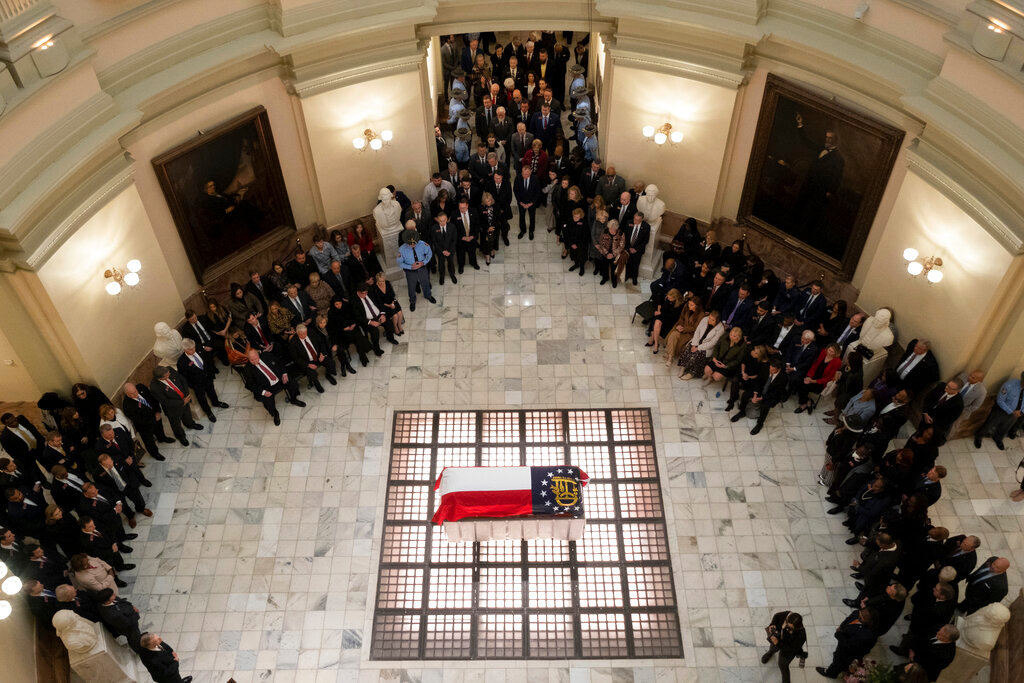 BLUE RIDGE, Ga. (AP) — Georgia House Speaker David Ralston was remembered Sunday as not only a powerful politician, but someone whose care for others transcended partisan and other boundaries, as hundreds gathered in the Republican's hometown of Blue Ridge to remember him after he died on Nov. 16 at age 68.

“David Ralston wanted to connect with people at the heart," said Republican Rep. Randy Nix of LaGrange, one of four speakers to eulogize Ralston. "Politics were important but people were more important. If you were hurting, the R or the D by your name didn’t really matter.”

Current Gov. Brian Kemp and former governors Sonny Perdue and Nathan Deal were in the crowd at the Fannin County High School Performing Arts Center, along with Ralston's wife and children, other statewide officials, lawmakers, legislative employees and lobbyists. Ralston's casket was draped in a Georgia state flag and removed from the stage by an honor guard of state troopers.

Rep. Mack Jackson, a Sandersville Democrat, remembered how Ralston promised to visit the church Jackson pastors in tiny Tennille, in eastern Georgia. Jackson said he was surprised to arrive at church one Sunday to find two state trooper cars in the parking lot and Ralston standing in the foyer.

“I said, ‘Why, Mr. Speaker? Why did you come to see me?’ And he said these words. He said, ‘Because you are my friend.’ And those words resonated in my heart," Jackson said, adding that Ralston had little reason to spend so much time on a Democrat who wasn't even a leader of the minority party.

Jackson's remarks highlighted one of Ralston's most noted qualities: a respectful relationship with Democrats. Ralston shepherded a wide range of Republican priorities and was always ready to cut taxes, boasting of a state income tax cut passed this year that could ultimately total $2 billion. But he also sidelined or tempered some right-wing priorities.

Ralston was buried Sunday after the funeral in a private ceremony in nearby Ellijay, where he grew up the son of the Gilmer County court clerk. Ralston moved to Blue Ridge after graduating from law school at the University of Georgia.

First elected to the Georgia Senate in 1992 when Democrats were in the majority, Ralston served six years. He lost a race for attorney general to Democrat Thurbert Baker in 1998 before being elected to the House in 2002.

Ralston's fellow Republicans chose him to lead the 180-member House in early 2010. He became Georgia state government’s second most powerful leader during his 13 years and he was longest-serving House speaker in any American state at the time of his death.

Deal remembered Ralston as “a leader and a reliable friend," praising him as someone who listened, studied problems before acting, and could reach compromises “so that problems could be solved, not just talked about.”

Nix, like Jackson, an ordained minister, extolled Ralston's Christian faith. He also urged attendees to look forward, though, saying that's what Ralston would have wanted.

“This is a challenge, an opportunity for new leadership to stand tall, to complete the drill," Nix said. "It’s not so much who will fill the shoes, it’s who will complete the journey.”