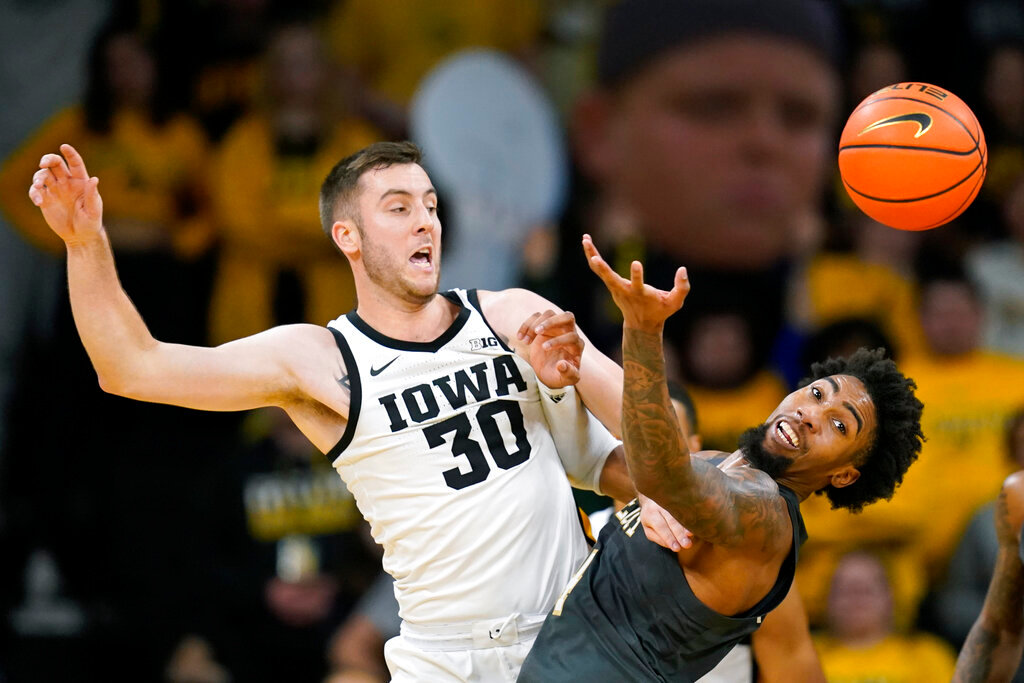 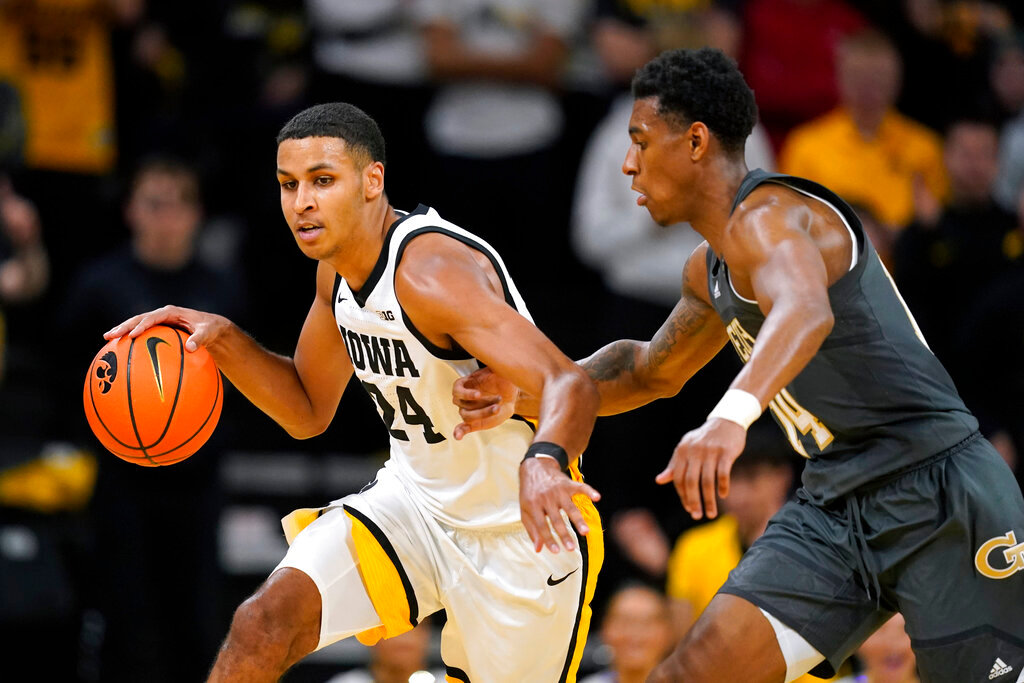 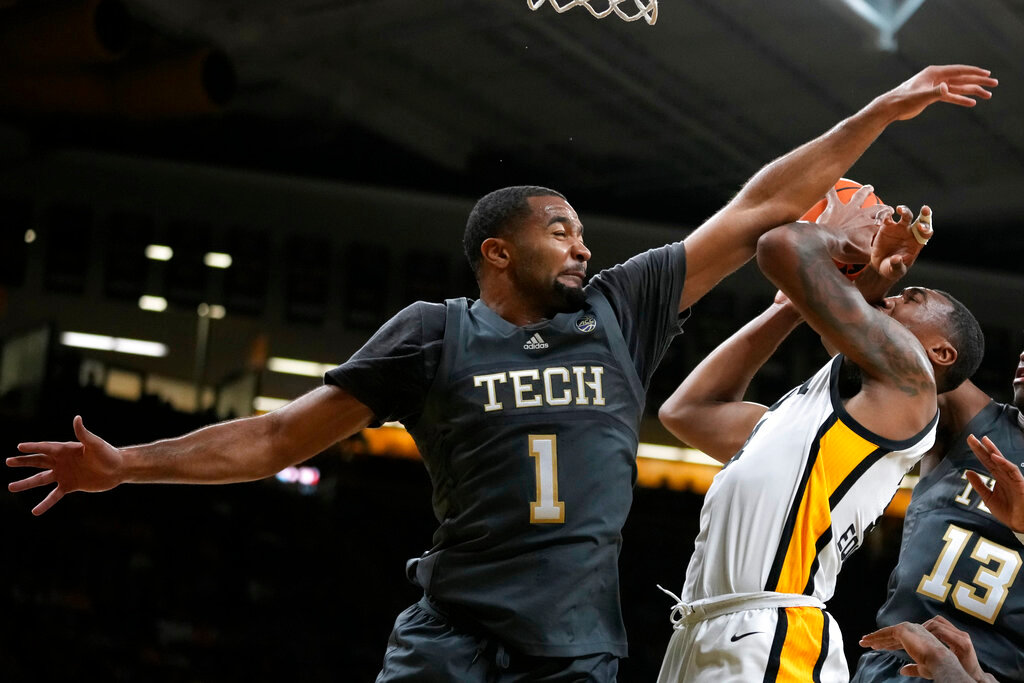 Iowa guard Tony Perkins is fouled by Georgia Tech guard Kyle Sturdivant (1) while driving to the basket during the second half Tuesday, Nov. 29, 2022, in Iowa City, Iowa. (AP Photo/Charlie Neibergall)
Previous Next
Posted Wednesday, November 30, 2022 8:46 am

Murray was 11-of-18 shooting, including 4 of 8 on 3-point attempts. Filip Rebraca added 13 points and seven rebounds. Tony Perkins scored 11 points and Connor McCaffery had 10 points and 10 rebounds, his first double-double for the Hawkeyes (6-1), who fell out of The Associated Press Top 25 rankings this week after a loss to TCU on Saturday.

While the Hawkeyes didn't have a large shooting percentage advantage, they held a 27-15 edge on second-chance points. The Hawkeyes went to the line 31 times, making only 18, but the Yellow Jackets had just 10 free throws, sinking eight.

Miles Kelly made 4 of 8 3-point attempts and led the Yellow Jackets (4-3) with a career-high 21 points. Dallan Coleman added 12 points, and Deivon Smith and Jalon Moore 10 points and eight rebounds each.

Georgia Tech scored the first seven points of the second half to cut a deficit to four and the Yellow Jackets stayed within single digits until the Hawkeyes used a 9-0 run to go back up by 16 midway through the half. Georgia Tech got within 10 after that but 3-pointers by Murray and McCaffery in the final 3 1/2 minutes helped maintain the Hawkeyes' cushion.

Murray already had 15 points and 14 rebounds when Iowa went into halftime leading 40-29.