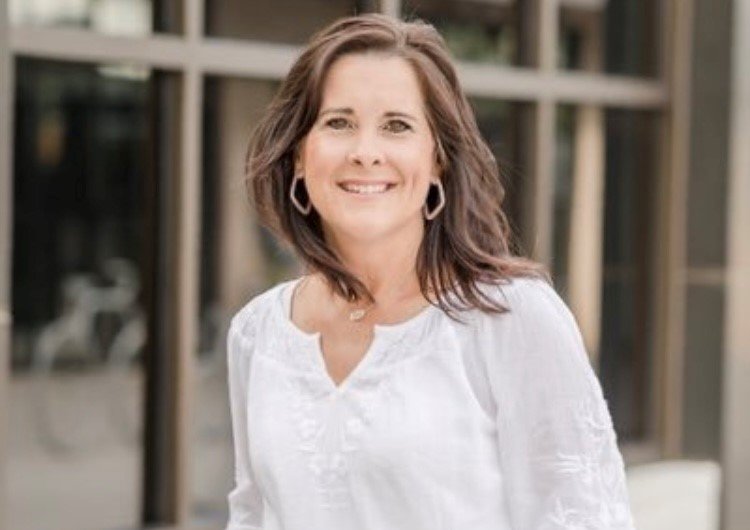 “I made an appointment and said, ‘How can we help?’” Ezell told Baptist Press in a phone interview, recalling the moment she sat down across the desk from a social worker.

“I decided before I went in there that whatever she said, we were going to do,” Ezell said. “She leaned forward, and she said, ‘You know that God and Jesus and all that that you all talk about at your church? The only time our children hear the name of God is when someone’s swearing at them.’”

That forthright statement from an overworked social worker went right along with the lessons Ezell had learned in her journey as an adoptive mother – many times physical needs must come before spiritual ones.

When Ezell and her husband, Kevin, then a pastor, now president of the North American Mission Board, first adopted, they could have been better prepared.

“I’ve had to learn along the way,” she said. “I think our adoption agency at that time handed me one book that was super old. I read it but it didn’t really hit home to me. I wasn’t prepared at all.”

She now rattles off the latest statistics and research in child development like an expert.

“I started educating myself, started digging,” she said. “And nose-in-the-carpet praying. I’d pray beside my children’s bed at night. ‘Lord we’re struggling here.’ The Lord was so kind to teach us early that no matter the behavior – look beyond it. The behavior is just a symptom of what’s going on in a child’s life. Allow no behavior to sabotage a relationship.”

The Ezells had three biological children and then adopted three children internationally – children Lynette calls “special gifts” that “God grafted into our lives.” The children were different ages upon their adoptions, but even babies can have internalized trauma.

“Trauma can happen in utero,” Ezell said. “The brain doesn’t develop properly if there’s substance abuse or abuse. … That little infant in the womb is waiting to put a face to that voice they’ve been hearing the whole time. That’s a disruption in a relationship. That’s how God wired us – to attach to our birthing parent, and when that doesn’t happen it is traumatic.”

Developmentally, children who have endured trauma may be years behind their chronological age. And pushing them to learn and behave the way they “should” for their age is “setting them up to fail,” Ezell said. Churches should keep this in mind when placing children who’ve suffered trauma in Sunday School classes or other age-specific activities. Many children haven’t had an early attachment to a safe caregiver to help the brain heal.

“The brain heals,” she said. “The brain can rewire. It does that through healthy relationships.”

And no matter the starting place, the goal is reachable, she said. It may just take longer to get there. For adoptive families, the key is consistency and longevity.

“You have to realize that adoption is missional, but it’s also very hands-on. It takes the attention of the entire family,” Ezell said, adding that those considering adoption should keep the right perspective.

“I want the Church to realize: We are not getting a child for our family. We are giving our family for a child. We’re saying, ‘No matter what it looks like. No matter what you go through … It may take you 20 years, but we’re here. And we’re not going anywhere. … [God has] moved the world to make us a family.’”

The Ezells’ journey with adoption opened up a new world for Lynette. She now speaks on the topic regularly and even hosts a podcast about it – “The Adopting and Fostering Home.” She also regularly trains foster families via Zoom. And she is helping NAMB with its Family Advocacy Ministry – a “step-by-step ministry strategy that helps churches serve and advocate for vulnerable children and families as well as those called to foster and adopt.”

But her ministry goes well beyond a microphone or a computer screen. Since that first visit to her local child services office five years ago, she’s become a regular there. And she usually has a box of diapers with her. She’s on a first-name basis with the social workers, and they often call her when there’s a specific need.

Helping families stay together and out of “the system” is her primary focus these days.

She recently helped with the purchase of a bed for a foster family so they could take three kids instead of two – so siblings could stay together.

She told of one man who bought new tires for a single mom with seven kids so she could keep going to work to support them, thus keeping them together and out of the system.

“I’m waiting on a call back from a mom right now, trying to keep them out of the shelter and her daughter out of foster care and helping the family stay together,” she said. “And that’s what I’d really like to see the Church do more of here in the U.S. because the need is becoming dire.”

So what can churches do? How can they get involved?

“You go to your local [child services] office,” Ezell said. “They do not have time to talk with you. That’s OK. You are going to respond with kindness at every turn. Take them a box of donuts and your phone number on the top of the box and say, ‘I’m happy to help.’

“… It’s taken me about five years to make strong relationships. They now trust me and know that I’m going to stay within their guidelines.”

In Ezell’s area, churches help with the many physical needs foster children and families have. Recently, the 60 or so members of the church plant the Ezells attend helped purchase $50 Chick-fil-A gift cards for 200 foster families that had had no outside help or support in two years.

Local churches also supply materials for a ministry called Restoring Dignity, which fills duffel bags with one week’s worth of new clothes, underwear, socks and toiletries as well as an age-appropriate Bible. The bags are gender- and age-specific and ready to give to a child entering the foster system. Often, children are placed in foster care with only the clothes they’re wearing.

“They can live out of that bag for a week,” she said. “All brand-new things, no ‘junk for Jesus.’”

Meeting these practical needs is something any church can do, Ezell said. And so is educating people about ministering to children who have endured trauma.

“You have a couple who volunteers, and they’re keeping 4-year-olds on a Sunday,” she said, by way of example. “They don’t know a lot about foster care and adoption. They do the traditional forms of parenting.

“They’ve got 16 4-year-olds that morning. They’ve got one in the corner that’s low verbal. Rocking in the corner in the fetal position, weeping. Maybe the child can just say one thing over and over. There’s some trauma in that child’s life.”

Forcing the child to rejoin the group and behave like the other children is going to backfire, she said.

“We need to learn to love and to realize that we are the adult in the room that God’s put with that child for that one hour to be the hands and face of Jesus and bring His love and compassion to that child.”

Anyone who works with children would benefit from some trauma-informed training, Ezell said.

Reading articles or even watching TED Talks about TBRI (trust-based relational intervention) or ACEs (adverse childhood experiences) scores are helpful ways to learn how to minister to a troubled child.

Ezell uses a story from John chapter 21 – one of Jesus’ last visits with His disciples – as an example.

“Peter’s denied Christ,” she said, recounting the story. “They’ve been through horrific trauma. They kind of think it’s over. They’re in deep brokenness. What do they do – they go fishing.”

After fishing all night, they’ve caught nothing. When John recognizes Jesus on the shore, Peter jumps out of the boat and runs toward Him.

“When [Peter] gets up there, he’s denied Christ three times. He feels like the relationship’s over and it’s broken,” she said. “But when he gets to shore, all [Jesus is] doing is cooking fish. He’s having a meal with them. He’s connecting with them before he instructs them again. He’s doing it through a warm meal. He’s connecting with them before correcting them. [He’s] meeting their physical needs.”

Ezell has used that example in her own journey as an adoptive mother and now as an advocate for troubled children throughout her community.

“Most of it we’re not equal to carry,” she said. “But the Lord does equip us to keep showing up, to keep loving. To keep connecting with the heart of a child so children can move forward in their healing. It takes years of showing up.”