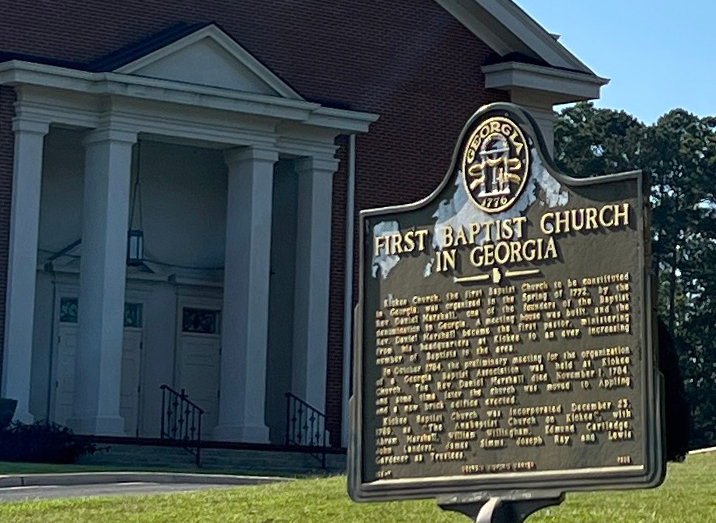 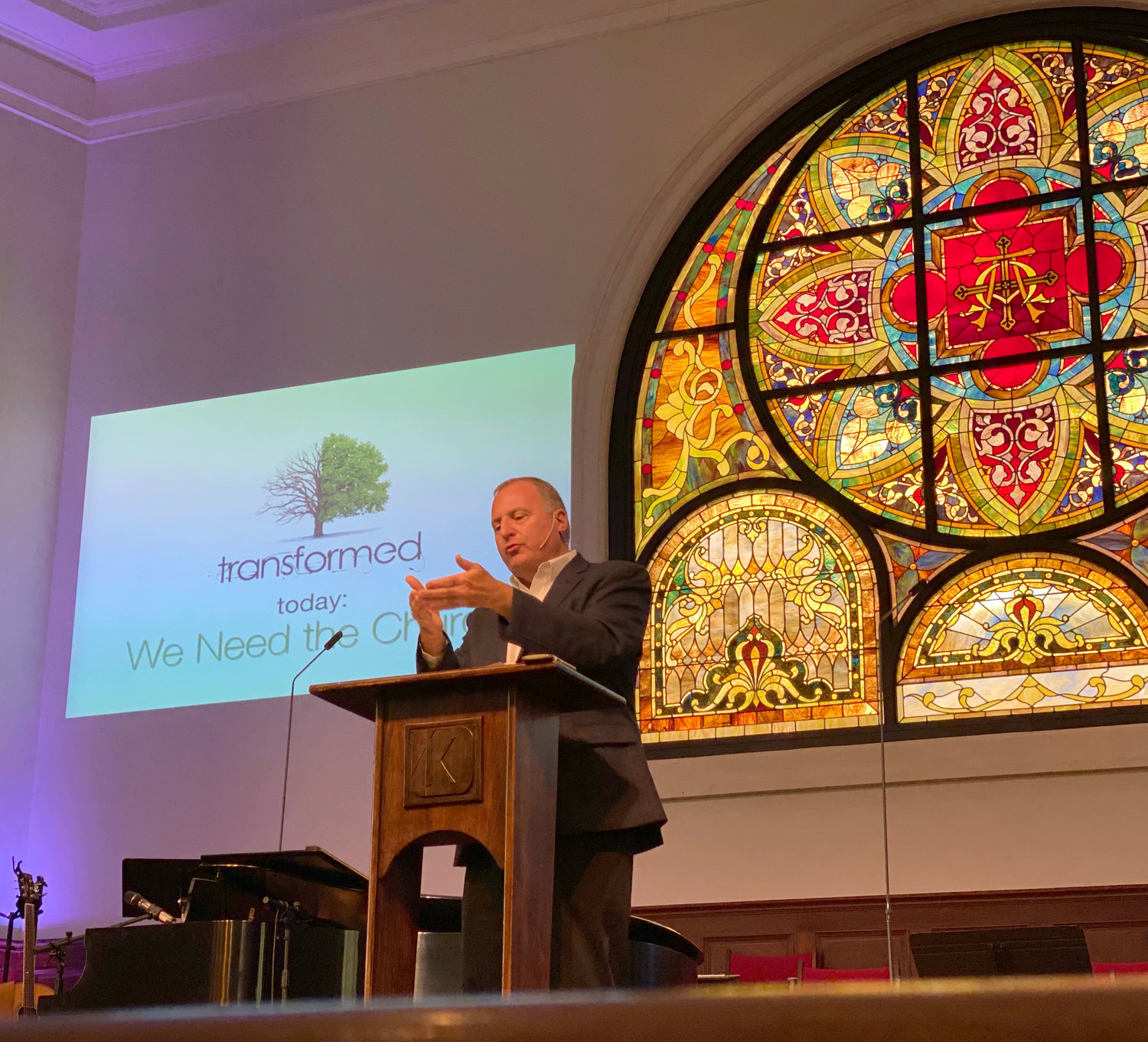 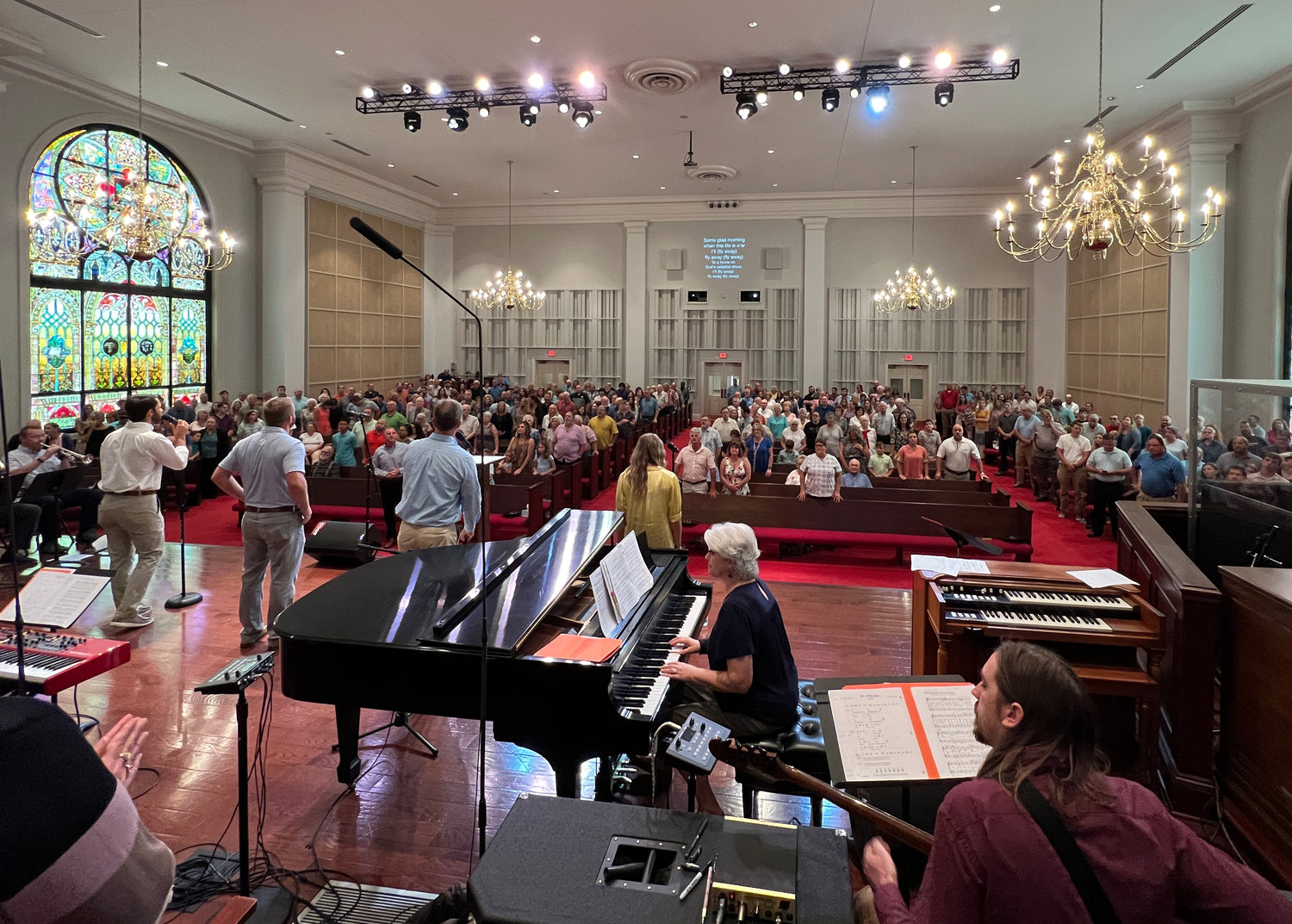 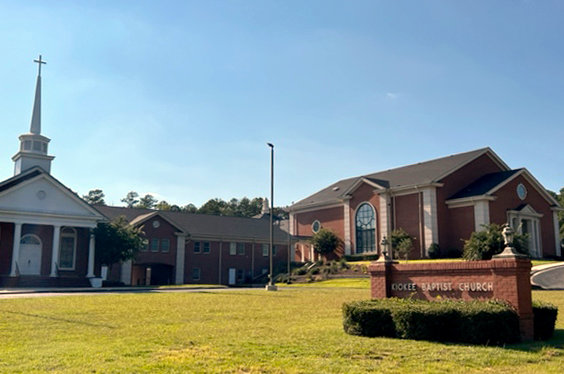 Kiokee Baptist Church, founded 250 years ago by a pastor who was converted during the religious revival that swept through colonial America, remains one of the state’s top baptizing churches. And this weekend, when Kiokee celebrates its semiquincentennial anniversary, the congregation will baptize another 15 new believers.

“Kiokee has an incredible heritage, but, more importantly, it is still impacting lives today,” said W. Thomas Hammond Jr., executive director of the Georgia Baptist Mission Board. “For 250 years, Kiokee has stayed true to its convictions, saving the lost, discipling the saved, sending missionaries and supporting missions. Countless souls have been saved as a result of the ministries and faithful members of this church and hundreds of other churches that it has helped to plant.”

Bert Pollard, a descendant of Kiokee’s founding pastor, Daniel Marshall, said the church is careful to make reaching lost souls its No. 1 priority.

“We still proclaim the timeless truth of the gospel,” Pollard said. “The greatest need of the human heart has not changed. The greatest need is Jesus, and our church proclaims Him as Lord and Savior. That’s why God has blessed us.”

People will gather at Kiokee on Saturday at 6 p.m. to commemorate the church’s founding with a special worship service and dinner. That’ll be followed with Sunday morning worship at 10:30 and a Sunday evening baptismal service beginning at 5 p.m.

Since the arrival of current pastor Steve Hartman 23 years ago, the church has baptized some 600 new believers. Its overall membership now stands at about 1,400. Its building is anything but a colonial log cabin. By sheer dimensions, the massive church looks like it belongs in a major city, not rural Columbia County.

Each generation that has worshipped at Kiokee has carefully guarded the biblical principles on which the church was founded.

“Kiokee teaches the Bible and preaches the Bible,” said church member Nell Morris. “The people are the most loving, genuine, and giving people. And there is such unity in this church.”

Since the church’s founding, winding footpaths have given way to paved roads. Simple log cabins have been replaced by modern homes. Wilderness outposts have become cities and towns. The U.S. has become an independent nation. And Georgia has become a state.

Despite the massive changes in the world around them, Kiokee has managed to keep the evangelistic fervor of the group of hardscrabble farmers who started the church in 1772.

Marshall, the founding pastor, was a Connecticut native who planted churches in Virginia, North Carolina, and South Carolina before arriving in Georgia.

“He was threatened with imprisonment by Anglican authorities in Augusta if he continued to preach in colonial Georgia,” Hartman said. “He did preach, and he was arrested.”

History records that the constable who arrested Marshall was converted, as was his jailer, who later became a deacon at Kiokee.

Marshall was one of an army of preachers unleashed on colonial America during the Great Awakening.

“The world has seldom witnessed a more consecrated devotion to Christ than was displayed by these mostly untrained and unsophisticated preachers of the Gospel,” says a historic account compiled by Kiokee Baptist Church. “During the day they would labor on their farms and at night study their Bibles until near the close of the week, and at the proper time, they would start to their appointments, which often were more than 40 miles away. Sometimes pioneer roads were nonexistent and travel was extremely difficult. These dedicated and determined men of God would frequently endure extreme heat and cold and encounter rain swollen streams – but undaunted they would swim to the opposite side and continue their journey, determined to keep their engagements.”

Kiokee Baptist Church has had a huge impact on Georgia’s religious history, spawning numerous other congregations, including First Baptist Church in Augusta, the birthplace of the Southern Baptist Convention, the largest Protestant denomination in the U.S.

“Literally hundreds of churches can be traced back to Kiokee,” said Southern Baptist historian Charles Jones.

Planting a church 250 years ago, Jones said, meant backbreaking work with men cutting trees and fashioning them into logs of appropriate dimensions to build what was typically simple, one-room meeting houses.

Demographics of the Appling area have changed dramatically, especially in recent years with the expansions at Fort Gordon, one of Georgia’s two largest military installations, as well as the opening of a John Deere manufacturing plant and two Amazon fulfillment centers. The economic growth has brought new families into the area and has been a spiritual bonanza for the church.

Hartman said the congregation has welcomed the new families.

That hospitality, Hartman said, is a reflection of the church’s heart to reach the unchurched.

“Kiokee is the body of Christ in action, a blessed people who seek to declare God’s greatness to their community and the world by demonstrating his love and making disciples of Jesus,” he said.