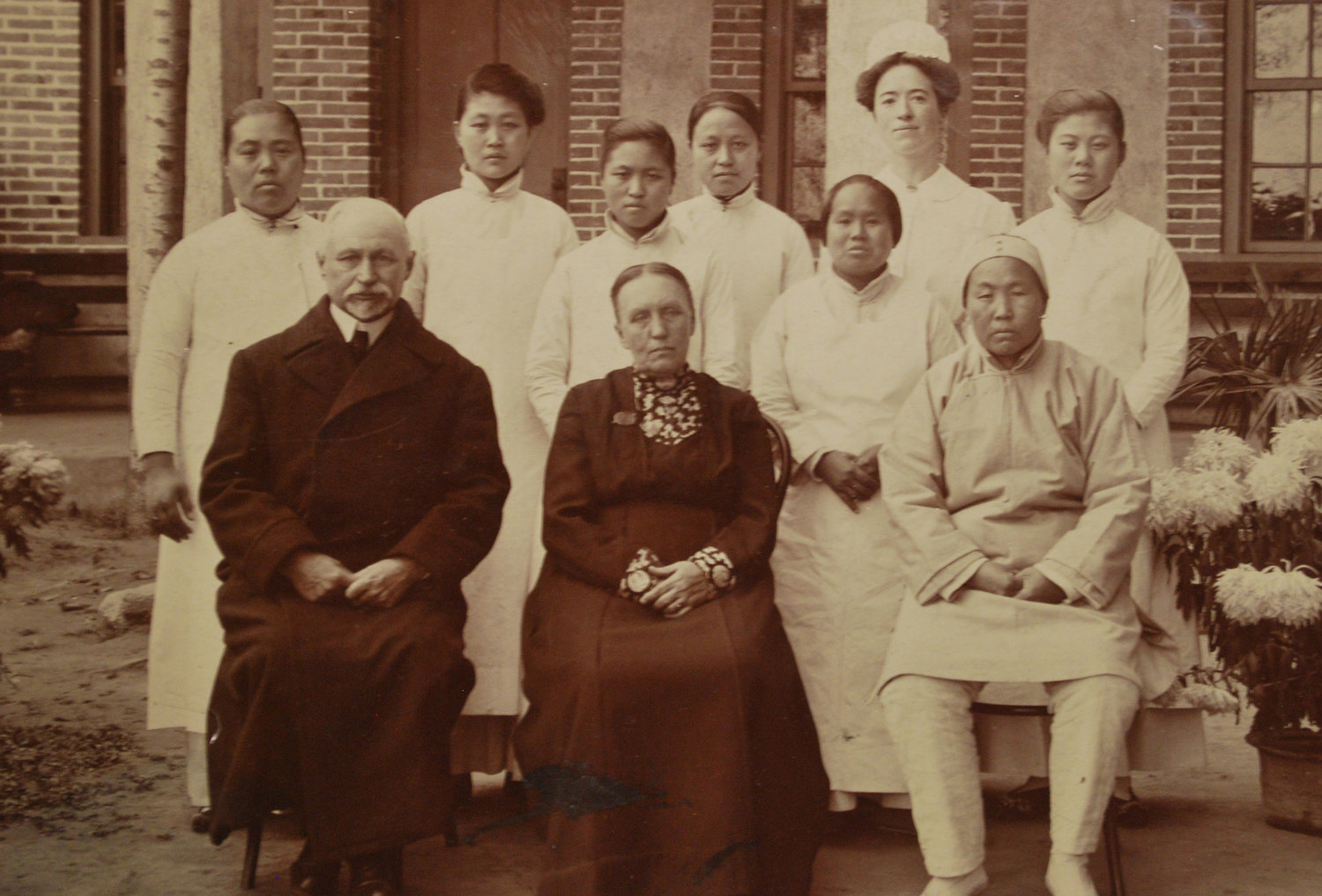 Dr. T.W. Ayers and his wife, both bottom left, pose with medical professionals in front of the Warren Hospital in Hwang Hien, China. 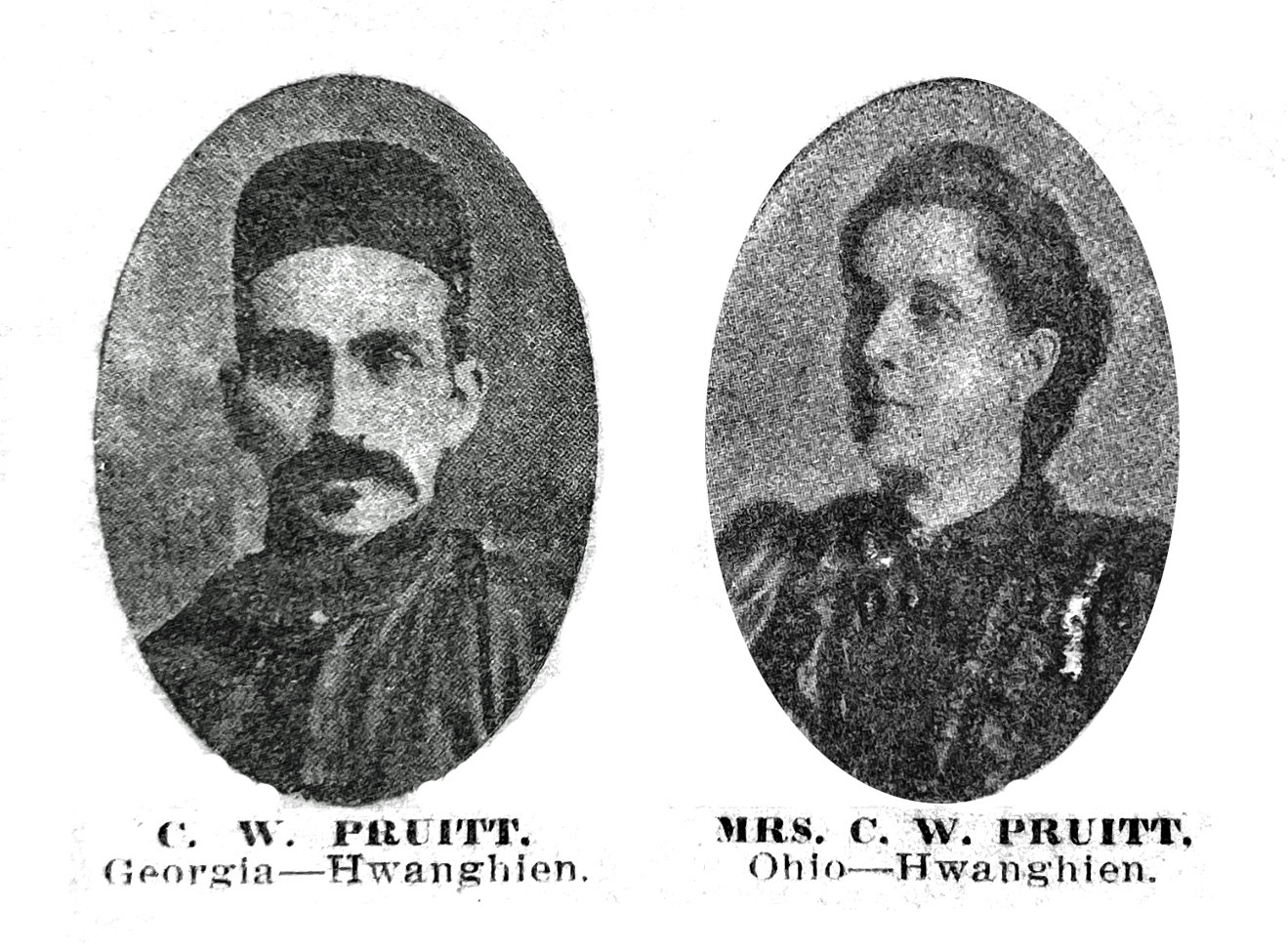 The death of two young children of "C.W." and Anna Pruitt in 1898 helped draw attention to the need for medical missions on foreign fields. 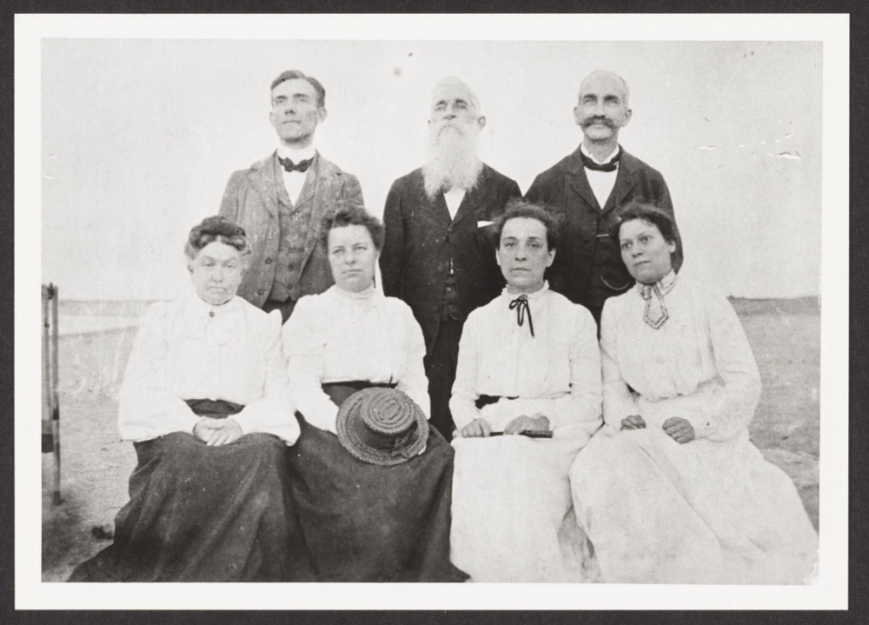 Several members of the SBC North China Mission sit for a photograph. W.W. Pruitt is on the far right and Lottie Moon is seated on the front left side. 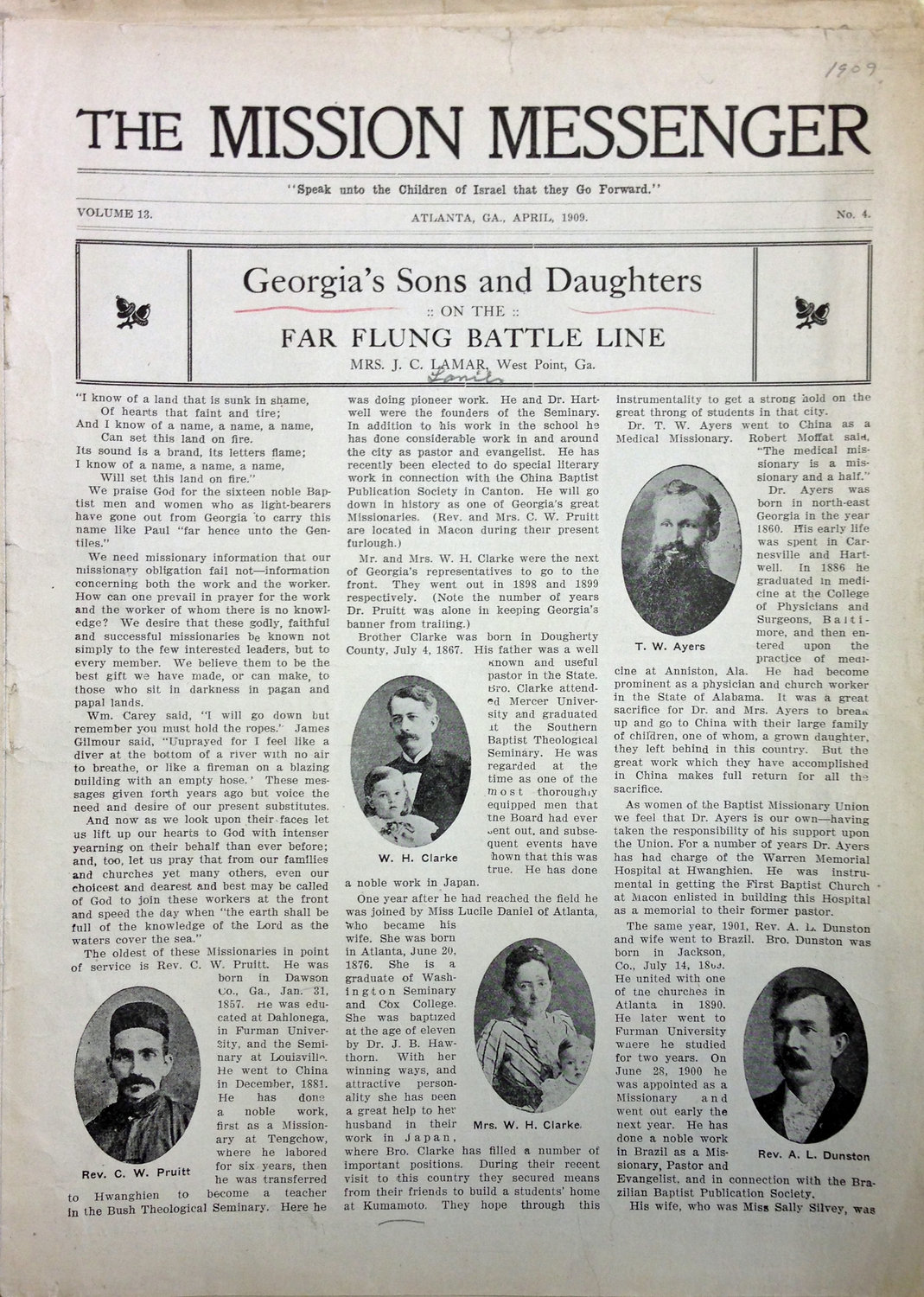 Twenty-four people walked across the platform of Warren Baptist Church recently on the eve of the 200th Anniversary of the GBC in Augusta. Each briefly shared their testimony and call to International Missions. Included in the Missionary Commissioning Service was a family who would serve as medical missionaries . . . they were probably unaware that Southern Baptist International Medical Missions was sealed in a prayer meeting held in the same city nearly 125 years earlier.

A Georgia native, Cicero Washington “C.W.” Pruitt (1857-1946), was serving in north China under the FMB in the 1890’s. Following the death of first wife he married Anna Seward (1862-1948) a Presbyterian missionary and an Ohio native. Several years later, two of their young children became ill and died. Their deaths may have been avoided if there had been professional medical care. Their loss served to highlight the need for Medical Missions in China. In a report to the Foreign Mission Board, Anna wrote that the nearest medical doctor was 20 miles away and almost every day someone was at her door asking for medical assistance for themselves or their families.

Following the death of her children, Anna in her grief, wrote the W.B.M.U. of Georgia “pleading for a medical missionary.” The plea did not fall on deaf ears, the Baptist women of Georgia were moved and began to promote the support for a Medical Missionary to north China. Funds were collected and sent to the FMB in Richmond. The funds remained in Richmond for several years, because there had not been any applicants, and if there had been it was during the anti-western Boxer Rebellion and sending new missionaries was unsafe.

In 1900, Dr. Robert Willingham, the Corresponding Secretary of the Foreign Mission Board was scheduled to be in Augusta, Georgia. Georgia W.B.M.U. leadership made an appointment to discuss medical missions with him, the meeting ended with Dr. Willingham and the ladies in in a prayer meeting. When he returned to Richmond there was a letter waiting on his desk. It was from Dr. T.W. Ayers, a Georgia native, who at the time had a medical practice in Alabama. He was offering up his services as a physician to the Foreign Mission Board.  It was later determined that the letter was being written at the same time the prayer meeting was taking place in Augusta.

Thomas Willburn “T.W.” Ayers (1858-1953) was a young deacon at the FBC Hartwell, Georgia and the owner/editor of the Hartwell Sun when he was called to foreign missions. After attending medical schools he opened a medical practice in Aniston, Alabama. When writing to the FMB offering his services as a medical missionary he was unaware that the women of his home state had already provided the necessary funds. He and his wife Minnie Skelton Ayers (1863-1935) were appointed in the fall of 1900. Dr. Ayers was the first Medical Missionary appointed and sent by the FMB.

The women of Georgia were not content with funding a medical missionary. Led by the women of the FBC Macon, they were soon collecting funds to build what became the first SBC Hospital on a foreign field in 1903. It was a hospital for women named for their former pastor Dr. W. E. Warren. Through the years the Georgia W.B.M.U. provided support for a home for the Ayer’s family and several additions to the hospital.

Dr. Ayers and his wife served in China until 1926 when health issues prompted their return to Georgia. For many years he was a field representative for the FMB in Georgia, retiring at age 75 and passing away at age 95 in 1953.

What began as a grieving mother, reaching out to other mothers became the foundation for SBC International Medical Missions. It was sealed in a prayer meeting and confirmed by the obvious timing of the hand of God in the lives of the Ayers family. Their ministry paved the way for others, including a family appointed on the eve of the 200th Anniversary of the GBC, to follow the continuing legacy of SBC International Medical Missions. Their ongoing support is provided by giving through the Cooperative Program and the Lottie Moon Christmas Offering for International Missions.

As many churches focus on International Missions this month and support giving through the Lottie Moon Offering, the best Christmas gift you can give to Jesus is one that will help support the spreading of His story around the world each day of the year. Medical Missions are one of many ways you are sharing the story and giving a cup of cold water in Jesus name.
___