Giving Tuesday: IMB among those hoping for generous response 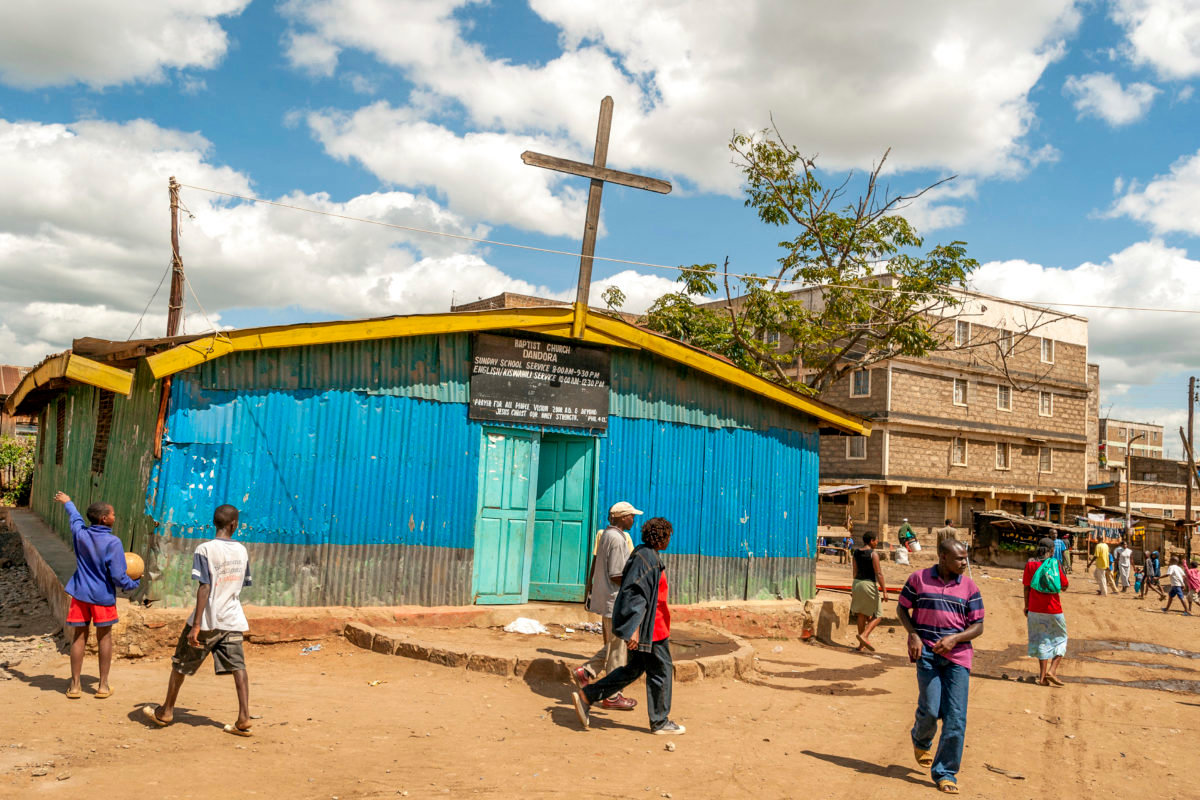 A Baptist church in Dandora, one of the three largest slums in Nairobi, Kenya. (Photo/International Mission Board)
Posted Tuesday, November 29, 2022 2:06 pm
By CHIP HUTCHESON, Kentucky Today

Despite the uncertain economy, retailers saw record sales on Black Friday and a similar surge is expected for Cyber Monday. The question now is whether inflation will impact charitable donations on Giving Tuesday, Nov. 29.

Giving Tuesday was created in 2012, and the past two years have seen record-setting totals in giving to more than 300 community campaigns across the U.S. Individuals and organizations participated in Giving Tuesday in every country in the world, according to www.givingtuesday.org.

The International Mission Board of the Southern Baptist Convention is among those hoping for a generous response on Giving Tuesday.

“On Tuesday, 157,690 people will die without Christ,” said IMB President Paul Chitwood. “This number is true for every day, actually. This is an unimaginable statistic that shows the reality of the world’s greatest problem - lostness. It’s the greatest problem because it is an eternal problem.

“But as believers in Jesus Christ, we have the solution,” Chitwood added. “The solution is the gospel, and the IMB is committed to reaching the farthest nations and people with the message of salvation.”

In asking Christians to partner with the IMB, Chitwood notes that giving is not limited to just one day.

“You can give today, knowing that 100 percent of your generous gift will go to the mission field. Not one dollar is used for administrative expenses or kept for work in the U.S. Every dollar reaches a missionary who is faithfully serving among the unreached.”

This time of year, Southern Baptists are also encouraged to give to the SBC’s Lottie Moon Christmas Offering. The goal is to raise $196 million for international missions.

The Week of Prayer for the Lottie Moon Christmas Offering will be Dec. 4-11. Those who give to the Lottie Moon offering make it possible for IMB missionaries to cultivate gospel access, gospel belief and gospel multiplication.

“Together, we get to share the good news of Jesus with people in places where that news has never been heard,” said Chitwood. “Together, we send, sustain and support missionaries to be steadfastly present around the globe. We must reach the nations, together.”

Also, people who shop at smile.amazon.com can designate donations year-round to IMB or other charitable organizations.

Amazon donates 0.5 percent of eligible purchases to go to a charity of the shopper’s choice, and there is no additional cost to the shopper for the donation.