Attendees at GO Georgia 2016, held last year at Prince Avenue Baptist Church in Bogart, peruse the displays in a hallway. This year's GO Georgia will be held in two locations, Aug. 18-19 at Roswell Street Baptist Church in Marietta and Aug. 25-26 at First Baptist Tifton. GBC COMMUNICATIONS/Special

That response became to extend the early bird registration deadline from May 31 to June 15 for GO Georgia, a two-day gathering for church leaders featuring training, breakout sessions, and national speakers. This year it will be held Aug. 18-19 at Roswell Street Baptist Church in Marietta and Aug. 25-26 at First Baptist in Tifton. 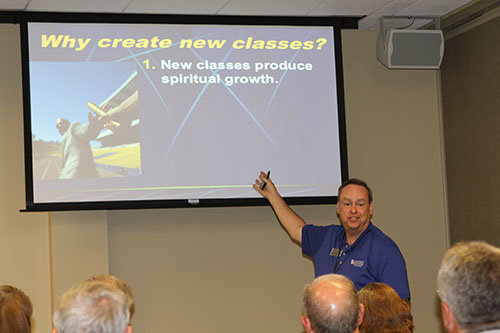 Typically when an early bird registration period exceeds expectations, event organizers see it as a great sign. Now that a demand has been established, a higher price can be charged to future registrants.

But the sign Smith and others are interested in doesn't relate to dollars. Instead, he sees the interest as a signal that church leaders see the challenges facing their congregations in a post-Christian world. And, they want desperately to reach their communities for Christ.

Built with church leaders in mind

"We tailor GO Georgia to be as accessible and instructive as possible for ministers and lay leaders," he said. Last year, Smith noted, registrations during the early bird period reached 200. During that time period this year the number approached 600 registrants.

Indeed, those attending can look forward to training in areas such as evangelism, church security, student ministry, and literacy missions. 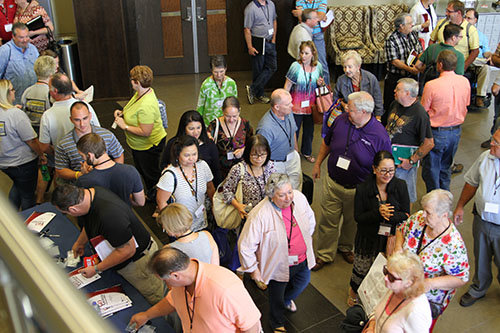 Smith acknowledges that adding another location probably affected those considering whether to attend. Last year's GO Georgia was held at Athens-area Prince Avenue Baptist Church. However, taking that into consideration that's still 300 registrants per location for 2017.

But Smith, a state missionary in Groups and Faith Development, sees it also as a response from churches.

"GO Georgia offers help for everyone from Sunday School to those working in choirs to evangelism," he pointed out. "Those church leaders see what they're facing in a world more hostile to the Gospel. So, they also understand the need for training in suitably presenting the Gospel.

"The way the previous early bird registration deadline fell, we know pastors and folk were preoccupied with the end of school and preparing for VBS. We didn't want them to lose the opportunity to register at the lower rate for something that could help their ministries."