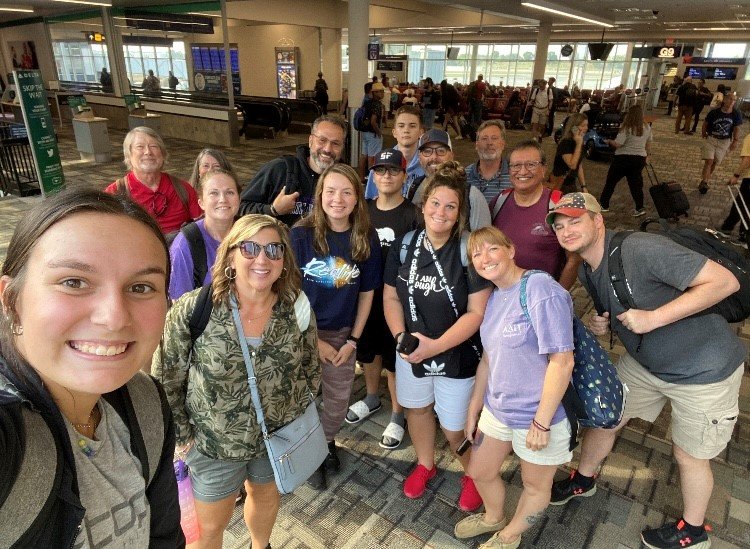 Delaney Gosart takes a selfie with members of a mission team from Jonesboro's First Baptist Church. They spent last week in Montana ministering on an American Indian reservation. 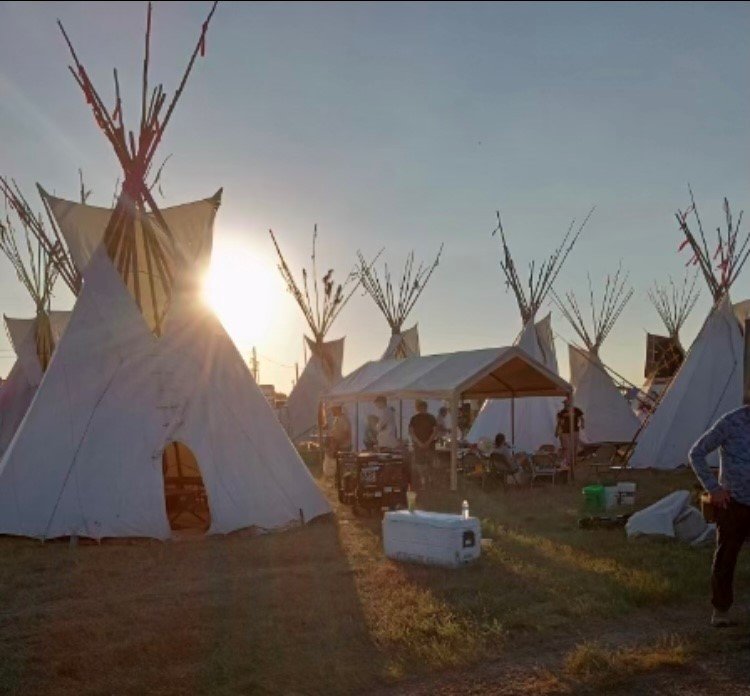 The sun sets behind teepees on an American Indian reservation in Montana where a group of from First Baptist Church of Jonesboro served on a mission trip last week. 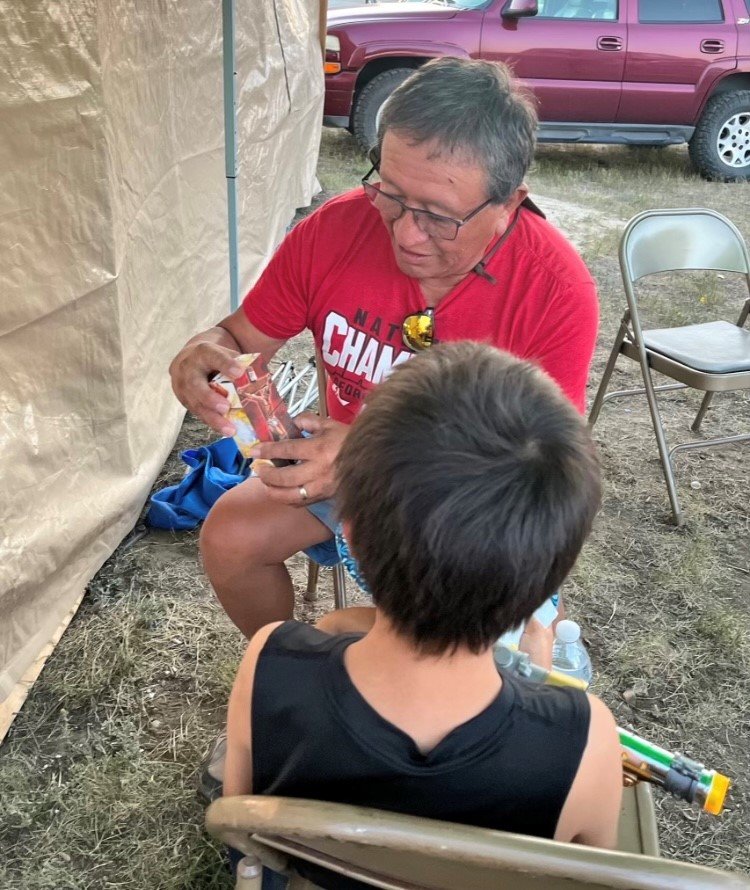 Will Ashley, a member of the Navajo Tribe and First Baptist Church in Jonesboro, 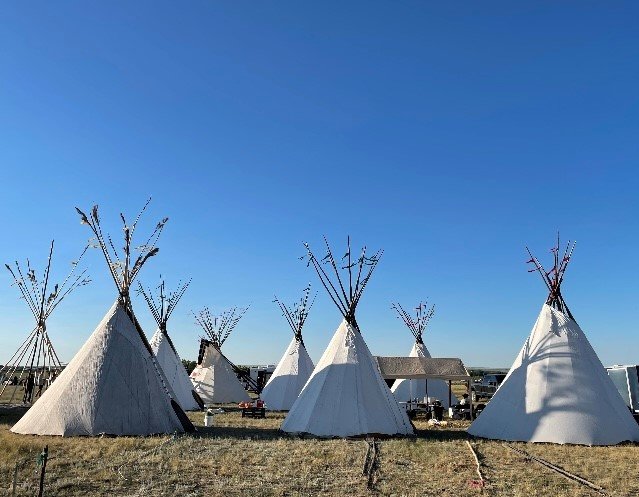 Teepees erected by a mission team from Jonesboro First Baptist Church stand in contrast to a brilliant blue sky in Montana.
Previous Next
Posted Friday, August 12, 2022 2:18 pm
By ROGER ALFORD, The Christian Index

JONESBORO, Ga. – A 10-year-old American Indian boy who came to faith in Christ last week in Montana has inspired a mission team from Jonesboro’s First Baptist Church with his enthusiasm for reaching others with the gospel.

The boy they knew as Billy was one of 33 people who the Jonesboro mission team led to Christ last week at the Fort Belknap reservation.

Delaney Gosart dabbed tears during a church gathering Wednesday as she talked about Billy’s contagious enthusiasm for serving “Creator Sets Free,” his tribe’s translation for Jesus.

“As soon as he came to faith, he said he was going to work with us,” said Gosart who has Billy’s photo on her phone’s lock screen. “To see a little 10-year-old boy with the work ethic he had, it was one of the most incredible things I’ve ever watched.”

When the mission trip was over, they had to say goodbye to Billy.

“This little boy turned to me with tears in his eyes and said, ‘Do you guys have to go?’” Gosart recalled, wiping her eyes. “Then, he walked us to our cars, and he cried, and we all cried.”

Richie Howard, who serves on the Jonesboro church’s mission staff, said the six-day trip was life-changing not just for Billy, but for 28 other children and four adults who made professions of faith.

The mission trip was centered around a pow wow, a traditional gathering of thousands of American Indians on the reservation. The Georgians’ job was to pick up trash on the pow wow grounds. They also set up an open tent where they gave away water and coffee.

“On the first day, we worked 22 hours straight,” Howard said. “We set up teepees. We slept in teepees. No electricity. No running water. By the end of the week, 33 new believers had professed Jesus as their Lord and Savior. That’s what really matters.”

Howard said Jonesboro’s First Baptist Church routinely sends short-term missionaries to places across the nation and around the world.

“Our philosophy is we want to go to places where no one else wants to go, to reach people who no one is knocking down doors to get to,” he said.

Under tribal law at Fort Belknap, members of the mission team weren’t permitted to approach people to initiate gospel conversations. But they could answer questions when people asked. To prompt such questions, they placed Evangecubes on a table. When people asked about the small, colorful, square cube, they used it to share the salvation story. The cube opens to show a series of pictures that illustrate the gospel, including one of Jesus dying on the cross.

The Evangecube had caught Billy’s eye, and he asked what it was. Howard took Billy through the gospel.

Then Billy began bringing other kids to the mission team’s tent to see the Evangecube and hear the gospel. Billy listened to the presentation until he was able to make the gospel presentation himself.

“I’m convinced Billy was called to ministry within two hours of being saved,” Howard said.

Vote in Ukraine's Russia-held areas stokes tension with West
KYIV, Ukraine (AP) — Referendums that are expected to serve as a pretext for Moscow to annex Russian-held regions of Ukraine reached their final day of voting Tuesday as the preordained outcome of the Kremlin-orchestrated votes heightened tension between Russia and the West.
© Copyright 2022 The Christian Index | Copyright/Terms of Use
Powered by Creative Circle Media Solutions