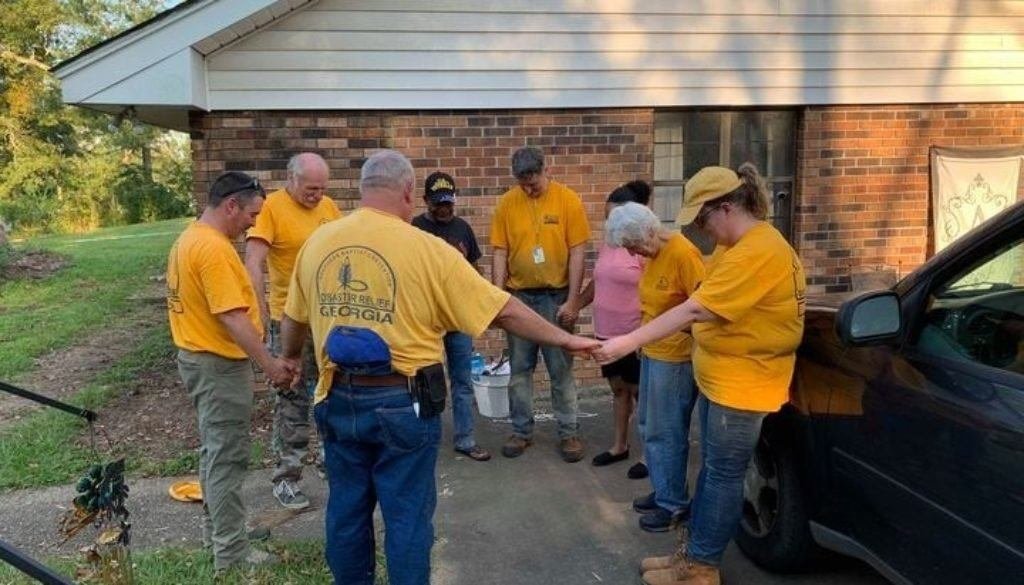 NASHVILLE (BP) – The capacity for help from Southern Baptist Disaster Relief is high. In fact, one key disaster relief leader says it ranks right up there with the American Red Cross and the Salvation Army in resources available to people in crisis.

While crisis and disaster are obvious needs, “the greatest crisis in the world is lostness and that people have not yet had an opportunity to know the God who loves them and created them for a purpose,” he said.

Webb has served in the role at Send Relief for a little more than two years. He came to the Southern Baptist compassion ministry after serving many years leading disaster relief efforts for the Kentucky Baptist Convention and pastoring local churches.

The month of August calls for a Focus on Christian Service in the SBC annual calendar with an emphasis on ministries of Send Relief.

Webb believes crisis relief work gives Christians the opportunity to “step outside the walls of their church buildings and, sometimes, step outside their own communities to make an impact for Christ.”

He said through helping people at their greatest time of need, he’s personally witnessed believers’ credibility restored with people who said they would never step foot in a local church.

Webb specifically recalled a time he was working with a crew in a small community. They encountered an older man who needed help, but told them he didn’t want to hear about God or Jesus while they worked.

Webb said the man’s hardened exterior was softened over the next few days as they helped to clean up and repair damage at his home.

By the end of the week, the man placed his faith in Jesus Christ and was open to being connected to a pastor in the area who could build a relationship with him. That pastor later informed the team that he baptized the man a few weeks later.

“I think that makes them unique because most people are running from a disaster but these volunteers are running toward it to help people,” Webb told Baptist Press.

All workers must receive training and certification before they can serve in the field.