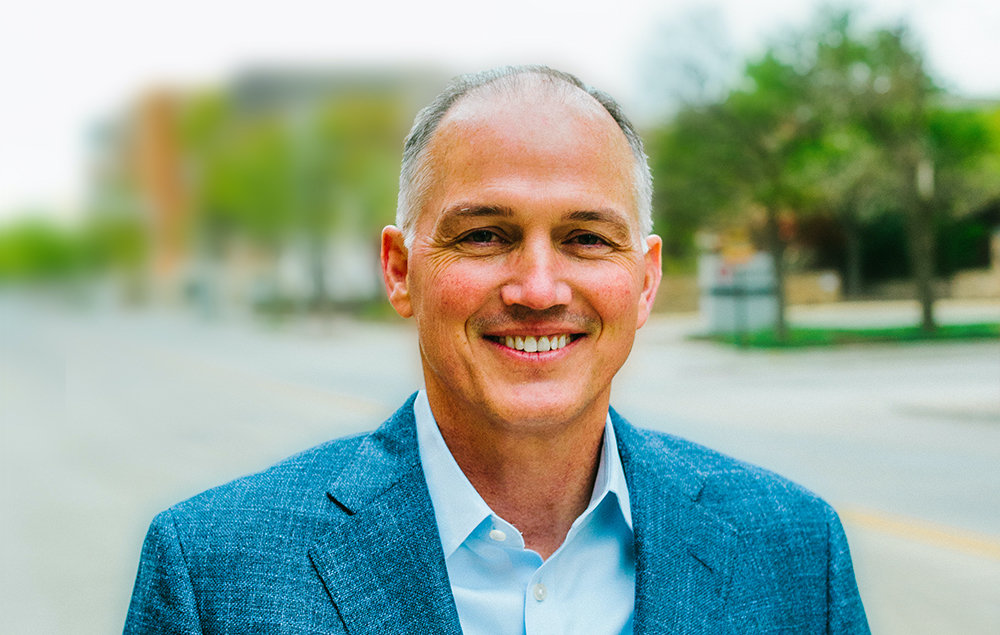 DALLAS (BP) — D. Hance Dilbeck Jr. was unanimously elected GuideStone president-elect during a called meeting of the GuideStone Trustee Board on Thursday (May 20). Dilbeck, executive director-treasurer of Oklahoma Baptists since 2018, accepted the call and gave thanks to the Lord, his family and trustees for the opportunity to serve at GuideStone.

Steve Dighton, retired pastor of Lenexa (Kan.) Baptist Church and chair of the presidential search committee, said the committee bathed the process in prayer to seek out the Lord’s candidate in this process. He said 15 candidates were recommended.

“We established a process where we were determined to only consider prospects recommended to us from our Southern Baptist family,” Dighton said. “We solicited feedback for three months, and even added one more month to give time for more recommendations to come in.”

Hawkins expressed his confidence to trustees in their selection.

“Hance Dilbeck is one of the most respected men in Southern Baptist life,” Hawkins said. “He has pastored all sizes of Southern Baptist churches, has a heart for serving pastors from small, medium and large churches; he understands the dynamics and complexity of GuideStone’s ministry, and he is a quick learner. And he is among the humblest men I’ve ever known, so he’ll be one who has a learner’s heart as he embarks on this new calling from the Lord. Susie and I are holding Hance and Julie in our hearts and prayers, and we invite Southern Baptists to join us in lifting them up.”

Dilbeck’s wife, Julie Dilbeck, has served as a GuideStone trustee since 2019. She resigned her post at the called meeting; she did not vote in the selection process.

Dilbeck has served in Oklahoma churches as pastor for more than 30 years. He served as pastor at Quail Springs Baptist Church in Oklahoma City for 15 years before being called in 2018 to lead Oklahoma Baptists. During that time, the church tripled in size even as it took part in planting 32 churches. He has been an active participant in denominational life, having served through the years as chairman of the board of trustees at Oklahoma Baptist University, Southwestern Seminary, and the International Mission Board. He is a prior second vice president of the Southern Baptist Convention.

“Julie and I have a clear sense of the Lord’s calling to GuideStone,” Dilbeck said. “We are grateful for how the search committee and their prayerful process helped confirm this calling. Dr. Hawkins has been a faithful steward and transformational leader for almost 25 years. He has assembled a world-class team.

“I am asking our Father for grace to be faithful with this stewardship and effective with the platform; serving those who serve the Lord.”

“We are excited for this new opportunity for Hance and know he will do an excellent job leading GuideStone,” Fisher said. “We are proud that one of our fellow Oklahomans will be at the helm of a national entity in the SBC. At the same time, Hance’s departure leaves a big void for us. His leadership these last three years has been stellar and visionary in keeping our state convention focused and well situated to advance the gospel together in unity.

“He will be sorely missed, but we are confident of great days ahead for GuideStone and Oklahoma Baptists.”

Dilbeck also offered his thanks to and love for Oklahoma Baptists for the opportunity to serve as their executive director-treasurer.

“We are grateful for the opportunity to serve as the pastor of great churches in Oklahoma for 30 years,” he said. “The Lord used these people to give me a shepherd’s heart. Serving as executive director put me in a position to learn from godly leaders in churches and ministries of all sizes. I have developed a burden for encouraging pastors and ministry leaders to give careful attention to their own wellness and the wellness of their families.”

“The search team spent much time in prayer asking God for direction, and Hance’s background and experience elevated him,” said David Cox, a trustee and search committee member from Michigan who has served as treasurer of the Greater Detroit Baptist Association and as secretary of the Michigan African American Fellowship. “During the interview, Hance’s vision and responses to difficult questions made it crystal clear that God had prepared him for this role.”

GuideStone Trustee Chair Renée A. Trewick of New York, an ex-officio member of the search committee, echoed those sentiments.

“I am so pleased with the diligence of the Search Committee and in their recommendation of Dr. Hance Dilbeck,” Trewick said. “The committee sought to find the Lord’s candidate exclusively through the referrals of Southern Baptists, asked the Lord for His wisdom and guidance, and agreed that any vote of the committee must be unanimous. This was a thorough, God-honoring process that ensured every voice was heard.

“Dr. Dilbeck really rose to the top and checked the boxes of what we were looking for as the next leader of GuideStone. We look forward to what the Lord might do through him as he joins us.”

Vice-Chair John Hoychick of Louisiana, also an ex-officio member of the search committee, shared his thanks to trustees for their work.

“The Lord is always ready for an Elisha to take on the mantle from Elijah,” Hoychick said. “His Kingdom never stops; it transitions, using His people.”

Hoychick noted the committee members’ commitment to prioritize prayer as they confidently sought God’s will.

“The members are diverse in background, and yet singular in belief,” Hoychick said. “They agreed any vote must be unanimous, and each was encouraged to speak what was on his heart. The hearts and minds of the members melded into one. The Lord revealed to each separately and yet corporately that Hance Dilbeck was the person He selected.

“There were outstanding candidates for the position, but the Lord selected Hance for leadership of GuideStone. It is such a privilege to watch the Lord as He works His will in the lives of His people and in the life of GuideStone.”

Trustees heard Dilbeck’s testimony of coming to trust Christ as his Lord and Savior, and his calling to ministry. Dilbeck gave thanks to Southern Baptists for the opportunities they have provided him. He said he looks forward to continuing to serve in this new role.

Born in Pawhuska, Okla., Dilbeck earned his undergraduate in religion from Oklahoma Baptist University. He holds two degrees from Southwestern Baptist Theological Seminary — a master of divinity obtained in 1992 and a doctor of ministry earned in 2002.

The Dilbecks have three grown and married sons and eight grandchildren. He will begin work as president-elect July 1.