Gunman in Montenegro kills 10, then shot dead by passerby 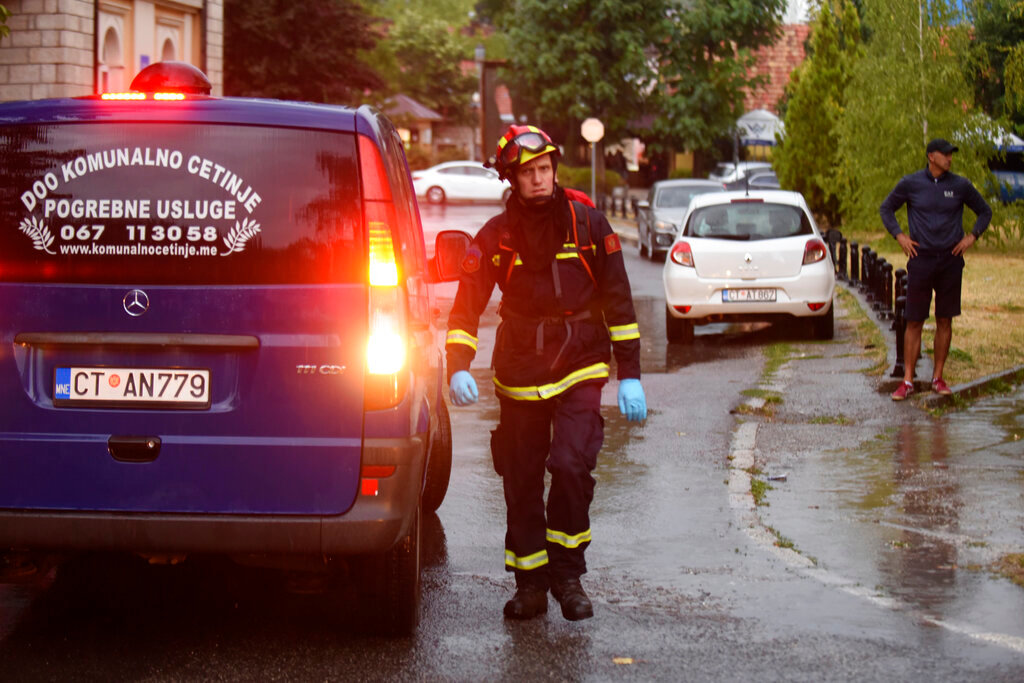 A firefighter walks past a hearse on the site of a shooting rampage in Cetinje, Montenegro, Friday, Aug. 12, 2022. (AP Photo/Risto Bozovic) 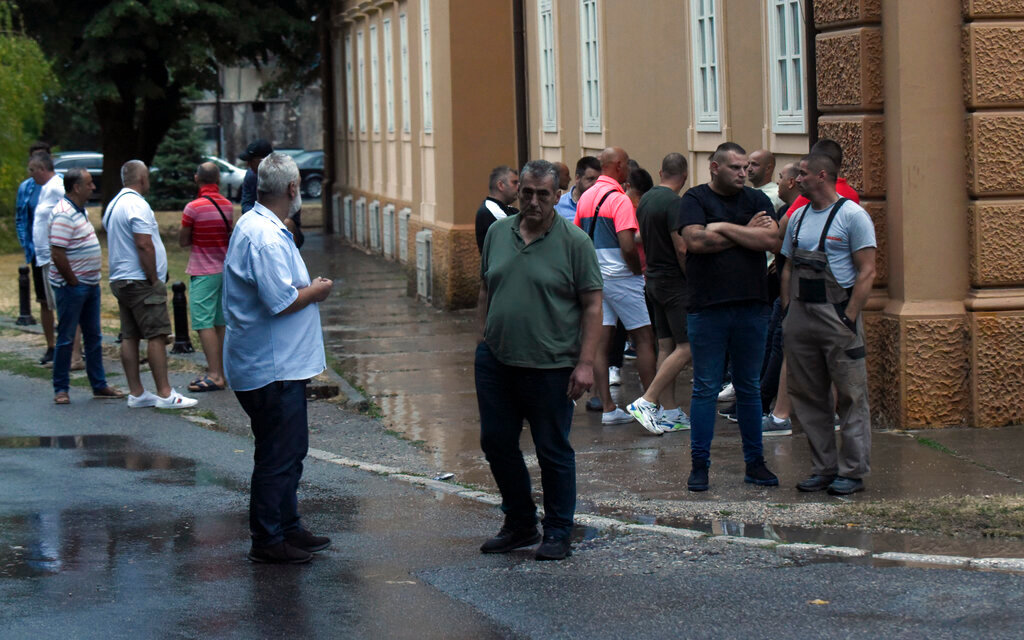 CETINJE, Montenegro (AP) — A man went on a shooting rampage in the streets of this western Montenegro city Friday, killing 10 people, including two children, before being shot dead by a passerby, officials said.

Montenegrin police chief Zoran Brdjanin said in a video statement shared with media that the attacker was a 34-year-old man he identified only by his initials, V.B.

Brdjanin said the man used a hunting rifle to first shoot to death two children ages 8 and 11 and their mother, who lived as tenants in the attacker's house in Cetinje's Medovina neighborhood.

The shooter then walked into the street and randomly shot 13 more people, seven of them fatally, the chief said.

“At the moment, it is unclear what provoked V.B. to commit this atrocious act,” Brdjanin said.

Andrijana Nastic, the prosecutor coordinating the crime scene investigation, told journalists that the gunman was killed by a passerby and that a police officer was among the wounded. She said nine of those killed died at the scene and two died at a hospital where they were taken for surgery.

Cetinje, the seat of Montenegro's former royal government, is 22 miles west of Podogrica, the current capital of the small Balkan nation.

Prime Minister Dritan Abazovic wrote on his Telegram channel that the incident was “an unprecedented tragedy” and urged the nation "to be, in their thoughts, with the families of the innocent victims, their relatives, friends and all the people of Cetinje.”

President Milo Djukanovic said on Twitter that he was “deeply moved by the news of the terrible tragedy" in Cetinje, calling for “solidarity” with the families who lost loved ones in the incident.