Help your pastor stay focused and on the field 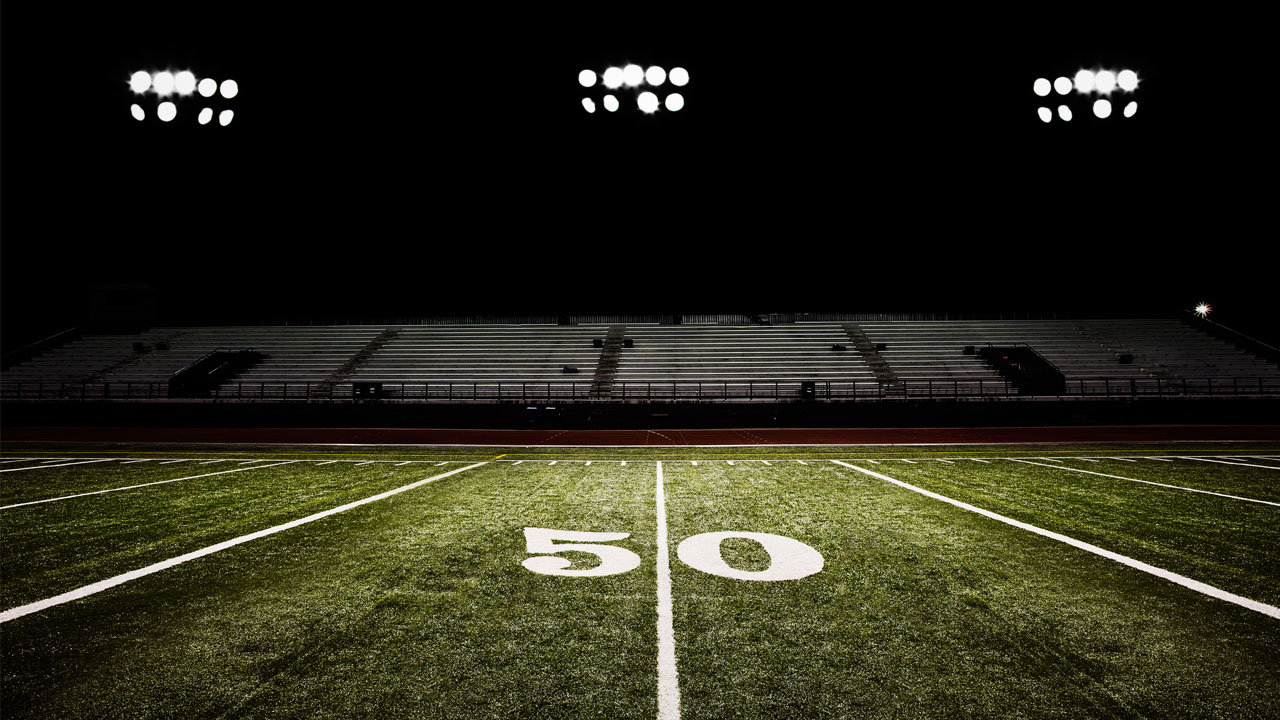 I love the sport itself, but it’s special at the community level. Last Friday all the sounds, sights, and smells overwhelmed my senses at Allatoona High in Acworth. The band playing, burgers grilling, coaches barking at players … I love it all.

Yes, we also get passionate about college and pro football. But there’s something about Friday night lights and the community coming together and seeing little Billy on the field when you remember back when he was this-high tall.

I started thinking about those sights and sounds again after hearing of Andrew Luck’s shocking retirement announcement Saturday night. Luck, if you don’t know, was the top draft pick by the Indianapolis Colts in 2012. A certified star in high school and at Stanford, he was seen as good enough to pick up the mantle Peyton Manning had left, a generational talent.

And he was good … very, very good. In 2011 the Colts straggled to 2-14 record. With Luck the next season, they went 11-5 and made the playoffs. The record reflected the most wins by a rookie quarterback drafted first overall in league history. In 2012 he also set rookie records in single-season passing (4,374) and for a single game (433). In 2014 he broke Manning’s franchise single-season passing record (4,761). Luck would go on to rank in the top 5 in NFL history for passing touchdowns and passing yards in a player’s first six seasons.

What makes those stats regarding Luck’s first six seasons is that, well, he only played six seasons. The Colts quarterback underwent shoulder surgery following the 2016 campaign, which led to his sitting out all of 2017. Back on the field last year, he had career highs in completion percentage (67.3%) and passer rating (98.7). After a 1-5 start, Luck and the Colts went on a 10-1 tear, their season ending in a second-round playoff loss to the Kansas City Chiefs. Luck, for his efforts, was named Comeback Player of the Year.

And yet, Luck retired at the age of 29. He cited mental fatigue brought on by injuries that had dogged him over the last few years. The price of playing the game wasn’t worth it, he said, considering what he wanted to do with his life. What’s more, a player of his caliber deserved a better sendoff from the fans. Despite his accomplishments over the years, boos – yes, boos – rained down as Luck walked off the field when news leaked of his retirement. And yes, he heard them.

I realize I’m crawling into Andrew Luck’s head here, but while he may be done with playing football, I doubt he’s done with the sport. His family certainly isn’t as Luck’s father, Oliver, is a former NFL quarterback himself serving as commissioner for the upcoming XFL. Football has been a part of Andrew Luck his entire life, I have no doubt he still loves it and feel certain he’ll stay connected to it in some form in the future.

Even something we love so much can eat at us, whittle us down to something we barely recognize. Former University of Georgia and Miami head coach Mark Richt said as much recently. This marks the first fall since 1984 he won’t be on the sidelines, instead working as a studio analyst for the ACC Network. Richt says that if he’d paid more attention to what God says about rest, maybe he’d still be coaching.

“I kind of wore myself really, really thin, and if I would have just done a better job of listening to what God has to say about rest, I might still be, to be honest with you,” he recently said on a podcast for Sports Spectrum.

“ taught me that it’s important to rest,” he added. “I didn’t do a very good job of resting [as a coach]. I didn’t do very good with the Sabbath. God gave us the Sabbath for a reason.”

Richt, of course, still loves the sport. By way of Florida State head coach Bobby Bowden when Richt was an assistant in 1986, it introduced him to a relationship with Christ. It’s provided the former UGA coach numerous paths to introduce that savior to his own players.

We’re a little over a month away from Pastor Appreciation Month. I’m a layman at my church, and so I can’t speak directly to the fatigue a pastor and other staff members experience. But I know it’s real.

Want to see a pastor try and hold a grimace while making a tight-lipped smile? Make the joke about him working only two days a week. The truth is, thanks to our hyperconnected world, it’s difficult for pastors to get even an entire day off. Maybe they’ve left the office, but the office rarely leaves them. This is something they’re dedicated to, it’s a calling from God. But even they wear down.

So, with this list I’m speaking to my fellow laypeople. Pastor Appreciation Month is in October, but there’s no reason you can’t do these now. Your pastor won’t mind.

Don’t expect him to say “yes” every time. You have something pressing you’d like to talk over. But he can’t make it for breakfast or lunch this week. Later, you learn he didn’t have appointments with other people in the community but (Gasp!) was leaving some down time that morning in case his wife could be free for lunch or he just wanted a calendar-free Saturday.

Send a supportive text. It’s tough to beat the vote of confidence an out-of-the-blue note of appreciation can bring. For a nice addition, communicate there’s no need to respond, you just wanted to pass it along. He’ll see it and know. That should be enough.

Brag on them. My children are budding architectural savants and so must be talked about, but have you noticed how everyone else brags on their kids doing things that, frankly, don’t deserve a medal? My point is we’re not averse to handing out praise. Let others know how much you appreciate your pastor and the ways he makes you want to be a stronger Christian.

Take him to lunch or breakfast. Yes, I know what I wrote just a few paragraphs ago, but this is still a very easy something to show your pastor or another staff member you appreciate them. Maybe it won’t happen for a few weeks, depending on their availability, but make the date and stick with it.

Send a note or text of your favorite quote from that Sunday’s sermon. Yes, this requires you to pay attention and take notes. One of the more amazing things about preachers for me is their ability to stay on message while watching people in the crowd not paying attention, whispering, checking their phones, etc. Prove to him that time spent preparing the message wasn’t for naught.

Pastors and staff get tired. They wear down even though they’re doing what they love. We’re at the beginning of the church year so maybe those emotions aren’t being felt quite yet, but they will be.

Fatigue can, and does, set in. Ministers shouldn’t have to battle it alone. The rest of us – at the community level that is the local church – are an important part of helping keep them on the field where God has placed them.