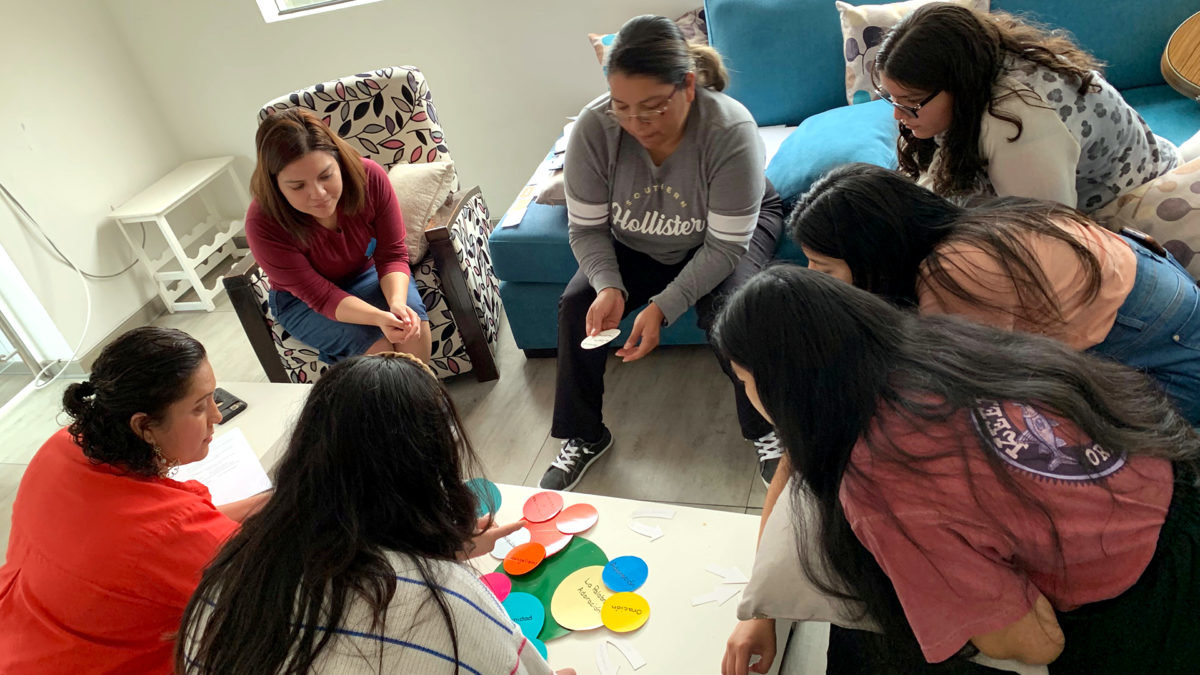 During their first day in Peru, IMB missionary Amy Fisher had the missions team from Iglesia Bautista Nueve Jerusalem, Little Rock, Arkansas, do an activity on missionary tasks and the healthy church. 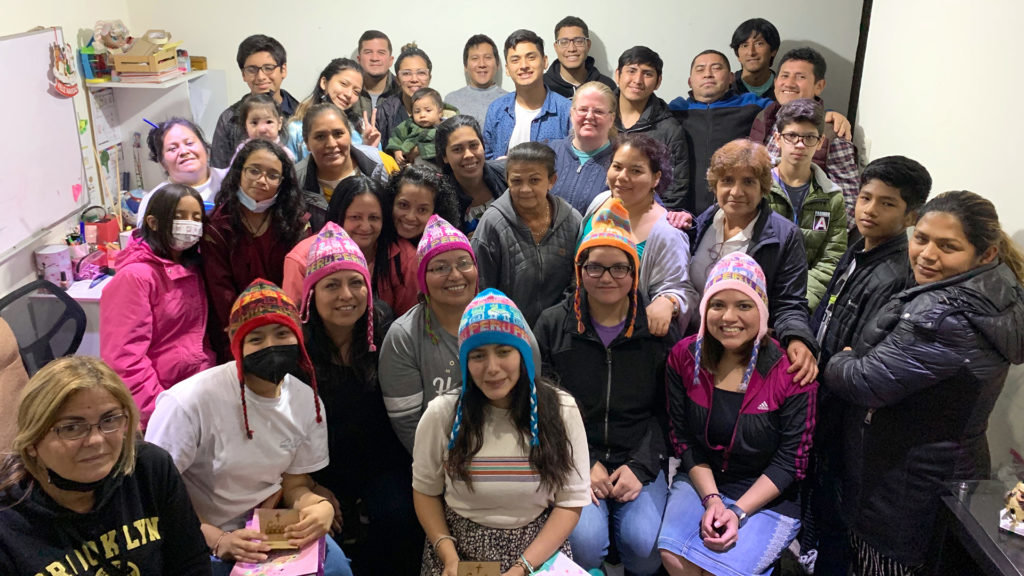 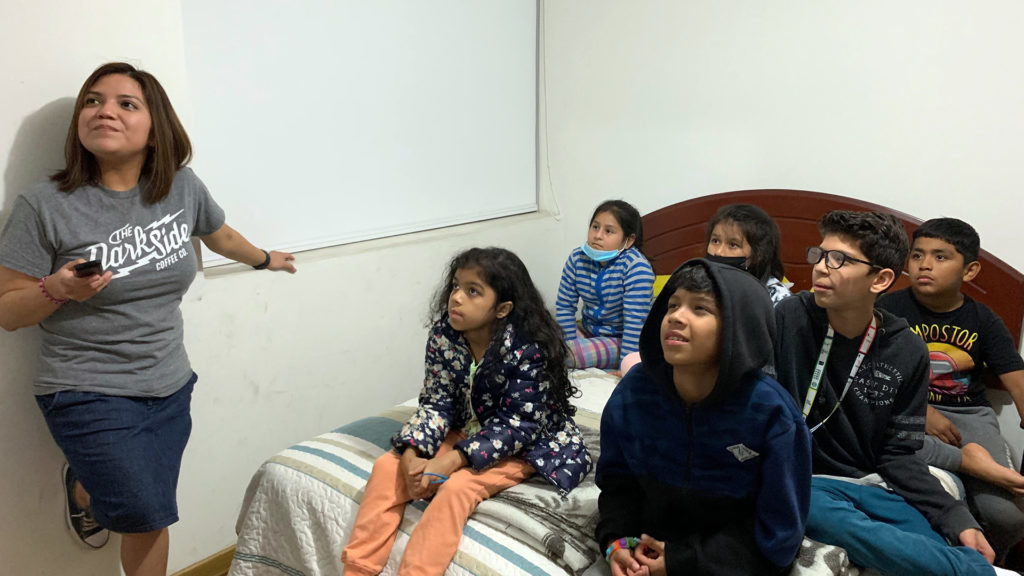 The Peruvian church was willing to utilize whatever space was available for worship and Bible study. 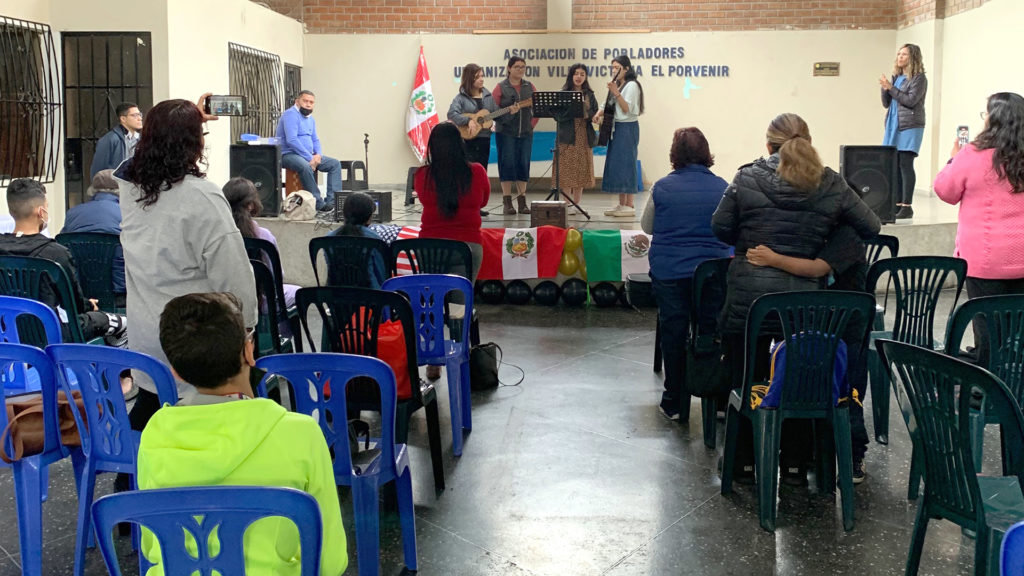 Some of the younger ladies on the trip led in worship.
Previous Next
Posted Wednesday, August 3, 2022 1:24 pm
By MYRIAH SNYDER, International Mission Board

A mission trip for a team of women was an all-hands-on-deck, transformational experience.

The team spent time in Michel’s home. She was a seeker, and her mother, Celia, was experiencing health problems. They shared with them both and encouraged Celia. As they shared the Bible with the two women, the three teenagers pulled out their violin and guitar and shared songs.

Diana said the girls were most impacted by these experiences of worship. As they led songs they’d sung numerous times, the lyrics took on new meaning.

Janeth Pacheco told Rodriguez that this was “a learning moment for her.”

“We have sung this song so many times,” Pacheco told Rodriguez after singing a song with the theme, “God, use me.” As they sang to a Peruvian lady suffering from an illness and in desperate need of hope, “the words that [we] were singing, they were really making sense. They were becoming real.

“We were serving. Not just me, but my music was being used at that moment to bring comfort to these people,” Pacheco continued. “I realized that the message of the music could really impact, and God was using me at that moment.”

For Rodriguez, she was most impacted by the way the people joyfully worshiped without the modern conveniences enjoyed in their Arkansas worship services.

“From the very first moment that we stepped, you could tell the difference – the culture and the country,” she said.

Rodriguez noted that the nationals were, “so willing to worship wherever,” whether it be a park, a home, or a shared building.

But, the most lasting impact from the trip was the eternities that were changed as professions of faith were made among the Peruvians.

Tatiana became a believer after the ladies shared the gospel with her. She showed up to each service the team held and stayed after, asking questions, hungry to learn more about her newfound faith. The team spent intentional time discipling her.

Throughout their time in the country, they saw more than 10 women and youth come to Christ. Like they did with Michel’s family, they followed up with home visits and Bible study while the teenagers from the church conducted spontaneous worship in the homes. Starting the discipleship process was a key component.

The team also spent time out in the community — holding services and making balloon animals to engage kids. Another special time for them was investing in the youth of the area by making authentic Mexican food, getting to know their stories, and sharing the gospel.

IMB missionary Amy Fisher was thankful for this team that came alongside her Peruvian church.

“This is the first time I’ve had a Hispanic church come,” she said. “It was very different, not having to work through translators.”

Fisher said it was also helpful for the teens to come and interact with the youth she works with.

In addition, having a team of all women lent itself to a focus on the women Fisher’s church works with. Rosales’ testimony really resonated with the women she spoke to, as she shared her story of domestic violence. Many of the listeners found themselves in similar situations or know someone in a similar situation.

The flexibility of the team and their willingness to fill in where they were needed was a definite blessing, Fisher said. She encourages any church seeking short-term mission opportunities to be like this team – flexible and willing to serve wherever.