Hispanics in Georgia – a people with a call 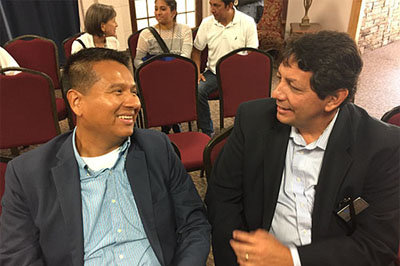 According to the Pew Research center the Hispanics population has reached a record of 58 million in the United States as of 2018. Just the southeast has seen a nearly 70% increase in the last ten years. For instance, Hispanics in Georgia are close to reach the one million mark making it the tenth largest state by Hispanic population.

Gainesville, the home of our church Amistad Cristiana International, has become the first city in Georgia in which Hispanics have surpassed in number to any other ethnicity. Even though the Mexican representation is the largest, in recent years more people from Central, South America and the Caribbean are also becoming part of our Latino communities.

The great majority of our Latino brothers and sisters are hard working people who come from very poor origins with the idea of achieving the so-called American dream. Once here, they have children who become the second generation. This second generation are bilingual in nature and represent what I call the “Spanglish generation." By that I mean that they have both cultures in them – the American and the Latino – and that can be expressed in the way they live, think, speak and even worship.

As recent immigration laws have begun to change, the number of Latinos entering the U.S. are lessening but the number of Hispanic children, teenagers, and young people is rapidly increasing. This second generation is presenting us with a challenge because once they reach the age of 18, they become rapidly unchurched. This is one of the reasons why we must target the second generation as a way to ensure that our children maintain faith values and find in the church a place where they belong and find their purpose in Christ.

These facts are surely presenting Georgia Baptists with a tremendous challenge that we as the people of God need to be aware of and ready to use for ministry. As the Hispanic population keeps growing we need to follow a visionary pattern of doing ethnic ministry – a pattern that includes four cardinal points: evangelism, discipleship, leadership training, and practical ministry. We must help our Hispanic churches become a ministry force. Let me share a few examples of what God is doing through Amistad Cristiana: 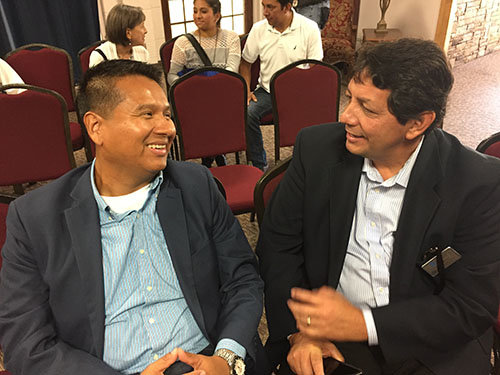 This kind of evangelistic zeal, discipleship of new believers, leadership training, and engagement in practical ministry has resulted in Amistad Cristiana moving recently to a larger facility to accommodate our growth thanks to the partnership of Pleasant Hill Baptist Church who made to us available its former sanctuary.

All this is possible by God’s provision but also through the hard work of our Hispanic brothers and sisters in Gainesville who have understood that in Christ we should not only expect to receive but always be willing to serve and give. As Georgia Baptists we are a people with a call. As more Hispanics are now present in our state, churches should pray purposefully and eagerly seek to engage in these communities understanding that the Gospel is inclusive in its essence and transformational in its scope.