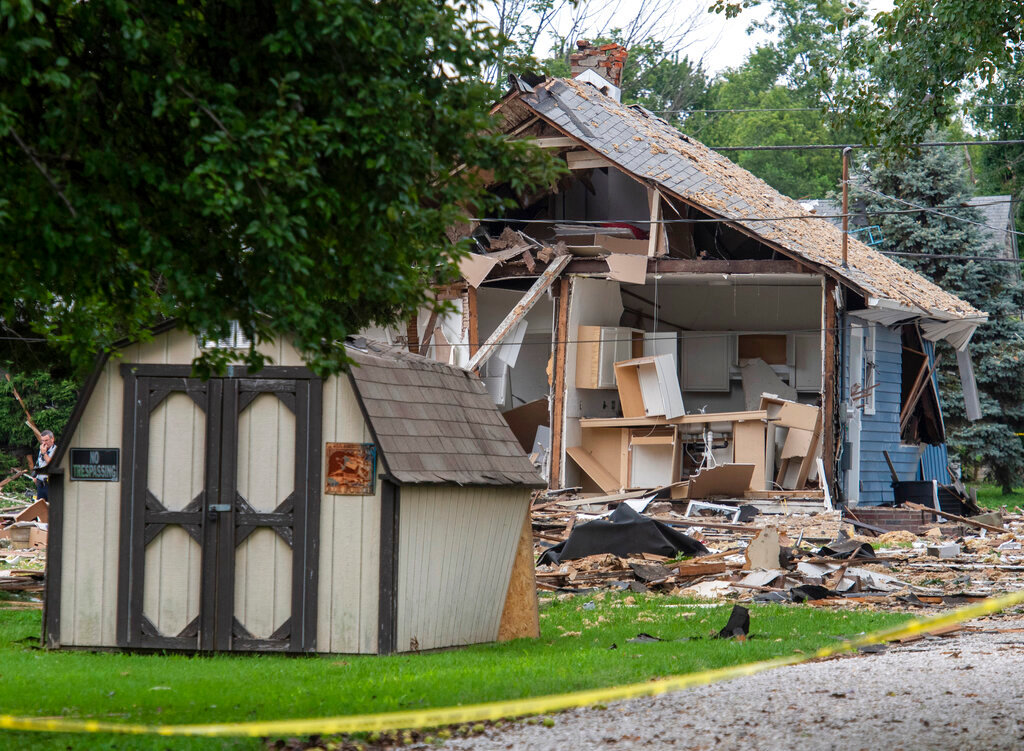 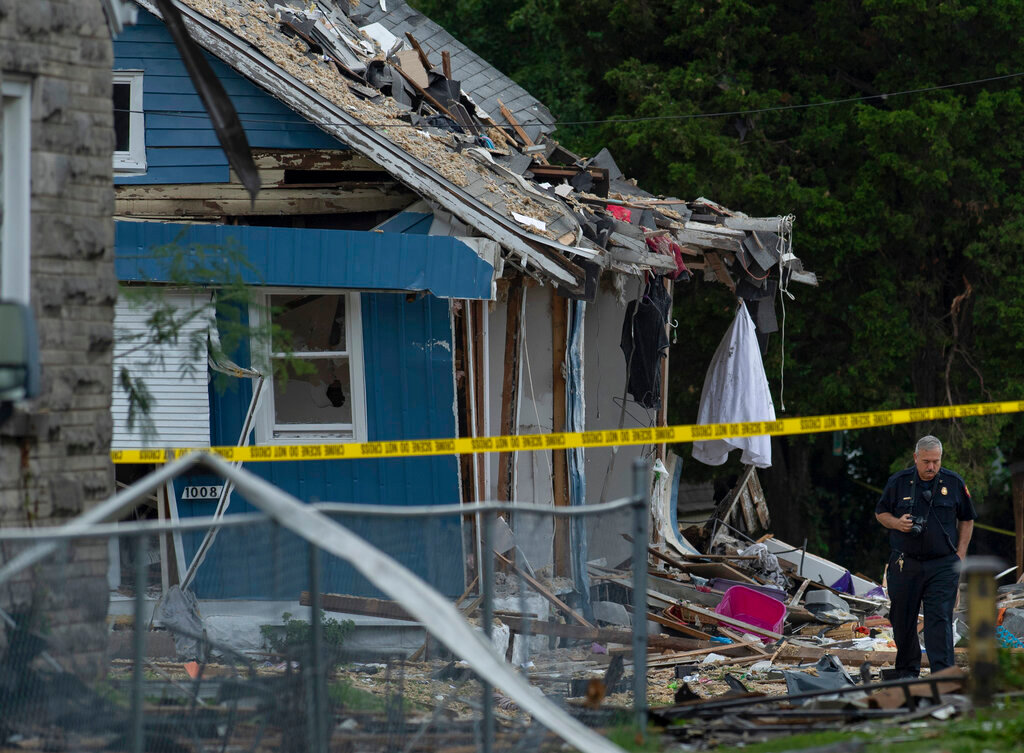 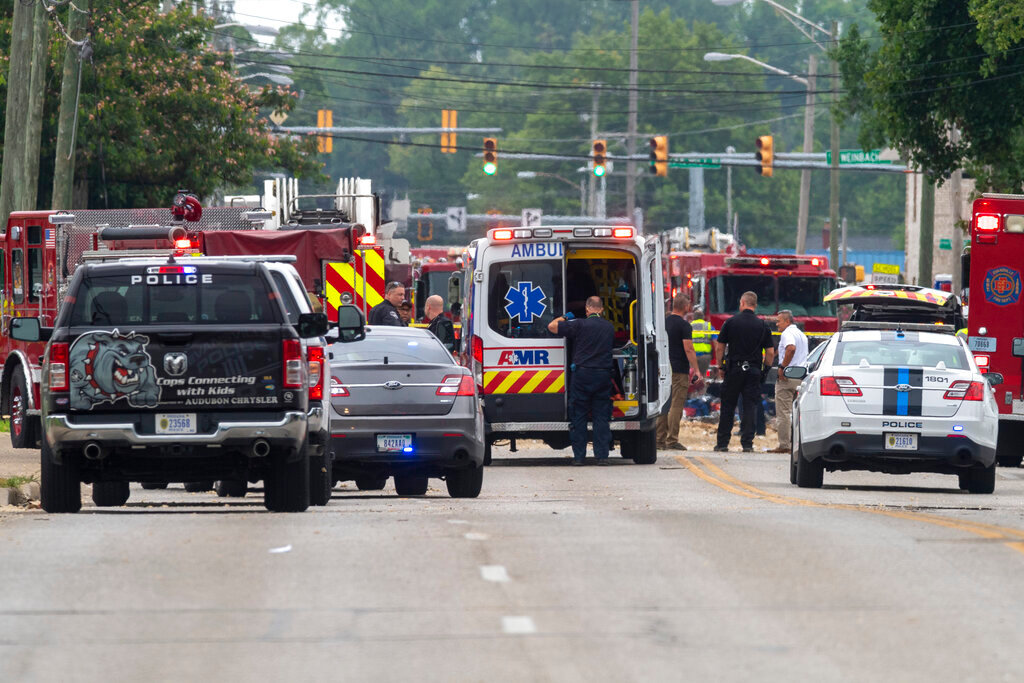 David Anson, chief deputy coroner for Vanderburgh County, told The Associated Press that the identities of the people who died would not be released until the next of kin has been notified.

Evansville Police Department spokeswoman Sgt. Anna Gray said at least one other injury was reported and that victim was taken to a local hospital for treatment.

Evansville Fire Department Chief Mike Connelly said a total of 39 houses were damaged by the explosion at around 1 p.m. He said the department has not confirmed how many of the houses were occupied when the explosion happened because “some were too unstable to enter.”

At least 11 of the 39 homes damaged are “uninhabitable,” Connelly told the Evansville Courier & Press.

The cause of the explosion has not been determined, but the Bureau of Alcohol, Tobacco, Firearms and Explosives was investigating. A phone message seeking comment was left at the Evansville field office of the ATF.

“Debris is strewn over a 100-foot radius," including “typical construction materials” such as wooden boards, window glass and insulation, Connelly said.

Aerial video posted on social media shows damage in a residential neighborhood with police and fire vehicles on the scene in Evansville, on the Kentucky border.

CenterPoint Energy, the local gas utility, was last called to the home in January 2018, Connelly said. CenterPoint issued a statement saying it “worked with first responders to secure the area.”

“CenterPoint Energy is working closely with the Evansville Fire Department, State Fire Marshal and other agencies as the investigation of this incident continues,” the utility said.

Jacki Baumgart, an office manager at Award World Trophies about two and a half blocks from the site of the explosion, said she and other employees in their building panicked when they heard the loud blast and saw smoke.

“We thought a tree fell on the building or a car ran into the place,” Baumgart said. “Debris from the ceiling came down.”

She continued: “Everybody here immediately ran out of the building. We thought the building was going to come down.”