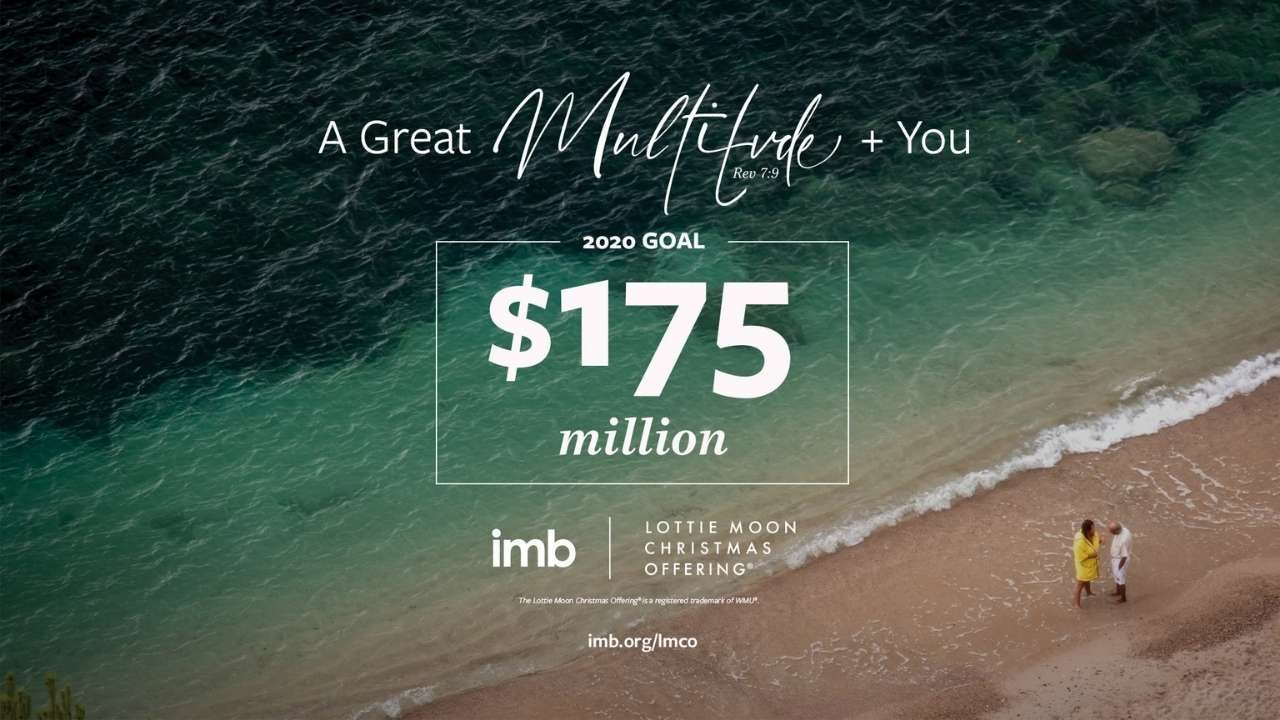 Graphic courtesy of the International Mission Board.

The 2020 Lottie Moon Christmas Offering® goal is $175 million. That number is significant because 2020 marks the 175th anniversary of Southern Baptists sending workers to the nations.

The annual offering makes up almost 60% of the International Mission Board’s revenue and helps to support 3,535 missionaries and their families. Going back to 1888, the year Woman’s Missionary Union launched the offering, Southern Baptists have given over $4.7 billion through the offering.

How do we increase giving by $18 million in the midst of a global pandemic?

Here’s how. We divide it up. We divide the increase among our churches and there are several ways that we can do that.

There are 47,000 Southern Baptists churches. To increase giving by $18 million will require every one of those churches to give an additional $383 this year. But only about half of Southern Baptist churches give to the Lottie Moon Christmas Offering. So if only loyal supporting churches give, they will have to increase their offering giving by about $780 each.

Let’s divide it up another way. You might know that Southern Baptists are the largest and most diverse protestant denomination in the U.S. Our churches report a membership of roughly 14 million people combined. Divided between that number of people, the $18 million increase would require every Southern Baptist to give an additional $1.29. Again consider that only half of Southern Baptists will give, so their giving increase would need to be $2.58.

Here’s my point: it’s a big goal, but it’s doable! We have the blessing of being supported by tens of thousands of churches and millions of church members. And every one of them and every one of us has the capacity to give a little more to see us meet this year’s goal of $175 million.

I am asking that if you have never given to the Lottie Moon Christmas Offering, that you prayerfully give this year for the first time. And if you regularly give, I’m asking that you increase your offering this year.

I believe we can do this. I believe that we can reach record-level giving, even in a year like 2020. I believe because God is leading us and because we are focused on His glory. May Revelation 7:9 remain our vision: a great multitude from every nation, tribe, people and language standing before the throne and before the Lamb.

Paul Chitwood is president of the International Mission Board.